HomeSportsBenzema: We'll 'do something magical' in Madrid
Sports

Benzema: We’ll ‘do something magical’ in Madrid 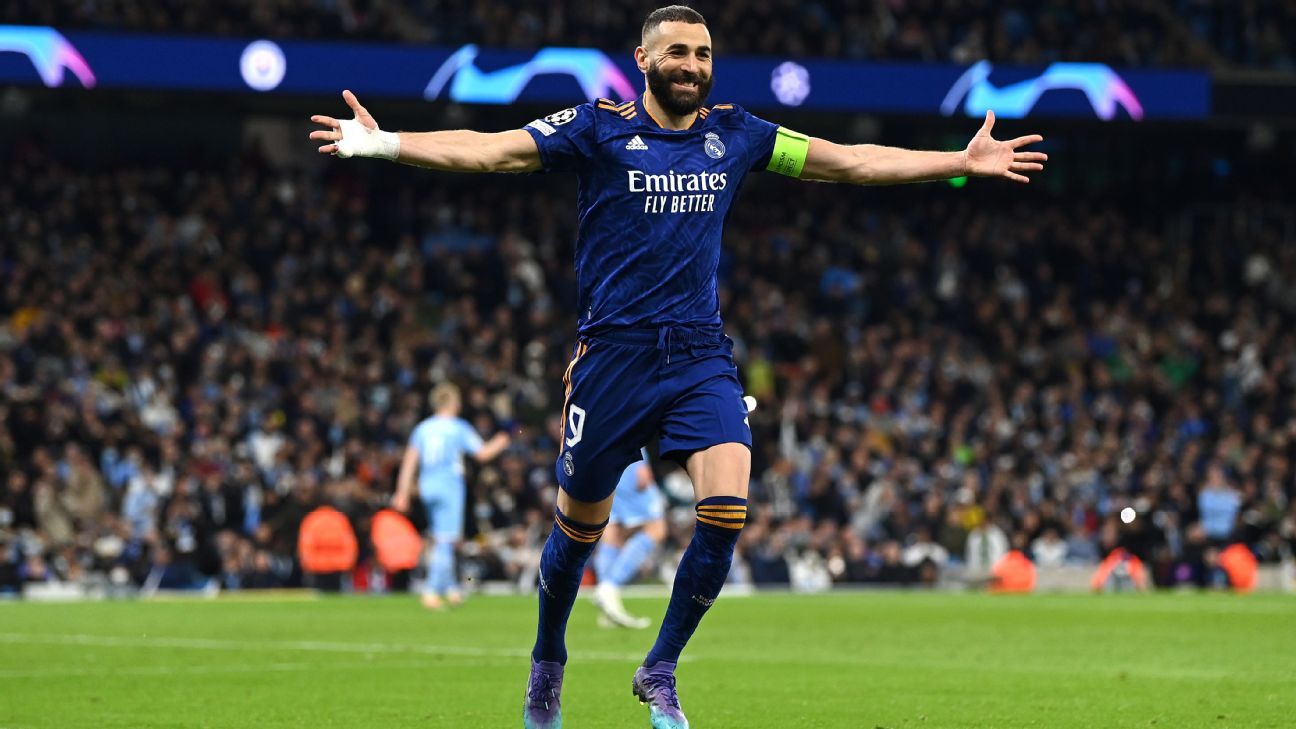 Karim Benzema said Real Madrid “will do something magical” to reach the Champions League final after scoring twice in a thrilling 4-3 defeat to Manchester City in Tuesday’s semifinal first leg.

A breathless start at the Etihad stadium saw Kevin De Bruyne and Gabriel Jesus put a dominant City 2-0 up inside 11 minutes, before Benzema gave Madrid hope with a goal before halftime.

Phil Foden restored City’s two-goal lead, Vinicius Junior scored two minutes later, and Bernardo Silva made it 4-2 before Benzema dispatched an 82nd minute ‘Panenka’ penalty to keep the tie alive ahead of the second leg at the Santiago Bernabeu on May 4.

“A defeat is never good,” Benzema told Movistar. “The most important thing is we never gave up until the end… Now we have to go to the Bernabeu. We’ll need the fans like never before. We’ll do something magical, which is to win.”

Madrid’s Bernabeu stadium has already hosted two dramatic games in these Champions League knockout stages. They overturned a 1-0 first leg loss at Paris Saint-Germain in the round-of-16, Benzema scoring a hat trick in a 3-1 home win.

An extra-time winner from Benzema was required to eliminate Chelsea 5-4 on aggregate in their quarterfinal second leg.

“What can you say about Karim Benzema?” teammate Vinicius Junior said. “He’s a great player, he’s my brother… Let’s hope he can end the season winning LaLiga, winning the Champions League and finish up with the Ballon d’Or.”

Benzema scored his penalty against City after seeing two spot kicks saved in his previous game, a 3-1 LaLiga win at Osasuna on April 20.

“If you never take a penalty, you’ll never miss a penalty,” Benzema said. “I have a lot of self-confidence.”

“We have full confidence [in him]. They were expecting him to put it to the right and he put it down the middle. We have a lot of confidence and hope [for the second leg], with the magic of the Bernabeu.”