HomeEntertainmentCourts opened at 12 because you launched 'suicide attack' on Constitution, Maryam...
Entertainment 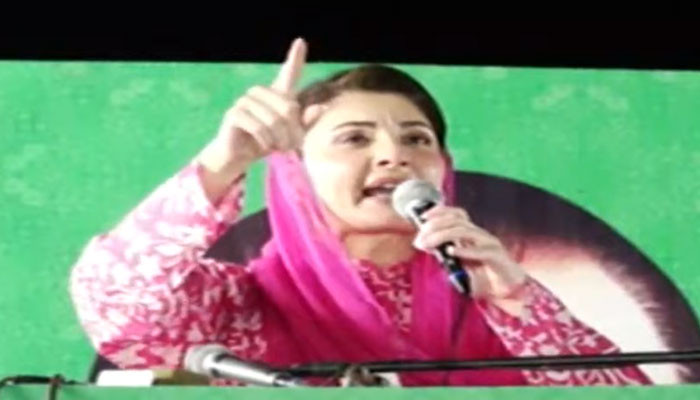 LAHORE: Continuing her attack against Imran Khan, PML-N Vice President Maryam Nawaz said that the courts of the country had to be opened at 12am in the night because the former prime minister had launched a “suicide attack” on the Constitution.

“His (Imran Khan) name should be [changed to] king of liars as he has never spoken the truth,” said Maryam. She added that the former prime minister was “crying” ever since he lost power.

The PML-N leader said that the former prime minister with an “innocent face” questions why the courts were opened at 12 in the night.

“The courts were opened at 12 because you launched a suicide attack on the Constitution,” said the PML-N leader. She also added that the PTI chairman felt that if he “would trample the court orders”, the court would “keep looking” at its face.

She alleged that the PTI lawmakers acted like “thugs” in the National and Punjab Assembly.

“Do they act like this with their parents as well?” asked Maryam. She claimed that President Arif Alvi, Governor Punjab Omar Sarfaraz Cheemz, former speaker Asad Qaiser and ex-deputy speaker Qasim Suri were acting like the PTI chairman’s “employees”.

“Your employees committed treason against the Constitution,” claimed the PML-N leader. She added that her cousin Hamza Shehbaz would take oath as the chief minister of Punjab.

“When you failed you came up with a fake letter,” Maryam said while berating Imran Khan. She added that Imran Khan got a “befitting reply” form the state and the National Security Committee on the letter.

“If institutions are standing with the Constitution then it is a good thing. Why is Imran Khan crying?” asked Maryam. She claimed that the PTI chairman was “crying” because he has a habit of passing exams by cheating.

Earlier Punjab Chief Minister-elect Hamza Shehbaz accused the PTI chairman of making false promises and assured the PML-N workers that Imran Khan would not be allowed to hide behind “fake tears”.

“Maryam Nawaz, Hanif Abbasi, Rana Iqbal and I were sent to prison. They could not prove an ounce of corruption in four years,” said Hamza. He added that the PTI chairman will not be given an opportunity to run away.