Hailey Baldwin reveals she had procedure to close hole in heart 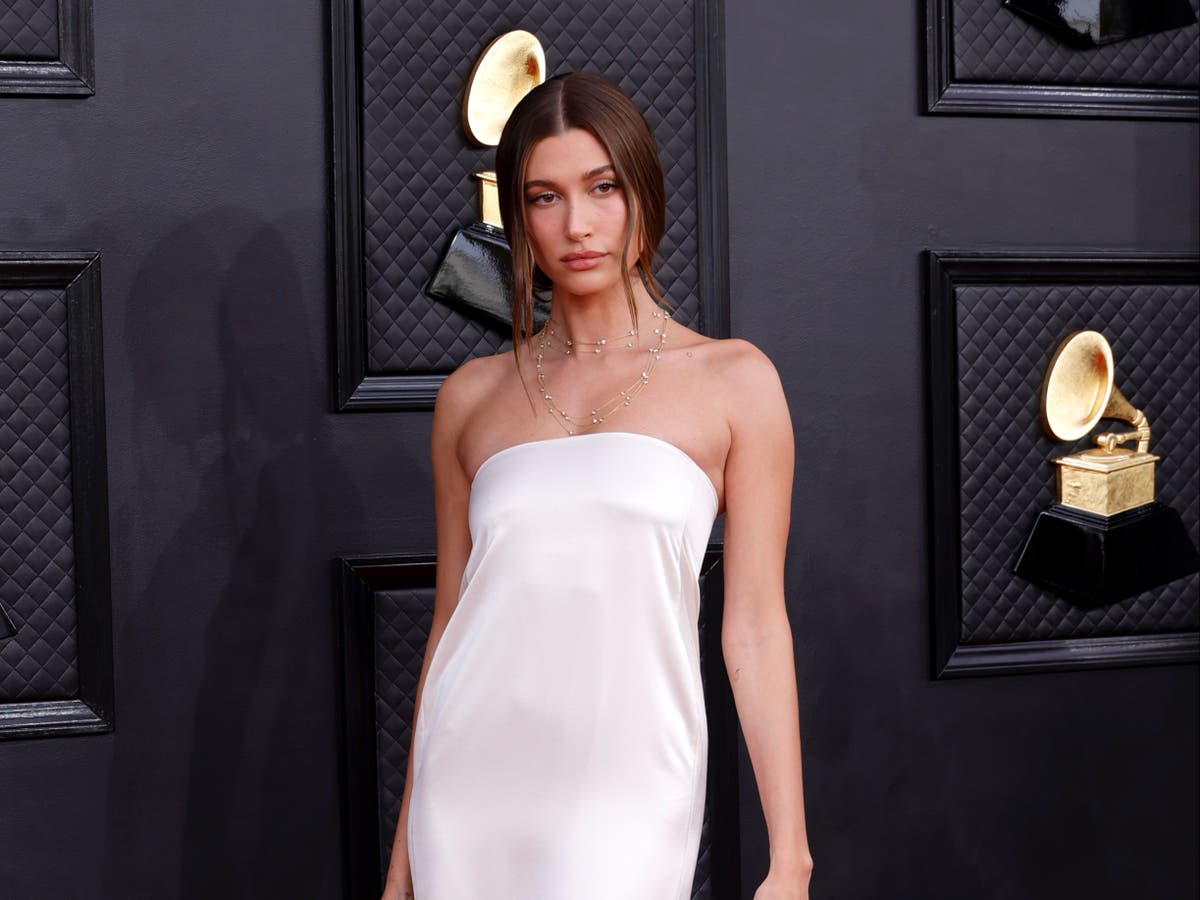 Hailey Baldwin has opened up about her recent health scare, with the model speaking candidly about her hospitalisation last month.

In a video posted to her YouTube channel on Wednesday, which she titled: “Telling my story,” the 25 year old told her fans and followers that she wanted to make the video to “tell the story in my own words of where I’ve been at healthwise in the last month, and kind of what I’ve gone through, and what the story is”.

Baldwin, who is married to singer Justin Bieber, then recalled the “very scary incident” on 10 March, which saw her hospitalised after suffering “stroke-like symptoms” while having breakfast with her husband.

According to Baldwin, while the couple was having breakfast, she felt a “weird sensation” travel down her arm to her fingertips, with the model recalling that it made her fingertips feel “numb and weird”.

Baldwin then recalled how, when Bieber had asked whether she was okay, she wasn’t able to respond, as she noted that she “couldn’t speak” and the right side of her face had begun drooping.

At that point, Bieber asked for someone to call 911, while Baldwin noted that they were also in the presence of a medic, who began to ask her questions and “test” her arms.

“Definitely the scariest moment of my life. I had so many things running through my head,” Baldwin said. “The number one thing being ‘I’m having a stroke, I’m really scared, I don’t know what’s going on.’”

According to Baldwin, her facial drooping lasted for 30 seconds and she was also able to walk, but her ability to speak continued to be impacted. The model also said that her anxiety over the health scare worsened her speech capabilities.

After running tests, Baldwin said her doctors learned that she had suffered a TIA – a Transient Ischemic Attack, which is often called a mini-stroke, as a result of a blood clot in her brain.

Baldwin then noted that her body was able to resolve the issue mostly on its own, and that she didn’t have any other symptoms during her time in the hospital, but that her scans did show she had a “lack of oxygen” to a “certain part of [her] brain”.

After she was discharged without a conclusive answer regarding the cause of the blood clot, Baldwin said she went to see additional doctors at The University of California, Los Angeles.

According to Baldwin, the doctors ultimately concluded that the blood clot may have been caused by three contributing factors: her birth control medication, which she noted that she recently began taking despite suffering from migraines, Covid, and a recent long flight, as she also said that she had travelled “from Paris and back in a really short amount of time”.

“So basically, all of the doctors came to the conclusion that it was a perfect storm,” she said, adding that doctors later determined she had a PFO, a small opening in her heart which typically closes after birth, after she underwent a trans cranial doppler test.

In the video, Baldwin told her followers that she was diagnosed with a Grade Five PFO, which she said is the “highest grade,” and that the small hole in her heart was between 12 and 13 millimeters.

“At this point, I was just grateful that they found it and knew it was there,” Baldwin said, adding that the conlusion was that she had a blood clot that travelled into her heart, and instead of being filtered, the hole in her heart allowed the clot to “escape”. “And it travelled to my brain, and that is why I suffered a TIA,” she said.

According to Baldwin, her doctors recommended she undergo a procedure called a PFO closure, “which is when they go through the femoral vein in your groin and they travel up to the heart and they put this small, little button that buttons closed the flap in the heart”.

Baldwin then revealed that she recently underwent the procedure, and that it went “very smoothly” and she is “recovering really well, really fast”.

“I feel great. The biggest thing I feel, honestly, is I feel relieved that we were able to figure everything out, that we were able to get it closed, that I will be able to just move on from this really scary situation and just live my life,” she said, adding that she felt “a lot of anxiety” throughout the health scare, which made the experience even scarier.

Following the procedure, Baldwin said that she has been taking a blood thinner and aspirin daily, and feels “so much relief”.

After expressing her gratitude to the medical staff that helped her, Baldwin noted that, up until now, she has only told the story to friends and family.

“But I felt like it was important for me to share this because it was already kind of a public situation and people kind of knew but they didn’t really know the full story,” the model said, adding that she’d also wanted to wait until her procedure was done and “had gone smoothly” to “explain everything”.

The 25 year old concluded the video urging anyone who has experienced similar issues to speak to a doctor. In a statement posted at the end, Baldwin added: “I feel very lucky to have had the healthcare resources and family support to be able to deal with this as quickly as I did. I wanted to make this video to share more info and a few resources in the video description below to turn to if you have gone or are going through something similar.”

Baldwin’s health update comes after Bieber spoke candidly to his fans about his wife’s health scare during a tour stop in Denver, Colorado, last month.

During the concert, the Peaches singer told concert-goers that Baldwin was “okay, she’s good, she’s strong”.

“But it’s been scary, you know, it’s been really scary,” he continued. “But I know for a fact that God has her in the palm of his hands, and that’s a good thing.”