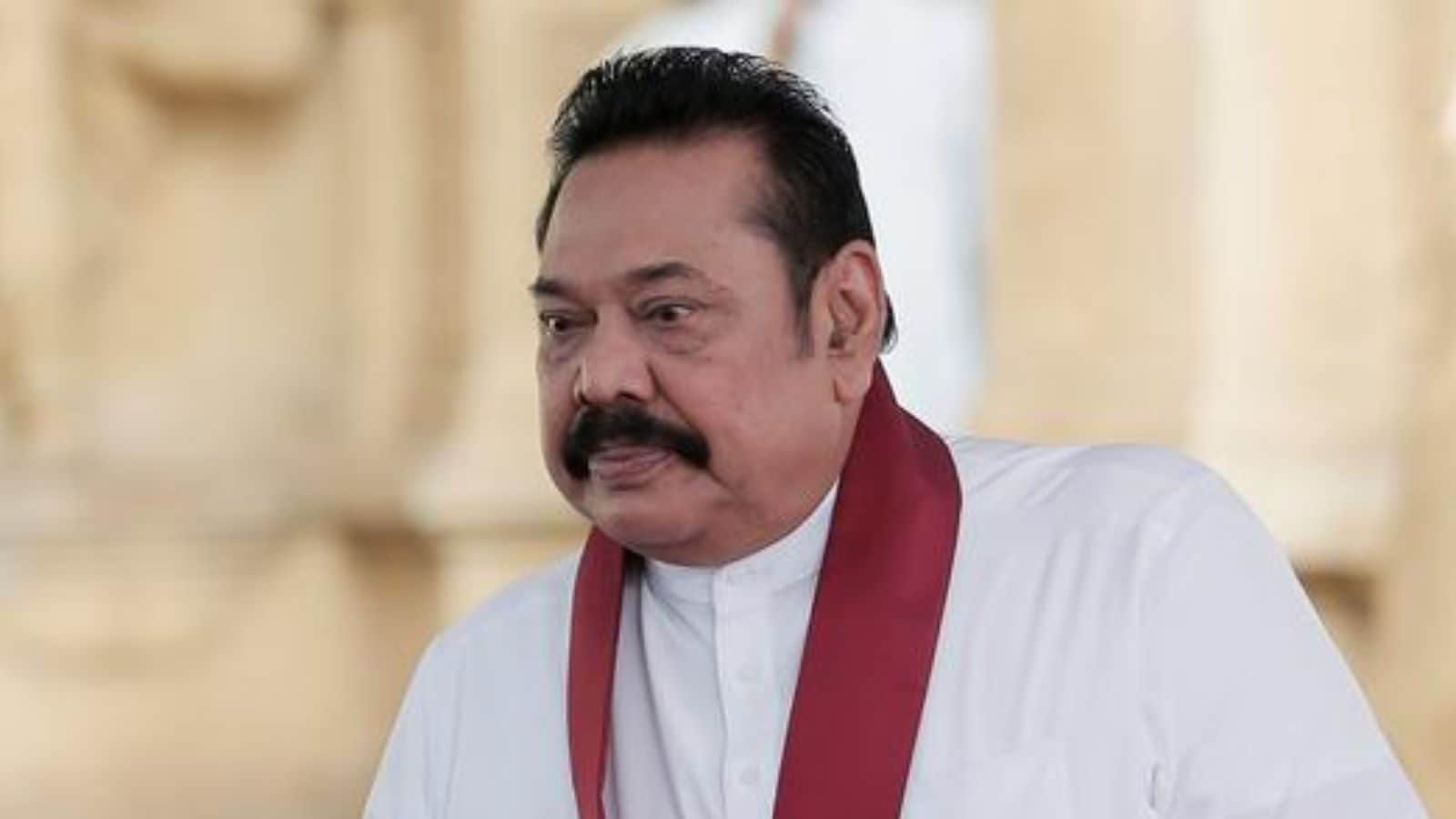 Sri Lanka’s embattled Prime Minister Mahinda Rajapaksa on Wednesday said that President Gotabaya Rajapaksa has not asked him to resign and claimed that they were on the “same page” to resolve the worst economic crisis, amidst reports of a rift between the two brothers in running the debt-ridden island nation. Mahinda Rajapaksa’s assertion came on a day when the Sri Lankan media reported that President Gotabaya Rajapaksa has written to the leaders of political parties affiliated with the government that they could meet on Friday and discuss on an All-Party Government that can be formed after the Prime Minister and Cabinet resigned.

In his letter, the President noted that he had taken into consideration the requests made by the country’s top Buddhist leaders, religious leaders, as well as those from political parties and civil organisations. Sri Lanka is currently in the throes of an unprecedented economic turmoil since its independence from Britain in 1948. The crisis is caused in part by a lack of foreign currency, which has meant that the country cannot afford to pay for imports of staple foods and fuel, leading to acute shortages and very high prices.

Earlier this month, President Gotabaya Rajapaksa had to drop his older brother Chamal and the eldest nephew Namal from the Cabinet in response to the ongoing protests which called for accountability from the powerful ruling family and their inability to address the worst forex crisis faced by the country. In the second week of April, the Sri Lankan government said it would temporarily default on its USD 35.5 billion in foreign debt. The finance ministry said the impact of the COVID-19 pandemic and the war in Ukraine made it impossible to pay its creditors.

Now the beleaguered president is also under increasing pressure to form an interim government. President Gotabaya Rajapaksa had said that he would hand over the government to any group that could muster 113 seats in the 225-member Parliament but would not step down from the presidency.

Prime Minister Mahinda Rajapaksa also last week stressed that there was no need for him to resign or to allow the formation of an interim government without his leadership. In an interview to the Daily Mirror newspaper, the 76-year-old prime minister, currently facing one of the toughest challenges in his political career, dismissed reports of a rift between him and Gotabaya Rajapaksa, 72.

“So there is nothing of that sort what you have said in your question. We are able to sit together and discuss all the present issues and reach agreements on how to move forward,” the prime minister asserted. Addressing a meeting with local government members of the Sri Lanka Podujana Peramuna amidst growing demand for his resignation as well as that of his from anti-government protesters, Mahinda Rajapaksa said, Anyone can make an allegation, but those allegations need to be proved. We cannot turn our back on the Constitution and leave, by simply allowing the country to go into a state of anarchy.

The President had never asked me to resign and I do not believe he would ask me to do so, he told the meeting. Mahinda Rajapaksa also urged the people to be patient, stating it was not practical for him and the President to resign because they had been elected through a mandate.

He asserted that only certain sections of the people were protesting against the government. “There are some groups within these sections who are those who were always against us. It is these people who are asking us to go,” “But it is not practical. We came in through a mandate. Just because certain people want us to go does not mean we will go. We have got a mandate and if people want to change us, they can do it through an election,” the prime minister said, hinting that he won’t resign before Friday’s meeting to form an all-party government as suggested by the president. Mahinda Rajapaksa claimed that the people will vote for him in the next elections, because they know “who I am and what I am.” “I have that confidence. See, those masses are not protesting against me. Just because certain sections are calling on me to go, does not mean those hundreds of thousands who voted for us, want us to go. These protestors alone do not represent the entire population, although their views are also respected,” he said.

“We are here because the people want us. The day the people want us to go, we will go. In 2015, we lost the elections. And then in 2019 we came back. So the majority are with us,” the prime minister emphasised. In response to a question on the performance of the President, he said, “I personally feel Gotabaya Rajapaksa has performed well and done a fantastic job. It is true that we are facing issues today, but we are also working hard to restore normalcy as soon as possible.” .