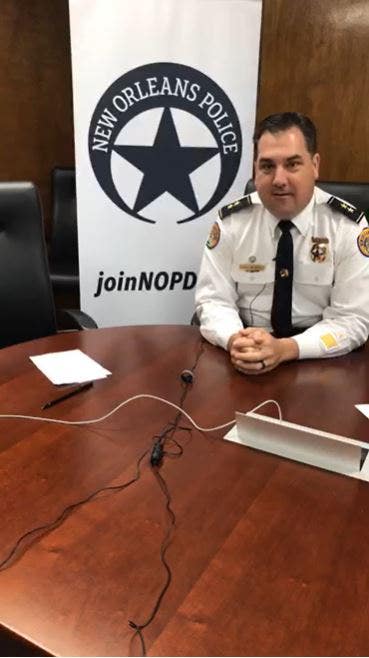 New Orleans is expected to lose another high-ranking police officer to another department, according to media reports, as the nationwide crime crisis continues to grip the Big Easy.

Deputy Superintendent Paul Noel is expected to be named Thursday as the chief of the Knoxville Police Department in Tennessee, Fox affiliate WVUE-DT reported.

Noel’s departure would be the fourth high-ranking member of Superintendent Shaun Ferguson’s administration in recent months. Fox News Digital has reached out to the New Orleans Police Department about the matter.

A spokesperson for the Knoxville Police Department declined to confirm Noel as the new chief.

The departure comes as New Orleans is battling a crime surge, similar to many other cities.

As of Monday, the city had 89 homicides, compared to 61 in the same time frame last year, according to data from the Metropolitan Crime Commission.

Shootings are up slightly from 145 last year to 152 as of Monday. Robberies, armed robberies and carjackings are also up compared to 2021.

One fed-up New Orleans homeowner who said she had had her home twice broken into told local station WGNO-TV she has “a better chance of calling Ghostbusters,” given the lack of response she received from the police department.

The department is also reeling from staffing shortages, which a police spokesperson said is part of a nationwide problem across many law enforcement agencies.

“Law enforcement agencies around the country are facing the same challenges related to recruiting and retention of police officers. This is not unique to New Orleans,” NOPD Public Information Officer Gary Scheets said. “Operational plans are developed to strategically deploy resources with the utmost regard for ensuring public safety.”