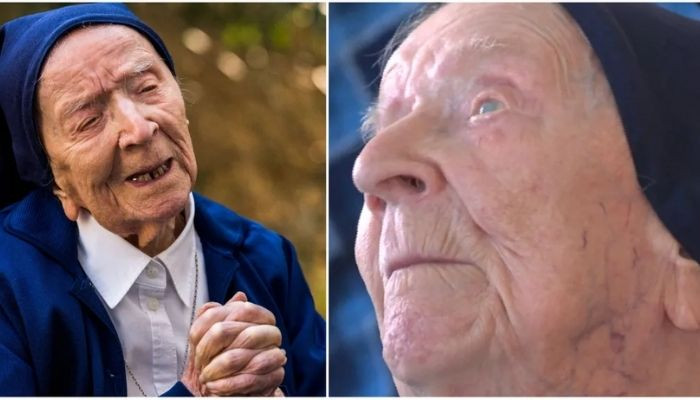 A French nun, Sister Andre, who has set the new record for the oldest person alive, shared the secret to a long life: chocolates and a glass of wine daily.

“Her (daily) glass of wine maintains her, which is perhaps her longevity secret. I don’t know – I don’t encourage people to drink a glass of wine everyday!” said a staff member from Sister André’s care home.

Previously, before Tanaka’s death, she had the title of the oldest woman in Europe.

GWR reported that she was born on February 11, 1904. She lived through some of the biggest events in the history of the world such as World War I, the Spanish Flu, and the second World War.

Andre also set the record for being the oldest COVID survivor in 2021.

She currently lives in a nursing home in Toulon.

Sister Andre now wishes to break the record of Jeanne Louise Calment who is known to be the world’s oldest person ever having died at the age of 122 years and 164 days old.

She says that Calment’s record “is within her reach, if she’s going to stay on Earth, she might as well make it.”