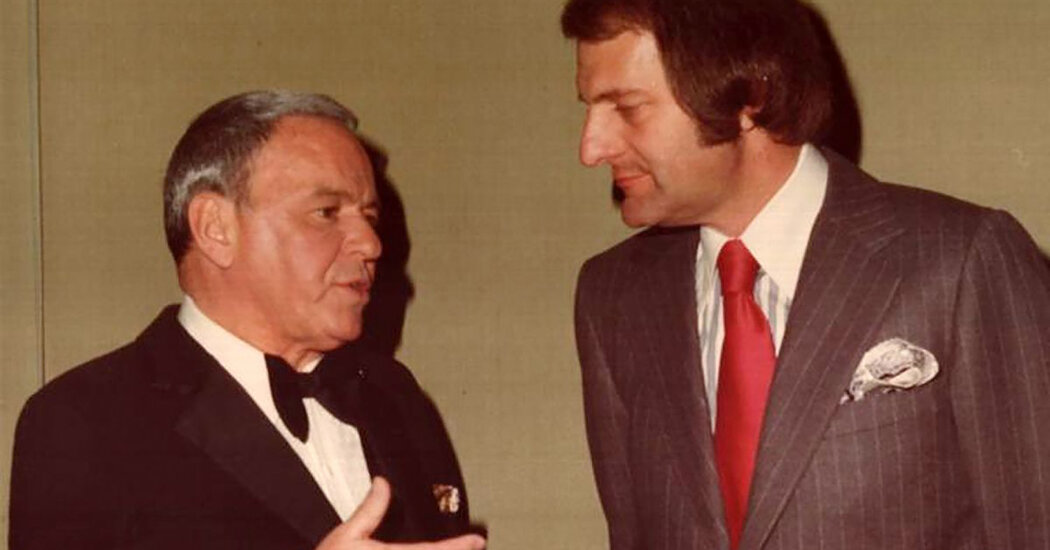 Sid Mark, a longtime disc jockey in Philadelphia who made Frank Sinatra’s songs the center of his musical universe for more than six decades, died on April 18 in Bryn Mawr, Pa. He was 88.

His daughter, Stacey Mark, confirmed the death, in a hospital, but did not cite the cause.

Mr. Mark brought a warm, conversational style to his broadcasts. Between selections from his trove of vinyl albums and CDs, he offered bits of his aficionado’s knowledge, told stories about hanging out with Sinatra and played snippets of interviews with him.

He hosted three shows on various Philadelphia radio stations: “Friday With Frank,” “Sunday With Sinatra” and the syndicated “The Sounds of Sinatra,” which has run for 43 years and at its height was heard on 100 stations. He also hosted a fourth, “Saturday With Sinatra,” on stations in New York.

In 1966, Sinatra’s office invited Mr. Mark to Las Vegas to see him perform as a reward for helping to stoke sales in Philadelphia of the singer’s newly released live album, “Sinatra at the Sands,” by playing it nonstop for a week.

While there, he dined with Sinatra and a group of other stars, including Jack Benny, Lucille Ball and Milton Berle. Afterward, Mr. Mark recalled, Sinatra told him, “I’ll see you at the show,” but Mr. Mark said that he and his wife, Loretta, did not have tickets.

“He thought that was pretty funny, as did everyone at the table,” Mr. Mark told Vice.com in 2009, “and he gave me a little pinch on the cheek and said, ‘No, you’re sitting at our table.’ I walked in with all these celebrities and everyone knew who everyone was, but they had no idea who we were. Like ‘Who’s that with the pope?’”

It was the start of a friendship that lasted until Sinatra’s death in 1998. Mr. Mark attended many of Sinatra’s performances and would sometimes visit him at his suite at the Waldorf Towers in Manhattan. At times, during a concert, Sinatra would single him out from the audience.

“I love him, and I say that publicly, I love him,” Sinatra said in 1991 at the Spectrum in Philadelphia. “He’s one of the best friends I’ve ever had in my life.”

Sidney Mark Fliegelman was born on May 30, 1933, in Camden, N.J. His father, Aaron, and his mother, Sylvia (Pfeffer) Fliegelman, owned a variety store in Camden. The family lived above the store, where Sid got his first taste of Sinatra’s music by listening to his sister Norma’s records. He hoped to one day get a job in radio.

Mr. Mark stopped using his surname early in his career but never changed it legally.

After his discharge in 1955, Mr. Mark got a job at the Red Hill Inn, a jazz club in Pennsauken, N.J., as a talent coordinator. His responsibilities included driving artists like Count Basie and Duke Ellington to and from their hotels. They would often talk about Sinatra, further stoking Mr. Mark’s interest in his music. More important, he was hired around that time as a disc jockey at WHAT-AM, a jazz station in Philadelphia. He hosted a one-hour show called “Sounds in the Night.”

One night in 1955, when the station’s overnight D.J. did not show up, Mr. Mark was asked to fill in.

“It was a show called ‘Rock and Roll Kingdom,’ and I wasn’t going to do that,” he told The New Yorker in 2021. He asked his audience what they wanted to hear, and one fan suggested playing an hour of Sinatra’s music. “The all-night guy got fired for not coming in, and they kept me on.” Several months later, in 1956, the show formally began its run as “Friday With Frank.”

By the early 1960s, Mr. Mark’s popularity in Philadelphia was growing. He was hosting “Friday With Frank” and a daily six-hour jazz show, “Mark of Jazz,” which would run for nearly two decades, on WHAT. He also had a weekly jazz program on local public television.

In addition to his daughter and his son Brian, Mr. Mark is survived by his wife, Judy (Avery) Mark; two other sons, Eric and Andy Fliegelman; and two grandchildren. His marriage to Loretta Katz ended in divorce.

The playlists of Mr. Mark’s Sinatra shows did not consist entirely of solo recordings by Sinatra. He also played duets Sinatra recorded with singers like Liza Minnelli, Lena Horne and Sammy Davis Jr., as well as records by Dean Martin, Tony Bennett and Davis.

There have been other Sinatra devotees on the radio over the years. William B. Williams emphasized Sinatra’s music on his “Make Believe Ballroom” on WNEW-AM in New York (and gave him his nickname Chairman of the Board). Jonathan Schwartz was known for his loyalty to Sinatra on several New York stations. But with four Sinatra shows, Mr. Mark was probably singular in his commitment.

“D.J.s can often be disappointing in person, which was not the case with Sid,” James Kaplan, the author of a two-volume biography of Sinatra — “Frank: The Voice” (2010) and “Sinatra: The Chairman” (2015) — said in a phone interview. “He was physically impressive, a tall, striking-looking guy who had a real warmth. He didn’t have a phony atom in his body, and he had a true love of Sinatra and everything about Sinatra. His enthusiasm was real.”