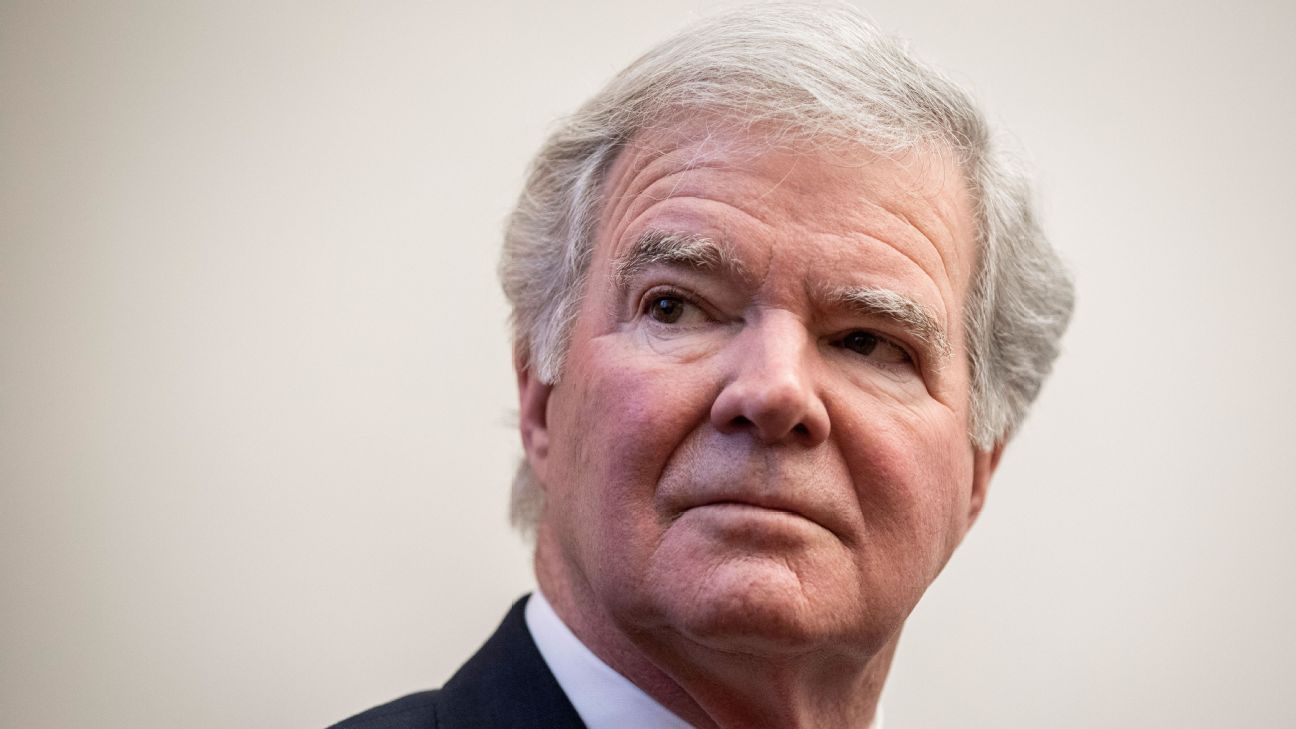 IRVING, Texas — One day after the NCAA announced president Mark Emmert will step down by 2023, several high-ranking leaders throughout college athletics on Wednesday agreed it’s the right time to find a new leader, but the position is as ambiguous as the future of the organization itself.

“It’s a unicorn,” Pac-12 commissioner George Kliavkoff said. “That’s a really, really difficult job. Not an enviable one, and I’m not sure anyone would want it.”

The hire comes at a turning point, as the NCAA is in the midst of restructuring its entire organization while the transfer portal and name, image and likeness (NIL) rights have already created unintended consequences.

“There’s a major transformation going on right now,” said ACC commissioner Jim Phillips, who was a member of both the NCAA’s constitution committee and transformation committee. “We’re not sure where it’s going to end up. And I think if you’re going to pass the baton to a new leader, it’s probably the right time. And I know that the board’s indicated they have all the way until next June and I think that was a very intentional decision because they want to see the work that’s being done, see where we find ourselves. Maybe there would be a little bit of overlap, and then eventually a changing of the guard.”

Mountain West Conference commissioner Craig Thompson, who is the most senior FBS commissioner and joined the others this week for the annual College Football Playoff spring meetings, agreed with Phillips.

“The timing is perfect because there’s a bit of a ramp-up of more than a year potentially,” he said, “and let’s define what the NCAA is going to look like, and go backwards.”

American Athletic Conference commissioner Mike Aresco said he’s concerned that once the NCAA’s structure is determined, nobody will like it because it could be a pay-for-play scenario that siphons money that could otherwise be used for things like nutritional programs and facilities. Aresco said it’s critical the next leader of the NCAA knows what his or her role will be.

“Will he or she simply be in charge of dismantling the NCAA? And having all the decision-making devolved to the conferences or the schools?” Aresco said. “Or will that person be expected to be a transformative figure and try to get some of these issues resolved or under control? You know, NIL is not what we expected, wanted it to be. It’s the Wild West. It isn’t NIL, it seems to be buying players and making sure you retain them, and that’s not what was intended. The portal and NIL have created a perfect storm. … What’s our mission? Is this going to become semi-pro sports, or is there going to be any retention of the amateur model? Those are all things that are going to face a new president.”

NCAA member schools adopted a new constitution in January and are in the process of changing the organization’s structure and mission. Many expect the NCAA’s responsibility to diminish significantly as more autonomy is transferred to the conferences and schools. Mid-American Conference commissioner Jon Steinbrecher said the transformation period Emmert initiated “provides a really good pivot point.”

“I’m going to be anxious to see what the Board of Governors comes back and draws up in terms of what are they looking for in the next leader?” Steinbrecher said. “And are we looking for a leader in the short term, the next two, three years to get us through this period of time? … or is this going to be someone who’s going to come in and be with us for the foreseeable period of time?”

Alabama athletic director Greg Byrne, who attended the CFP meeting to give feedback on this past season’s postseason experience, said the next NCAA president needs to have “a pulse of where this is evolving to, and be progressive rather than reactive.” Byrne said he didn’t know what the NCAA will look like in five years.

“It has to be different, and what I hope is that we still have the ability to have broad-based programs that gives a wide variety of young men and young women to come in and compete at all different levels,” he said. “Not everyone is going to come in and compete for Alabama, and that’s OK. … I hope we can get to the point where we recognize that there is so much good in what takes place in college athletics and if we don’t do a better job of controlling the narrative, then it could look different down the road.”

Kliavkoff questioned whether the NCAA in its current structure will even continue to exist for the new leader.

Amy Perko, CEO of the Knight Commission, stressed that the group believes it’s “critical” for the Division I Board to include independent directors who aren’t employed by the universities because it has been “too insular in its thinking.”

“If the composition of the board is not changed, it may not matter who the next leader is,” Perko said. “All of those people do have self conflicts of interest. They’re employed by the universities and conferences that benefit from the current system and the current ways of doing things.”

SEC commissioner Greg Sankey said it’s important the NCAA engages with the people who are leading the leagues and athletic programs in order to understand the demands.

“We work in the SEC with great university presidents who talk to their commissioner, we talk to their ADs, that kind of collaborative effort,” Sankey said. “I think it’s a pretty good model. So while the Knight Commission may opine about independent members, what I think we need is effective vision, clear vision, effective leadership.”

When asked if he had any interest in leading the NCAA, Sankey said, “No, I’m busy with what I do.”

He wasn’t the only one distancing himself from the opening. Washington State president Kirk Schulz on Wednesday issued a statement saying he is “not interested in being considered as the next NCAA president.”