‘Sex Roster’ Devised By Brazil Model With 9 Wives. Here’s Why It Failed 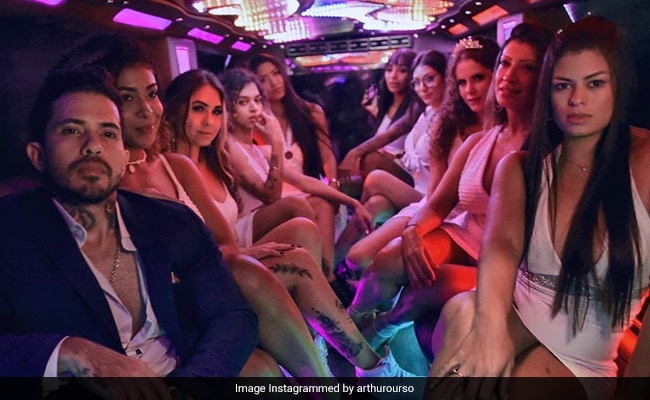 After facing a lot of challenges, the model decided to give up the ‘sex rota’. (File)

Managing multiple partners apparently is a lot of work! It is no different for a Brazilian man who claims to have married nine women and to keep each of them happy had even devised a ‘sex time table’!

The model and influencer, Arthur O Urso has been trying to implement different things to strengthen his marriage with his nine spouses and has apparently created a ‘sex rota’ so none of the women feel left out.

According to a US-based media outlet, Arthur claimed he struggled to satisfy all his partners equally, so he initially established a romp “rota” so he could fulfill each wife’s individual needs.

“They all want to fulfill my sexuality at any cost,” New York Post quoted Arthur as saying.

However, it’s not as dreamy as it sounds. Finding the sex schedule too structured and stressful, Arthur had to finally dismantle the system.

“Following a timetable caused a lot of problems and sometimes I felt like I had to have sex because of the schedule, and not for pleasure. On other occasions I had sex with one wife while thinking about another,” Arthur said.

After facing a lot of challenges, Arthur decided to give up the ‘sex rota’.

“It (the sex schedule) didn’t seem right so we got rid of it and now the sex flows naturally, it’s been great,” he added.

He also shared that his wives don’t mind sharing a sex partner, but do get jealous when he buys one “more expensive” gifts than the rest.

Arthur was already married to Luana Kazaki when he made headlines last year after exchanging vows with eight other women in a bid to “celebrate free love ” and “protest against monogamy”.

Reportedly, he is currently facing divorce from one of his wives who wants to separate since she wanted him all to herself.