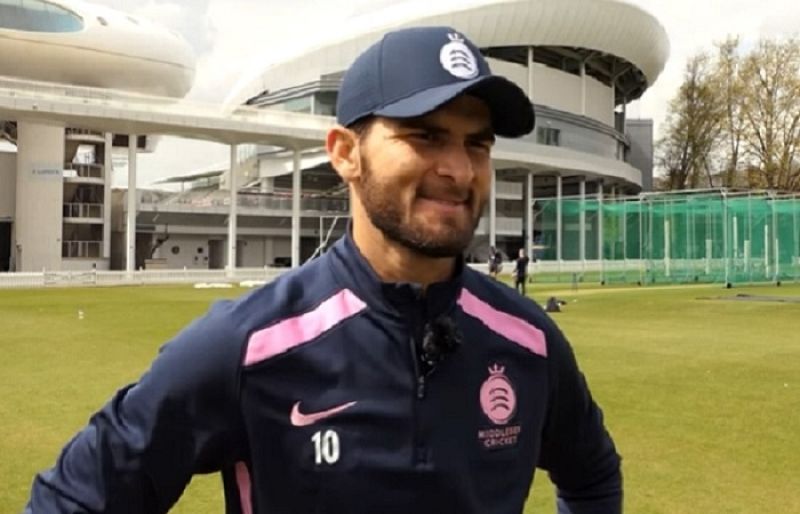 Pacer Shaheen Shah Afridi says he will be living a dream when he makes his Middlesex home debut at Lord’s on Thursday.

The towering left-arm quick has signed to play for the English county club, based at the London ground — the game’s spiritual home.

“It’s every cricketer’s dream to come here and play at the home of cricket,” Afridi told reporters at Lord’s on Wednesday ahead of Middlesex’s match against Leicestershire.

Afridi has already starred at the ground, taking 6-35 against Bangladesh during a 50-over 2019 World Cup match.

“When you play for your country you always feel proud and that came against Bangladesh so it was a good game for me as well.

“As a youngster, you’re playing in a World Cup game and you take six wickets so yes, it’s a big high for me and one of the best memories for me.”

Afridi, one of the rising stars of world cricket, with 95 wickets in 24 Tests at an average of 25, is set to play his maiden first-class match at Lord’s, having made his Middlesex debut away to Glamorgan last week.

Middlesex, who play in the second division of the County Championship, won that match by an innings and 82 runs, with 22-year-old Afridi taking four wickets.

“The first game, everywhere you go, is crucial,” said the paceman, who twice dismissed Australian Test star Marnus Labuschagne in the match — after taking his wicket three times in the recent Test series between Australia and Pakistan.

Afridi’s captain at Middlesex is another Australia batsman in Peter Handscomb.

“It’s nice being on this side, definitely,” said Handscomb, 31, who last played Test cricket in 2019.

“Not so nice in the nets, but out in the middle it’s nice having him on your team.

“That first game, the energy he had running in, the pace on the ball.

“He always wanted another over, so that energy is great to see from someone just coming in. The boys loved him, loved everything that he brought.

“I hope that’s a good sign to come for the next few games.”

Afridi is getting acclimatised to English conditions in more ways than one.

“Last week I felt cold, but it’s really good for me here. I spent time with my cousin and friends and my teammates as well in the first game and we really enjoyed that time.”

Afridi’s time in England will take him around the country but there is one location that counts above any other, as far as he is concerned.

“Lord’s is the one ground I like. Everything comes second after Lord’s.“