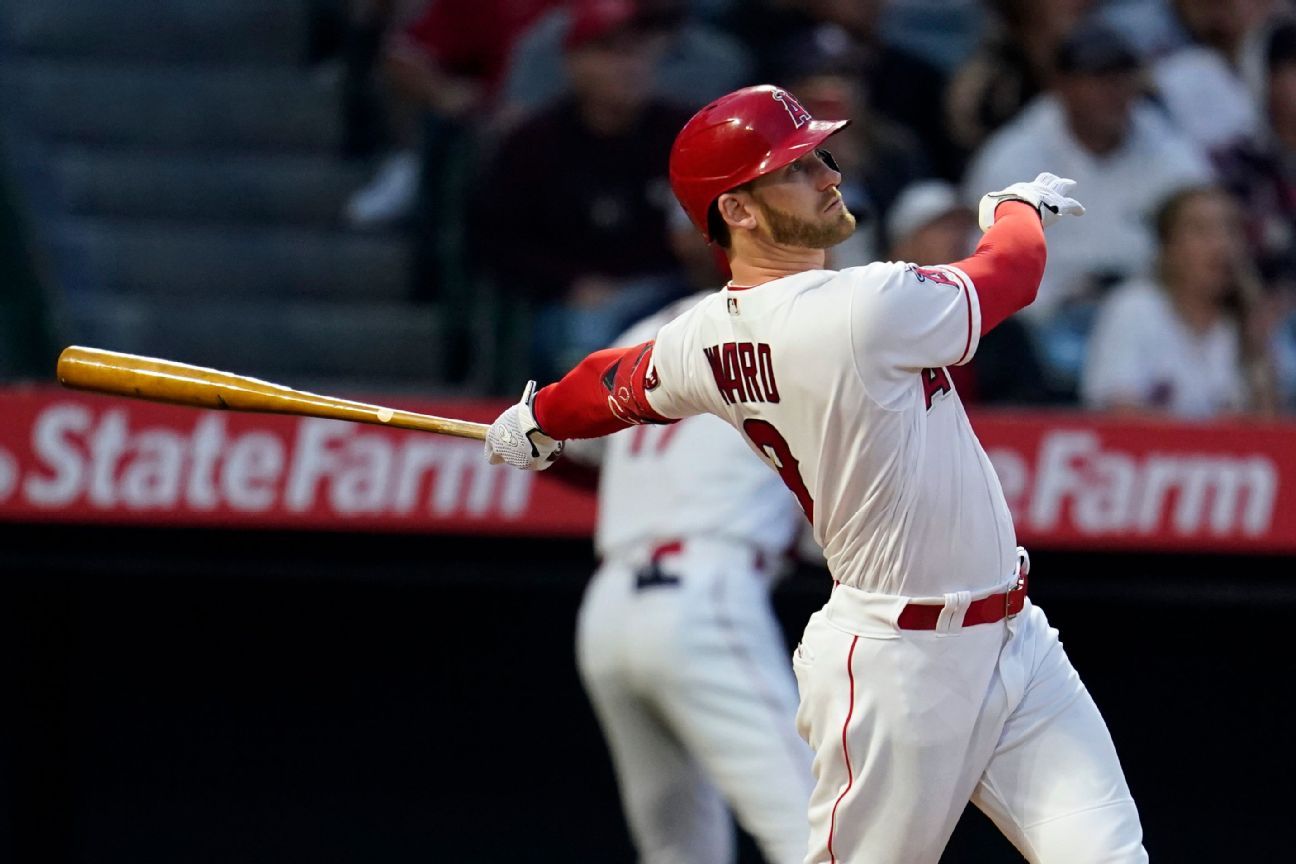 ANAHEIM, Calif. — Taylor Ward came to bat in Wednesday’s seventh inning having already accumulated a home run, a triple and a double. The thought of hitting for the cycle, Ward said, seeped into his mind and made him overly aggressive. It prompted him to swing immediately and produce a harmless fly ball to right field, ending his bid for only the ninth cycle in Los Angeles Angels history after just one pitch.

“It’s something I’ve learned,” Ward said after the Angels’ 9-5 victory over the Cleveland Guardians. “I’m gonna live and learn through this moment.”

Ward, 28, has done a lot of learning while navigating the path of a former first-round draft pick who is just now starting to make his imprint in the major leagues. His performance on Wednesday — a double down the left-field line in the first, a high-arching grand slam to right-center in the second and a line-drive triple off the center-field wall in the sixth — lifted his slash line to .395/.531/.816 through his first 11 games this season.

The Angels were so impressed with Ward during spring training that they designated Justin Upton for assignment five days before Opening Day, with $28 million remaining on the final year of his contract, to open up additional playing time. A mild groin strain forced Ward to the injured list to begin the season, but he has become one of the Angels’ most productive hitters since his activation, playing right field on an everyday basis and settling into the leadoff spot of a lineup headlined by Mike Trout and Shohei Ohtani.

“Honestly, it’s something that I feel like should’ve already been happening,” Ward said when asked what it meant to be producing at this level in the major leagues. “But I’m here now. And I’m blessed to be here. I just want to keep the blinders on and stay focused on this season.”

The Angels made Ward the 26th overall pick out of Fresno State in 2015. He came up as a catcher, went through ups and downs while matriculating through the Angels’ system, switched to third base three years later, began seeing time in the outfield shortly thereafter and struggled with inconsistent playing time in the major leagues, batting .230/.305/.388 in 534 plate appearances from 2018 to 2021.

But the Angels began to notice signs of encouragement toward the tail end of the minor league season last year. He had flattened out his bat path and eliminated some of the loft he had picked up while trying to lift the ball, but mostly his mindset changed.

“That’s been big for him,” Trout said. “He stays middle-middle, right-center, he’s gonna do well up here.”

Ward, Ohtani and Trout combined to go 8-for-12 with six extra-base hits from the top three spots of the lineup on Wednesday, a sign of what the Angels’ offense can do when it clicks. According to STATS, Ward became the second player in baseball’s modern era to record a double, a triple and a grand slam while scoring four-plus runs in a single game, joining Roger Maris, who did it on Aug. 3, 1958. With one single, he would have become the first Angels player to hit for the cycle since Ohtani on June 13, 2019.

“Watching him from the on-deck circle, he just has a vibe like he’s gonna get a base hit every time,” Ohtani, who compiled three hits and also pitched five innings of two-run ball, said through his interpreter. “I’m sure the opposing pitchers are feeling the same thing.”