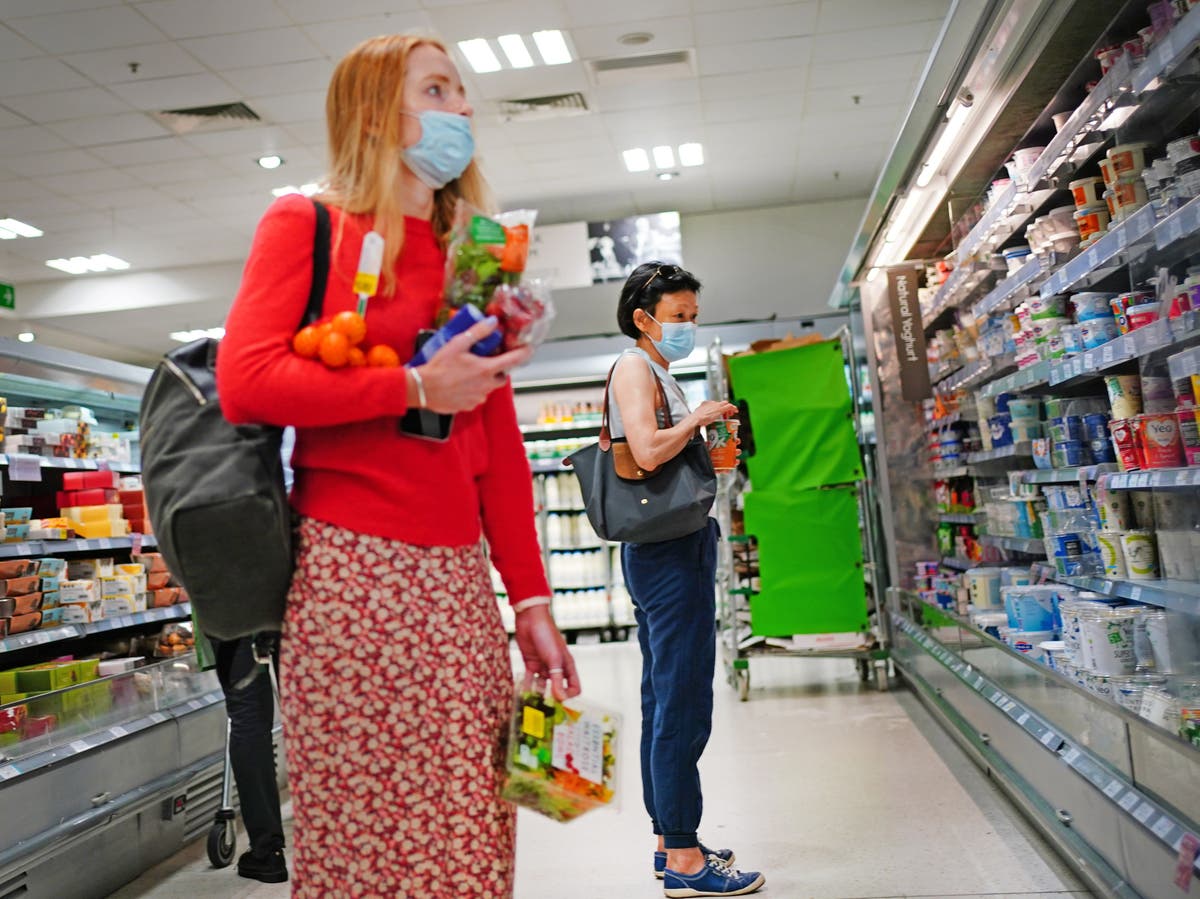 A government plan to slash tariffs on food imports will do almost nothing to help households through a cost of living squeeze that threatens to throw more than a million people into poverty, new analysis indicates.

Ministers hope that the move – said to be backed by Boris Johnson – will reduce grocery bills, which have risen by an average of £271 in the last year and are expected to increase further in coming months.

The Treasury has resisted calls to offer further financial support to struggling families, telling government departments to find ways to ease the impact of rising living costs without spending any money.

New analysis of official figures for The Independent by the Trade Policy Observatory at the University of Sussex, shows that scrapping import charges on food would have only a marginal impact on the prices of a narrow range of items.

It would also take many months for any changes to occur, meaning it would not help people facing immediate living-cost pressures.

The majority of the food consumed in Britain is already tariff-free because it is produced in the UK or by trading partners with which agreements have been negotiated, notably the EU.

Approximately 66 per cent of the UK’s food imports come from the EU. Of the 34 per cent of food imports from non-EU countries (£12.9bn), a fifth already face no tariffs. Three-fifths (£7.5bn) of imports are subject to tariffs of more than 5 per cent.

The Trade Policy Observatory’s analysis shows that Britain’s biggest imports from outside the EU, such as citrus fruits, generally do not face high tariffs, so any savings from the government’s proposed policy would be minimal.

Goods that are currently subject to high tariffs, such as beef, lamb and dairy, are generally sourced from within the EU.

Sam Lowe, director of trade at consultancy Flint Global, said that lowering tariffs on non-EU beef, for example, might lead businesses to source from countries such as Brazil, but it is far from certain that they would do so and it would take time to build new relationships.

“For this to work, you have to assume that the tariff removal leads to people buying from somewhere that they didn’t buy from before at a cheaper price, and that they pass that saving on to consumers,” he said.

A move to cut tariffs on meat and dairy imports would also provoke anger among British farmers who would face extra competition from lower-cost markets. In addition, it would reduce the government’s leverage when negotiating trade deals with other countries.

Alternatively, the government may look to reduce tariffs on a narrow range of goods which are not made in the UK, so as not to upset domestic producers.

“It’s difficult to find goods that we don’t produce in the UK and which also have tariffs on them,” Mr Lowe said. “You end up looking at things like rice and oranges.

“When you are talking about so few products it’s very hard to see how it would make any difference whatsoever.

“You could potentially reduce the price very insignificantly for a small number of products.”

While it is not possible to calculate a precise estimate of how much cutting import tariffs would benefit shoppers, the Treasury estimates that its tax revenues would fall by “the low hundreds of millions” as a result.

If all of that saving was passed on to shoppers, it would equate to a reduction of less than a quarter of a per cent on the £205bn that Britain spent on food last year.

Any savings would also not be targeted at the people who need them most, as they would also help out wealthier households.

“Where they face tariffs these are only significant in a few cases. Even if the product does become cheaper by removing its tariff, there are also other processing costs, logistics, wholesale and retail margins, so the percentage reduction in consumer prices will be a lot smaller.”

Government ministers are under growing pressure to urgently support families facing sharp increases to food and energy prices, among other essential goods.

Measures said to be under consideration include scrapping the need for motorists to renew their MOT every 12 months, and increasing the number of children that childminders can care for at one time.

Those proposals would do little to help households facing increases to energy bills of more than £1,000, and food prices rising faster than wages.