HomeSportsShan Masood can come in handy in upcoming T20 WC in Australia:...
Sports 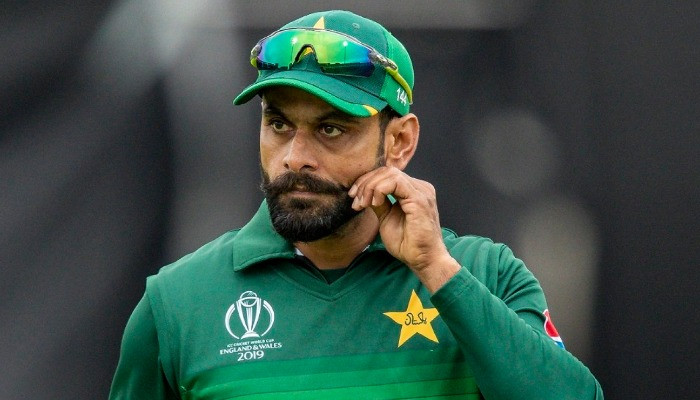 Pakistan team’s former captain Mohammad Hafeez says that left-handed batter Shan Masood can come in handy in the upcoming T20 World Cup in Australia and he should play all three formats.

Speaking during a Twitter Spaces interview on Cricwick, Hafeez talked about the ongoing county championship in England which features multiple Pakistani cricketers.

“I was confident that Shan Masood will perform in county cricket whenever he will play. He had made himself a batter suitable to play all three formats of the game for Pakistan through his hard work and recent performances,” said Hafeez.

Talking about the Pakistani cricketer, Hafeez said the Pakistan Cricket Board’s (PCB) selection committee should not waste its golden run of Shan. He said that the batter must play ODI and Test matches and that he can come in handy for Pakistan in the upcoming T20 WorldCup in Australia.

“Shan has a recent strike rate of 140+ in PSL which is ideal in white-ball formats. Babar Azam can demote himself in ODI format to adjust Shan at one down position which can result in lethal top four combinations for Pakistan.”

Recalling the seventh edition of the Pakistan Super League (PSL), Hafeez said that the Lahore Qalandars were unable to make the right combination in the early editions of PSL which resulted in failures.

“However management of Lahore Qalandars learnt from their mistakes and pondered upon picking domestic performers likewise Abdullah Shafique, Kamran Ghulam and Zaman Khan. This correction resulted in making the right combination and became one major reason for leading Lahore Qalandars for PSL maiden title,” he added.

The former cricketer also appreciated the captaincy of Shaheen Shah Afridi who lead the LQ to the maiden PSL title. “Shaheen Afridi looked energetic and passionate captain in PSL. Being a senior I advised Shaheen to enjoy his captaincy and the team will stand behind him. Shaheen not only proved to be a good captain but also a very keen listener. During PSL, he listened to every opinion in the camp. The respect he gave to teammates became a reason for strong bonding in Lahore Qalandars,” he added.

The 42-year-old also admired the coaching approach of the head coach of Lahore Qalandars. “Aqib Javed never highlights the failures of any cricketer. I never saw him in an angry mood with any cricketer which is a sign of a good coach.”

Talking about the ongoing bad patch of former test captain of India Virat Kohli, Hafeez said: “If there is one player whom I have seen growing to the highest standards of cricket then it is none other than Virat Kohli. He is not only passionate but a hardworking cricketer as well. Virat is a living legend of the current era.”

He said that Kohli must take a little break and analyse his mistakes which would help him overcome the bad patch.

Hafeez criticised Pakistan’s approach in the recent series against Australia. “Pakistan has been immune to playing with the approach they used in UAE for a decade. Pakistan won test matches in UAE courtesy of big scores of batters and dominance of spinners. However approach of the UAE cannot be replicated on the pitches of Pakistan. The negative approach regarding the curation of pitches by the top hierarchy of PCB was disappointing. Pakistan provided low and slow pitches to Australia where fast bowlers of visiting team took advantage of reverse swing. Pakistan cannot win Test matches until they do not start curating balanced pitches.”

The veteran cricketer expressed hope to play 2023’s edition of PSL. “I will keep on playing until my hunger is alive to play cricket. I am confident and preparing myself to play the eighth edition of PSL,” he said.