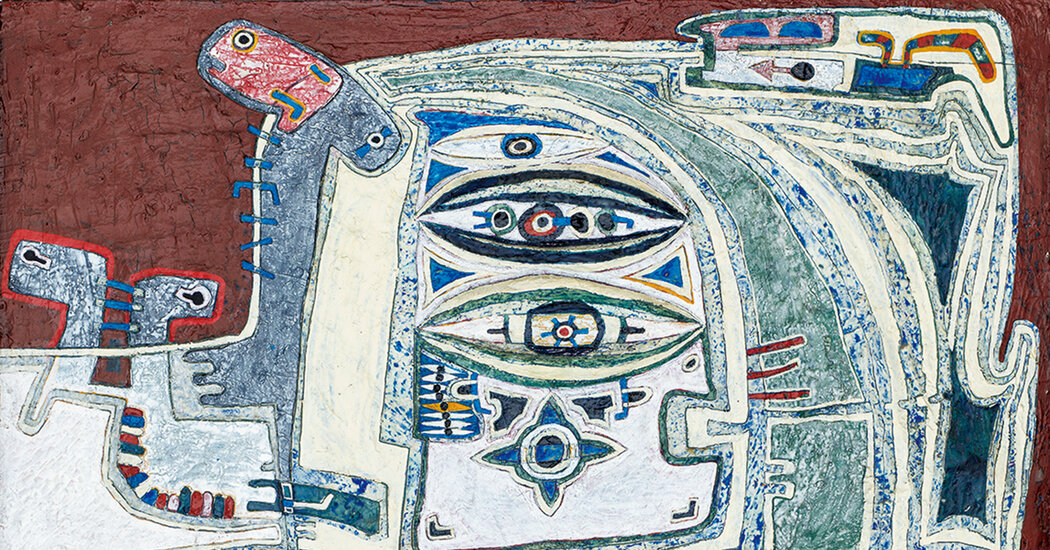 SEOUL — The seven artists who will be represented by this city’s Gallery Hyundai at TEFAF New York reflect the history of not only the 52-year-old gallery, but also the artistic history of South Korea in the decades after the Korean War.

While many galleries will be showcasing of-the-moment artwork, Gallery Hyundai is celebrating its roots in South Korea’s now-booming arts world.

The gallery’s presence is, effectively, a forerunner to two major U.S. exhibitions planned over the next year or so, one at the Guggenheim, “The Avant-Garde: Experimental Art in South Korea in the 1960s and 1970s,” co-organized with the National Museum of Modern and Contemporary Art in Seoul, and “The Space Between: The Modern in Korean Art,” opening in September at the Los Angeles County Museum of Art, which will trace the country’s art history in the decades leading to the Korean War.

In making its TEFAF New York debut (it has shown at TEFAF Maastricht several times) Gallery Hyundai’s approach is to offer a bit of a time capsule of the artistic history of the country in the difficult decades after the Korean War.

Many of the artists represented at TEFAF helped shape the country’s art scene during the often-overlooked political turmoil in those decades, paving the way for South Korea’s modernist painters and, in some people’s estimation, helping to usher in the freedoms enjoyed by South Koreans today.

“These artists really wanted to make an issue of what art can be,” said Do Hyung-teh, the owner and chief executive of Gallery Hyundai, whose mother, Park Myung-ja, founded the gallery in 1970 when South Korea was far from a global arts destination. “Several of these artists challenged the definition of art in South Korea.”

A few of those artists are among the seven in the Gallery Hyundai’s inaugural booth at TEFAF New York: Kim Minjung, Quac Insik, Kwak Duck-jun, Lee Seung-taek, Park Hyunki, Lee Kun-yong and Lee Kang-so (the last four are expected to participate in the Guggenheim show).

It’s the artwork from those early years that will be most prominent at TEFAF.

Mr. Park, who died in 2000, is revered as a pioneer of Korean video art; Lee Kang-so, 79, came of age as an artist during the military dictatorship in South Korea in the 1970s and ’80s and depicted the unrest of the era.

Mr. Quac, who died in 1988, was a major player of the Mono-ha art movement in Japan and South Korea; Lee Kun-yong, 80, is often called the father of performance art in the country; Lee Seung-taek, 89, is known for his site-specific works, among others; Ms. Kim, 60, is known for burning and layering traditional Korean hanji paper.

But perhaps no artist embodies South Korean art as much as Mr. Kwak, born in 1937 to Korean immigrant parents in Japan, where he has lived most of his life.

He contracted tuberculosis in his 20s, which led him to spend long hours of recovery painting abstract landscapes as he struggled for years with the disease.

After recovering, he shifted to photography, conceptual art, video and performance art, and was the first artist that Park Myung-ja championed when she opened Gallery Hyundai at age 27.

“Kwak has been one of the leading artists and a mentor to both Japanese and Korean artists, and many Japanese artists say he was their inspiration,” Mr. Do said. “My mother’s focus was on how to take this great Korean artist abroad. From 1987 she started with one art fair in Chicago, and it just grew from there.

“We asked ourselves: ‘What is the best way to promote them globally?’ The answer has always been art fairs,” he said.

This, Mr. Do said, was the beginning of Gallery Hyundai making its name in the global market and being part of the wave of artistic expression that has defined South Korea as it became a world player in the visual arts, film and pop music.

“We are focused on representing Korean artists abroad, and I always say that without these artists this gallery does not exist,” he said.

Such global exposure, including the gallery’s debut at TEFAF New York and the upcoming Los Angeles and Guggenheim exhibitions, has been crucial to understanding how South Korean art has evolved, and how each chapter of its modern history may have shaped it, even if somewhat slowly at first, compared to, say, American and European leaders of modern art.

“I think Western audiences have always appreciated Korean art, but Dansaekhwa was the only style really known,” said Kwon Youngsook, director of the gallery, referring to the monochromatic art movement in the 1970s that came to represent South Korean art abroad. “Because of that, Korean avant-garde art had a delayed history.”

But that delay only served to make it more of the moment, perhaps. And the motivation for a more modern approach was borne from the turmoil that engulfed the country decades ago as the global arts community was just becoming aware of South Korea’s art — all reflected in the varied artwork headed to TEFAF New York, and to the Guggenheim show next year.

“Dansaekhwa came along in the ’70s and ’80s, but Korean artists re-evaluated another branch of minimalism or abstract painting,” Ms. Kwon said. “These artists really did revolutionize art and had a very different spirit and approach. They tried to find their own path.”