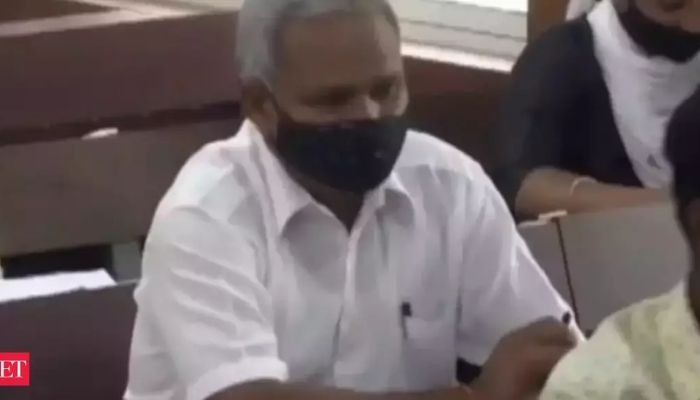 Angada Kanhar had quit his education in 1978 due to some issues in the family.

Kanhar, along with his two friends, showed up for the English exam at Rujangi High School.

Kanhar said, “There is no age barrier to appear for exams or to get educated.”

His friend, Sarpanch, who is also a politician, has also joined him and is appearing in the exams.

“This is a special exam conducted for those who had to leave their studies midway for some reason. As many as 63 students have appeared for SIOS exam at our center, including Phulbani MLA Angad Kanhar and one of his friends who is a Sarpanch. This examination will get over by May 10,” informed Archana Bas, Headmistress, Rujangi High School.