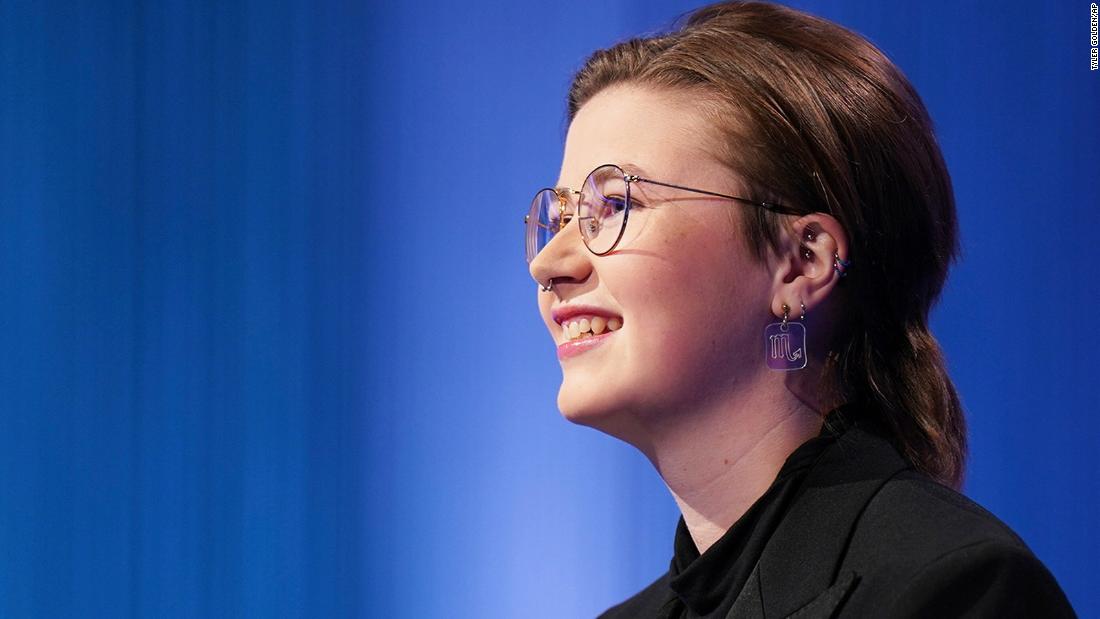 “You know what — if I wager a lot and lose today, like, whatever, I had such a good run,” the bespectacled trivia whiz told current host Ken Jennings in an episode that aired earlier this week. “So let’s try and do, like, honestly, $8,000.”

Jennings, audibly wowed by Roach’s hefty wager, read the clue, a definition for which Roach would need to identify the corresponding word: “To gently tease another person.”

Roach let the clue sink in for less than a second and nodded, the answer on the tip of her tongue.

“Okay, well, I should have wagered more,” she said, with a flick of her wrist and a subtle eye roll. “What is ‘rib’?”

And with that nonchalant (and correct) answer, Roach reclaimed her lead and — with a wager of $1 — won her 17th game straight. Since that episode, the 23-year-old Canadian has won 19 games, making her one of the show’s youngest “super champions” (that is, she’s cracked the all-time top 10 of “Jeopardy!” winning streaks).
Her cumulative winnings now total over $460,000 as of her 19th game Friday, and she boasts a 92% accuracy rate in her responses, per “Jeopardy!”
Roach is also the latest LGBTQ “Jeopardy!” super-champion after Amy Schneider’s triumphant run on the show. Schneider, a trans woman, earned more than $1.3 million in a 40-game win streak earlier this year, one of the longest streaks in the show’s history.
“It’s been such an honor and a pleasure to be part of what has been such an incredible a legacy of queer and trans champions,” Roach said in an interview with GLAAD, the LGBTQ media advocacy organization. “And also just queer and trans contestants really, like, showing up on the show and bringing a lot of flavor, I think, has been really fun for me to watch as a viewer.”

Roach called Schneider a “real inspiration” to her before she started filming her run of “Jeopardy!” episodes and told GLAAD she hoped the two could compete alongside each other in a future “Tournament of Champions” edition of the show.

In another first, Roach is also the series’ longest-running Canadian (after late host Alex Trebek, of course), according to “Good Morning America’s” Robin Roberts.

In an interview with Roberts, Roach shared her pre-game strategy: repeating “Hail Mary” once the cameras start to roll, a habit she picked up at a Catholic high school.