Review: Thomas Adès Charts a Journey Through Hell and Heaven 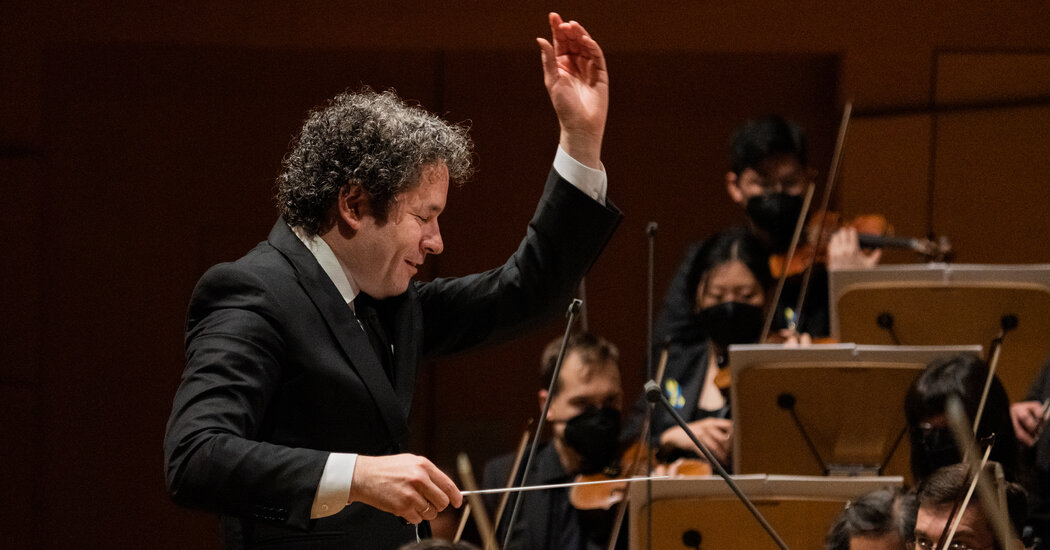 It’s no surprise that “Dante” was met with prolonged, fervent standing ovations on Thursday. Adès is by no means an avant-gardist, and this work, for all its sophistication, is entirely approachable — legibly fun, vivid and, by the end, glorious. With the exception of recorded song deployed in “Purgatorio,” he writes with virtually the same means as a composer of a century ago: a happy reminder of how alive and well the orchestra can be as a medium and instrument.

In “Inferno,” he follows the path of Dante’s text — beginning, in the section “Abandon Hope,” with piercing darkness and a downward plunge reminiscent of the “Dante” Symphony. But although Liszt haunts “Inferno,” the craft is Adès’s: hallmarks like full-bodied, divisi strings; excess at both ends of the dynamic spectrum; and meter that changes by the measure.

From there, the circles of hell serve as ready-made divertissements, characterful episodes that conjure, however obliquely, the poetic justice delivered to Dante’s sinners. There are sections of sensuality and sludgy stasis; strings that chatter and murmur with mischief; and martial horrors similar to, well, hellfire. Chromatic runs, up and down on unsteady ground, recall Liszt’s “Bagatelle Sans Tonalité.” Does Adès also nod to “E sempre lava!” from Puccini’s “Tosca”? Maybe Tchaikovsky and the Dies Irae, too? You can never be sure.

Liszt reappears, more explicitly, in the climactic “Thieves” section, a cacophonous dance that would seem parodic if it didn’t so affectionately resemble the “Grand Galop Chromatique.” Here, liberated from any choreographic constraints, Dudamel gradually pressed the tempo in a desperate race that had the audience applauding mid-performance; and how could they not?

With a running time of about 45 minutes, “Inferno” takes up roughly half of the “Dante” score, but doesn’t loom over the distinctive personalities of “Purgatorio” and “Paradiso,” which came after an intermission.