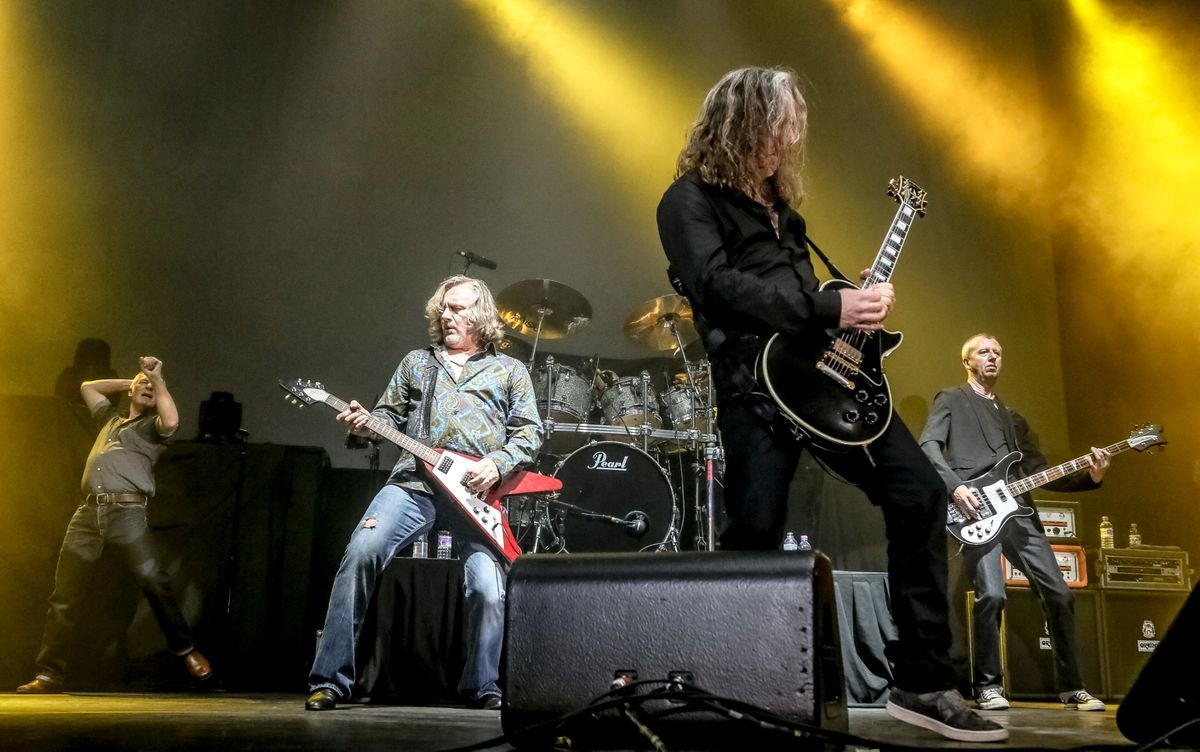 
Fresh from the success of last year’s All The Right Noises, British rockers Thunder are back with a new album inspired by the general isolation felt during the COVID-19 pandemic and people’s addiction to social media.

“Most of it was conceived and written throughout the pandemic, so there’s lots of stuff about isolation and the more positive aspects, self-analysis,” Morley said in a joint interview with Thunder lead singer Danny Bowes.

“The other theme… is about social media, people’s addiction to it and the dopamine hit they get from holding up their phone and going, ‘Oh, God, I’m lovely today or whatever’.”

Lead single The Western Sky nods to Bowes’ and Morley’s annual charity motorbike trip while No Smoke Without Fire was inspired by online trolling.

Across the Nation is told through the eyes of a band eager to perform live again, something Thunder will resume soon with a five-date UK arena tour starting on May 21 in Glasgow. They will also play several European festivals this summer.

“We’re used to making a record, releasing it, and then going out on the road to play those songs live in front of people,” Bowes said.

“We didn’t get to do it on the last album, which was very odd… These shows have been rescheduled three times so to finally get to do it now is a bit like getting to scratch an itch that’s been there for a long, long time.”

Thunder, who formed in 1989, are known for songs like Dirty Love, Low Life in High Places and A Better Man.

Their 2015 comeback album Wonder Days was their first to reach the UK Top 10 in 20 years. Their records since have stayed in that bracket.

Bowes said they had now come to the realisation that they “probably had more years behind us than we had in front”.

“We just felt it was even more important to make sure that if one of them… ended up being our last album, we needed to be able to look back and say, ‘okay, we can leave it there’. And so that seems to be happening more and more with each record.”