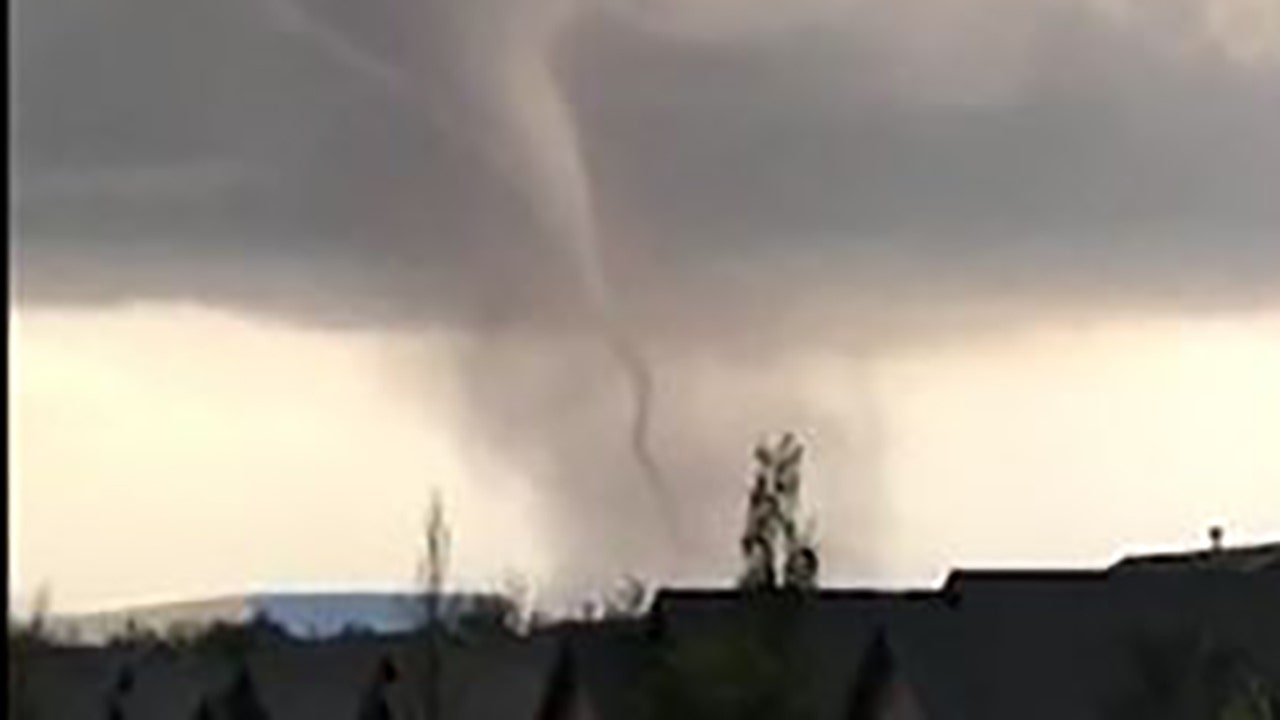 Kansas officials said Saturday that they are assessing damage after tornadoes ripped through communities and softball-sized hail rained down on residents.

In Andover, a twister injured several people and initially left more than 6,500 people without power.

That total was bumped down to 2,500 on Saturday morning, according to tracker PowerOutage.US.

DANGEROUS FIRE WEATHER AROUND US THREATENS EFFORT TO CONTAIN BLAZES

The Andover Police Department tweeted that roads were blocked on most major intersections due to down power lines and large debris.

As of Saturday morning, Highway 54 through Andover remained closed.

“We are getting a lot of morning commuters trying to get to/from Wichita and Augusta. Please avoid Andover, and Highway 54,” the department urged.

“The city of Andover has experienced tornado damage, please avoid coming into town at this time. We are uncertain about the extent of the damage, emergency crews are responding,” Andover Fire Department wrote on Facebook on Friday.

Russell said some homes “were completely blown away,” and that more than 900 structures were in the suspected tornado’s path, including City Hall.

The Andover YMCA branch wrote that it had sustained significant damage as a result of the storm, but that staff and members were not injured.

MILLIONS MUST CUT WATER USE IN DROUGHT-STRICKEN CALIFORNIA

In Sedgwick County, three people were injured, including one woman who suffered serious injuries.

The station said one of those firefighters was transported to a local hospital.

Sedgwick County reported Saturday that damage evaluations were ongoing on Saturday and that the Wichita Fire Department Rescue Teams 1 & 2 were assisting citizens in navigating debris and escorting people to shelter.

“Sedgwick County Fire Department Taskforce 5, which is a multi-agency group that responds to rescue-related events, and the Regional Hazmat Team have been deployed and are continuing to support citizens of Sedgwick County and Butler County & Andover Fire Departments,” the government wrote.

Trees were downed and the county noted that an Evergy power station had received damage.

In response to the storms, Gov. Laura Kelly signed a disaster emergency declaration.

“An intense springtime storm system that moved across Kansas the evening of April 29 with large hail and strong straight-line winds spawned multiple tornados causing damage to buildings, trees and power lines in several counties.  In response to these storms, Governor Laura Kelly declared a State of Disaster Emergency effective at 8:57 p.m. on April 29. The declaration activates the disaster response and recovery portions of the Kansas Response Plan, authorizing state resources to augment local jurisdictions with response and recovery efforts in areas impacted statewide,” her office wrote.

“We have learned from past experience that we can’t wait for the storm to hit before we respond,” Kelly said in a statement. “By taking these steps early we are able to more quickly react when the counties ask for assistance.”

The National Weather Service (NWS) would be on scene Saturday to survey the damaged areas, according to Fox Weather.