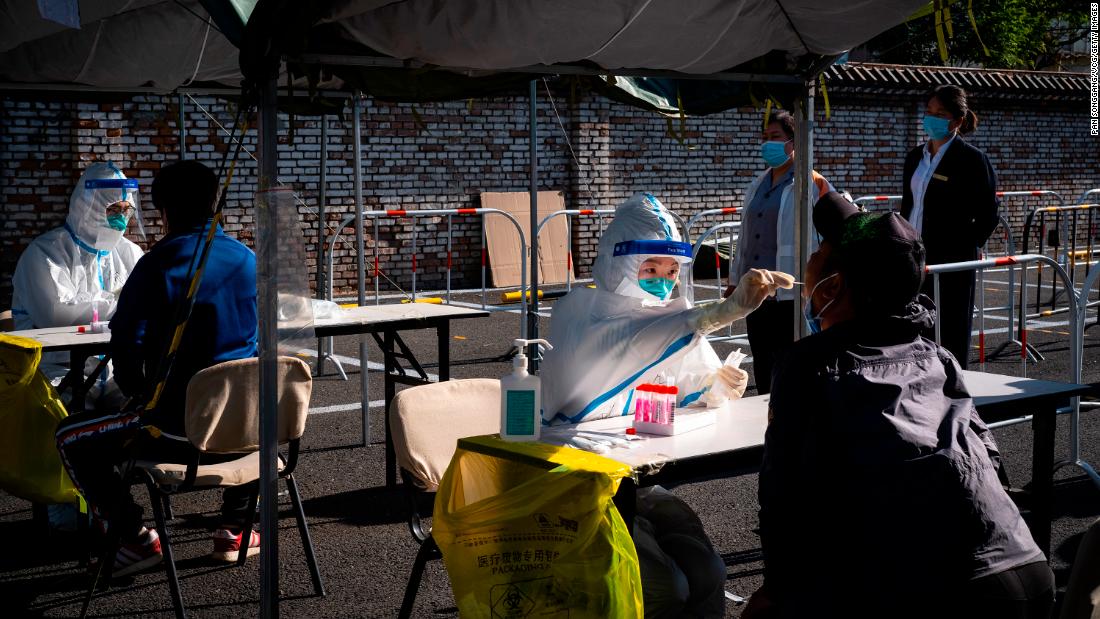 The Labor Day holiday, which started on Saturday this year, has traditionally been a busy time for mass travel and gatherings in China. But there is little holiday spirit this year, as the Chinese government doubles down on its zero-Covid policy to fight the country’s worst outbreak since Wuhan.

Many local governments have ordered residents not to leave their cities unless absolutely necessary and have imposed lengthy quarantine requirements for people coming from areas where Covid cases have been reported. The Chinese Transport Ministry expects 100 million journeys to be made over the holiday — a 62 percent plunge from last year.
As a month-long lockdown continues in the financial hub of Shanghai, the Chinese capital of Beijing is grappling with a new Omicron outbreak that has put officials and residents on edge.

Many Beijing residents have rushed to stock up on food and daily necessities over the past week, fearing a Shanghai-style lockdown could cause shortages.

Beijing authorities have already rolled out several rounds of mass testing, locked down dozens of residential communities and suspended schools, but restrictions were tightened further at the start of the holiday.

On Saturday, Beijing officials announced that dining-in services at restaurants would be suspended during the holiday period.

On Sunday, Universal Beijing Resort said its Universal Studios theme park and CityWalk shopping zone would be closed immediately after receiving “guidance” from disease control authorities. It did not say when the park would reopen.

Beijing reported 59 local infections on Sunday, the highest number of daily cases in its current outbreak. The city has reported more than 300 cases since April 20.

Meanwhile, in Shanghai, officials said Sunday that community transmission in the city had been “effectively controlled,” following more than a month of stringent lockdown that confined most of its 25 million residents to their homes.

Over the past two weeks, the city has stepped up efforts to send all cases to government quarantine sites.

Many senior Shanghai citizens, some with severe underlying diseases who cannot take care of themselves, were hauled off to makeshift quarantine facilities, prompting a public outcry. The government also installed metal fences outside apartment buildings where there had been recent cases to prevent people from leaving, sparking further anger.