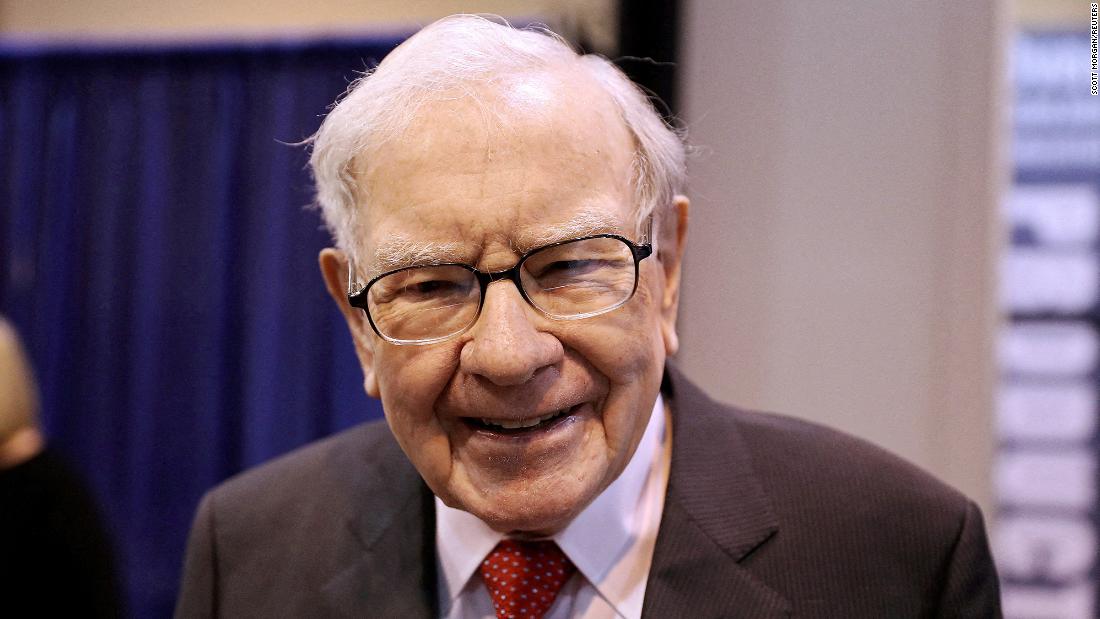 Buffett simply said that the Berkshire Hathaway (BRKB) strategy is all about making rational decisions and investing for the long haul.
“It’s not because we’re smart. It’s because we’re sane,” Buffett said during the meeting of Berkshire (BRKA) investors.

Buffett brushed off compliments from one questioner about how he times the stock market so well. Buffett said that he never really knows what stocks or the economy will do in the short-term.

He also joked that his bullish bets on the market often look bad at first, saying that he spent a big portion of his net worth in 2008 during the Great Recession buying stocks at “a terrible time … a really dumb time.” Berkshire made investments in Goldman Sachs (GS) and General Electric (GE), among other blue chips, before the market finally bottomed in March 2009.

“We have never timed anything,” Buffett said, adding that the success of the company’s long-term “buy and hold” investment strategy is “simple.”

Both Buffett and Berkshire vice chairman Charlie Munger lamented how speculators have seemingly taken over Wall Street. Munger described the casino-like atmosphere and Buffett called the market a “gambling parlor.”

Worries about inflation but praise for Powell

Buffett didn’t talk at great length during the meeting about this year’s market volatility. But he did say that inflation is a big problem, one that “swindles almost everybody.”

And he gave big plaudits to Federal Reserve chairman Jerome Powell for his actions to battle the economic crisis caused by Covid-19, even though some argue that the Fed’s low rates have helped fuel inflation pressures.

Buffett said Powell was a “hero” for being aggressive and quickly slashing rates at the start of the pandemic instead of sitting by and “thumb sucking.”

Buffett also hinted that Berkshire could take advantage of sell-offs, saying that the firm “depends” upon market behavior creating mispriced opportunities for the company.

Along those lines, Berkshire has made some aggressive moves of late. The company announced an $11.6 billion purchase of insurance company Alleghany (Y) in March and also has recently disclosed big stakes in oil firm Occidental Petroleum (OXY) and tech giant HP (HPQ).
Berkshire said in its earnings release Saturday that it has increased its stake in Chevron (CVX). The oil giant is now Berkshire’s fourth largest stock holding, trailing only Apple (AAPL), Bank of America (BAC) and American Express (AXP).
Buffett also disclosed during the annual meeting that Berkshire Hathaway has boosted its stake in video game maker Activision Blizzard (ATVI). Berkshire first invested in Activision in late 2021, before Microsoft (MSFT) announced plans in January to buy the company for nearly $70 billion.

Activision’s stock price is below the proposed takeover price. Buffett said that he made the decision to buy more of the stock as an “arbitrage” bet that the deal will eventually get done.

These moves come just a few weeks after Buffett wrote in his annual shareholder letter that he was having difficulty finding stocks to buy at attractive prices. But following the Berkshire buying binge, its cash on hand has fallen from about $147 billion at the end of 2021 to around $106 billion at the end of the first quarter.

Why the change of heart? Munger, in his typically blunt fashion, said that he and Buffett “found some things we preferred owning to Treasury bills.”