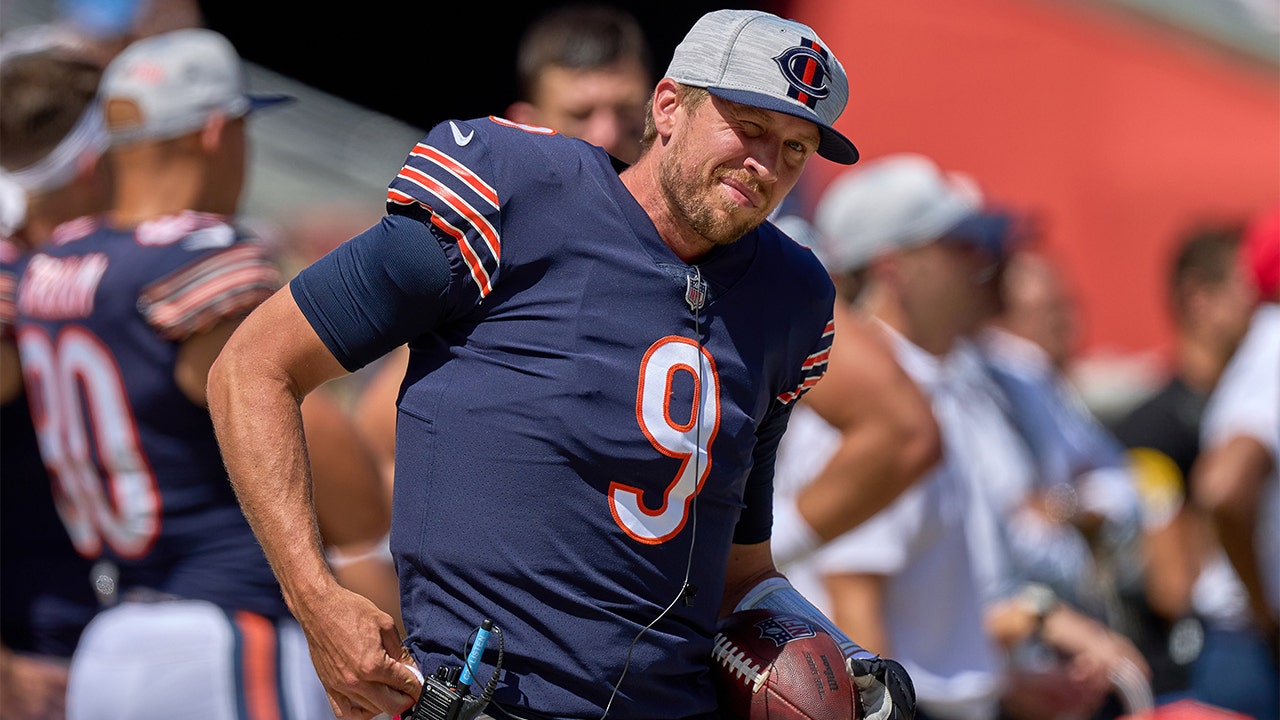 A Super Bowl-winning quarterback is now entering the month of May looking for a job.

The Chicago Bears announced Sunday they released veteran quarterback Nick Foles about four years after he led the Philadelphia Eagles to a Super Bowl win over the New England Patriots in February 2018.

Foles, 33, made eight starts in two seasons in Chicago after the team acquired him in a trade with the Jacksonville Jaguars in 2020 for a fourth-round draft pick. He completed 65.1% of his passes for 2,102 yards with 11 touchdowns and eight interceptions with the Bears.

But Foles made just one start last season — a 25-24 come-from-behind road victory over the Seattle Seahawks — after the Bears selected Justin Fields No. 11 overall in the 2021 NFL Draft. Foles spent much of last season as the third-string quarterback behind Fields and former Cincinnati Bengal Andy Dalton.

The Bears will reportedly save about $8 million against their salary cap with the release of Foles, who was due a base salary of roughly $4 million this season.

“Nothing has popped up right now, but we’re working on it,” Poles said in late March, via Bears Wire. “Hopefully something pops up.”

Foles joined the Bears after one season with the Jaguars, a stint that started with high expectations and a massive contract. However, Foles broke his collarbone during the 2019 season opener against the Kansas City Chiefs, paving the way for Gardner Minshew and Minshew Mania.

In a strange twist, Jacksonville traded Minshew to the Eagles in 2021, and he is still on Philadelphia’s roster. Meanwhile, Doug Pederson, who coached the Eagles and Foles to the Super Bowl victory, is now with the Jaguars.

Foles started just four games for Jacksonville during the 2019 season, posting an 0-4 record.

The signal-caller has thrown for 14,003 yards, 82 touchdowns, and 43 interceptions in his NFL career after the Eagles selected him with the No. 88 pick in the 2012 NFL Draft.

He later spent time with the Rams and Chiefs before his second stint with the Eagles in 2017 turned him into a Philly sports legend.

After Carson Wentz went down with an injury, Foles stepped in and led the Eagles to their only Super Bowl victory. Foles won MVP honors and bested Tom Brady in the big game, throwing for 373 yards, three touchdowns and one interception. He also caught a touchdown pass on the famed “Philly Special” play.

Quarterback Nick Foles of the Philadelphia Eagles celebrates following a victory over the New England Patriots in Super Bowl LII at US Bank Stadium in Minneapolis Feb. 4, 2018.
(Timothy A. Clary/AFP via Getty Images)

The Bears made the decision to move on from him instead of waiting for a trade partner, the outlet reported.