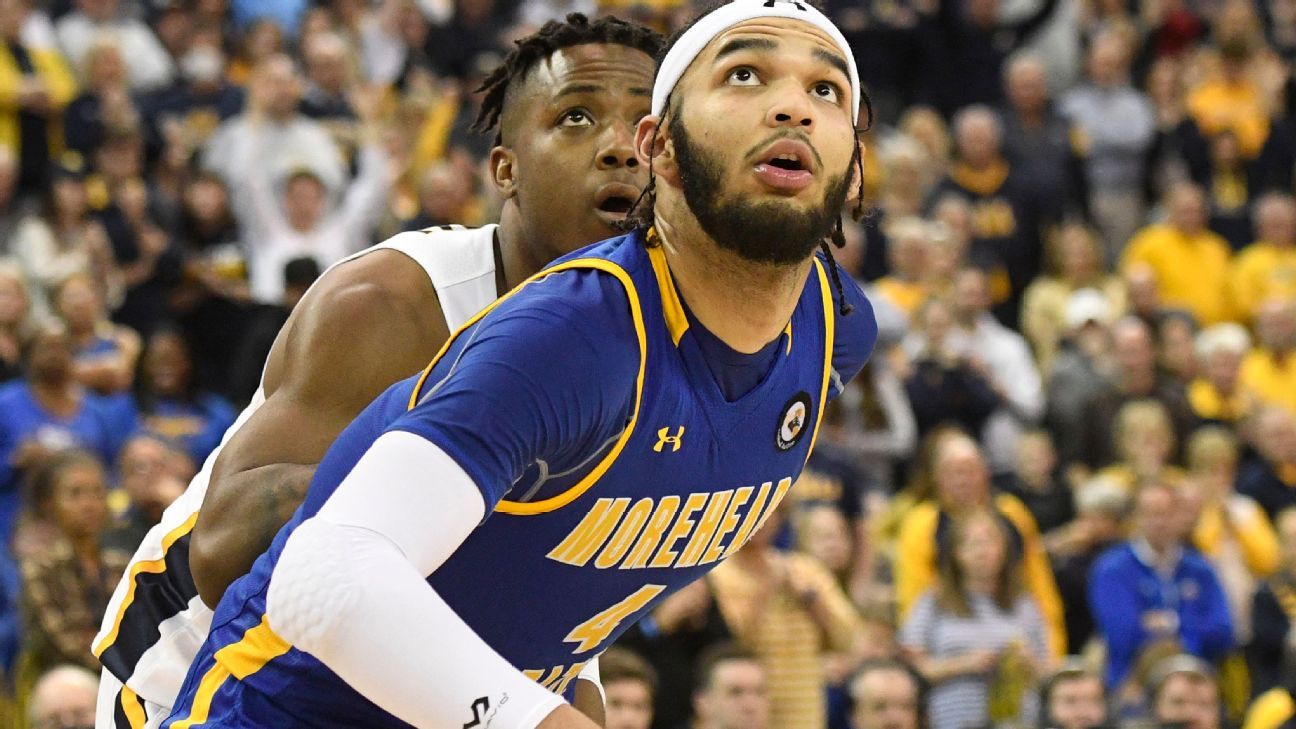 Morehead State transfer Johni Broome, one of the top 10 players in the portal, announced his commitment to Auburn on Saturday afternoon.

Broome chose the Tigers over Florida, after visiting both schools in recent weeks.

A 6-foot-10 sophomore center from Plant City, Florida, Broome had more than 20 schools reach out to him after entering the portal in early April. Auburn and Florida quickly emerged as the two favorites, despite interest from Kentucky, Memphis, Gonzaga, Houston and others.

He had two of the best games of his career in the 2021 and 2022 Ohio Valley Conference tournament championship games. In a win over Belmont that sent Morehead State to the 2021 NCAA tournament, Broome had 27 points and 12 rebounds. And this past March, he finished with 32 points and eight rebounds in a title game loss to Murray State.

Broome also entered his name into the NBA draft in early April, but retained his college eligibility and the expectation is that he returns to college next season.

Despite the loss of top-five pick Jabari Smith and Defensive Player of the Year Walker Kessler, Bruce Pearl will still have plenty of frontcourt talent for the 2022-23 season. Former LSU commit Yohan Traore, a top-30 recruit, opted for Auburn after Will Wade was fired and former first-round prospect Allen Flanigan (6.3 PPG) will be further removed from a right Achilles injury that kept him out for the first half of last season.

K.D. Johnson, Wendell Green Jr. and Zep Jasper are all back on the perimeter, and the Tigers are still in pursuit of five-star recruit Julian Phillips.