Everything You Need to Know About the Met Gala 2022 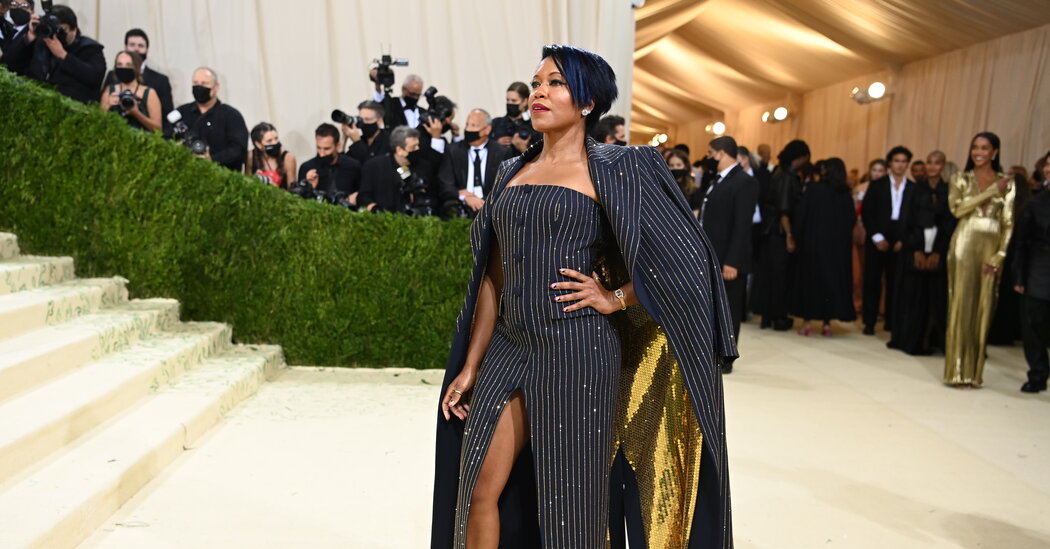 First things first: What is the Met Gala?

Unofficially, it’s “the party of the year,” “the Oscars of the East Coast” and “an A.T.M. for the Met” (the last by the publicist Paul Wilmot). We think of it as the Fashion X Games or the All-Star Game of Entrances.

When does it start?

Guests are given timed entrance instructions to avoid traffic jams on the red carpet. In theory, arrivals start at 5:30 p.m., usually with the evening’s famous hosts, and end at 8 p.m. But the most famous generally arrive whenever they want, sometimes as late as 9:30 p.m. You can’t rush Rihanna.

Probably not this time since she is due to give birth any moment, but who knows? That could add some red carpet drama.

So who are the hosts?

The special co-hosts are Regina King, Lin-Manuel Miranda and the power couple Blake Lively and Ryan Reynolds. Honorary chairs include Anna Wintour of Vogue, the real power behind the event; Adam Mosseri, the head of Instagram, the company that is underwriting the exhibition and party, along with Condé Nast; and Tom Ford, who will probably dress many attendees.

Is there a theme?

The party signals the opening of the Costume Institute’s annual blockbuster show, and the party dress code is usually themed to the exhibition. This year’s show is “In America: An Anthology of Fashion,” part two of a yearlong extravaganza about the relevancy and power of American Fashion. (Part One was “In America: A Lexicon of Fashion.”) The dress code is “gilded glamour.”

It is true that, as a result of the pandemic, and for one time only, a Met gala was held in September, albeit on a slightly reduced scale, for part one of the exhibition. (To be absolutely accurate, the galas were originally held in November; they moved around a bit and settled in May in 2005.) Because the gala was canceled in 2020, the Costume Institute, like the American fashion industry, suffered a financial blow, and the interim gala was scheduled to make up some of the shortfall — and to give the city the equivalent of a highly visible coming-out party.

Learn More About the Metropolitan Museum of Art

Speaking of the pandemic, are there any Covid precautions this year?

Attendees have to provide proof of vaccination status and a negative COVID-19 PCR test. They are also asked to wear face coverings indoors except when eating or drinking.

Back to the dress code: What is gilded glamour? Is it about income inequality?

Given that Alexandria Ocasio-Cortez attended September’s gala wearing a dress graffiti’ed with the words “Tax the Rich,” that tickets are $35,000 apiece and that tables range from $200,000 to $300,000, that’s a fair assumption. But no, this is a celebration of fashion and those who wear it.

Why would anyone pay that much for a party?

Ms. Wintour, the editor of American Vogue and the artistic director of Condé Nast, became chairwoman in 1995 and took over the party’s permanent leadership in 1999. Since then, she has been instrumental in transforming a local philanthropic event into the ultimate celebrity-power cocktail: Take a jigger of famous names from fashion, add film, tech, politics, sports and influencers, and mix.

Since the Costume Institute is the only one of the Met’s curatorial departments that has to fund itself, fashion having been iffy as an art form when the department was established, the gala is its primary source of income. In 2021, the ball raised over $16.4 million. (For some context, that same year, the New York City Ballet fall gala raised just over $2 million.)

Also, not everyone pays. Celebs, young designers and politicians are usually guests of big brands or the museum.

So what should we expect, fashion-wise?

Only insofar as fashion is the costume we all wear in everyday life. That said, though, it is the most extreme version of that costume, more extreme than the Oscars, the Cannes Film Festival and even the MTV Video Music Awards. Because the designers who attend almost always come with their own celebrities, the guests become walking advertisements for brands as well as an ad for the event. That has created a virtuous circle of one-upmanship, as labels vie for the best stars, and stars vie for the most eye-catching outfits.

In 2018, for example, for “Heavenly Bodies: Fashion and the Catholic Imagination,” Rihanna came as the pope. Katy Perry wore such enormous angel wings that she practically knocked over a fellow guest. And Sarah Jessica Parker had an entire Nativity scene on her head.

In 2019, “Camp: Notes on Fashion” took the event to a new level: Lady Gaga, a host, did a striptease of four different outfits for her entrance alone; a winged Billy Porter was borne aloft on a litter carried by six shirtless men; and Cardi B appeared to be dressed as a uterus.

Last September, when Kim Kardashian arrived in head-to-toe black Balenciaga, identifiable only by her famous silhouette, it seemed as if a turning point of sorts had been reached.

How can I watch?

E! offers coverage, as does Vogue.com. Or, for some pointed commentary, tune in to our red carpet slide show, produced in real time as soon as the hosts make their entrance.

Who gets to go? Elon Musk?

Mr. Musk has, indeed, been a regular-ish attendee in recent years (in 2018 he helped design Grimes’s gala look), though we’ll see if he shows up this time. He certainly meets all criteria for entry. After all, unlike other cultural fund-raisers, like the Metropolitan Opera gala or the Frick Collection Young Fellows Ball, the Met gala is invitation only, and not just about price.

Qualifications for inclusion have to do with buzz and achievement (and beauty) — a.k.a., the gospel according to Anna — more than money. Ms. Wintour has the final say over every invitation and attendee, which means that even if a company buys a table, it cannot choose everyone who sits at its table. It must clear the guest with her and Vogue and pray for approval.

This year, as in 2021, there are about 400 Chosen Ones, on a guest list guarded with the obsessive secrecy of the Illuminati members roll. But keep an eye out for Dakota Johnson, Eileen Gu, Megan Thee Stallion and the newly married Brooklyn and Nicola Peltz Beckham. And presumably, the directors Sofia Coppola, Chloé Zhao and Martin Scorsese will be there, since they are part of the show.

Excuse me, how is Sofia Coppola part of the show?

She is one of 10 film directors (including Mr. Ford and Ms. King) who have been invited to create mise-en-scènes in the museum’s American Wing period rooms that place 100 historic garments from the mid-19th century to the late 20th century in narrative context — domestic, cultural and political.

Does that mean they made little movies?

Nope, just got to design the mannequins and set the scene to “reveal the role of dress in shaping the diverse nature of American identities,” according to the museum.

What happens when guests get inside?

It’s a secret. Posting on social media has been banned since some supermodels were caught taking selfies while smoking in the bathrooms.

What we can tell you is this: There is a receiving line inside with the hosts, usually next to some towering floral arrangement by the event planner Raul Avila that pretty much takes over what is normally the Great Hall’s central information booth. Guests file by a receiving line and then tour the exhibition on their way to the cocktail party, so they are theoretically forced to experience some culture.

After cocktails, they are called to dinner.

There is always some form of entertainment (beyond table gossip). In 2019, it was Cher doing Abba as well as her own hits. In 2021, it was Justin Bieber, followed by D.J. D-Nice. Odds are this time Alexander Hamilton — oops, Mr. Miranda — may play a role.

Share
Facebook
Twitter
Pinterest
WhatsApp
Previous articleBrooklyn Beckham and wife Nicola Peltz set pure couple goals as they enjoy romantic outing
Next articleBill Murray speaks out about ‘Being Mortal’ film shutdown, saying ‘I did something I thought was funny, and it wasn’t taken that way’