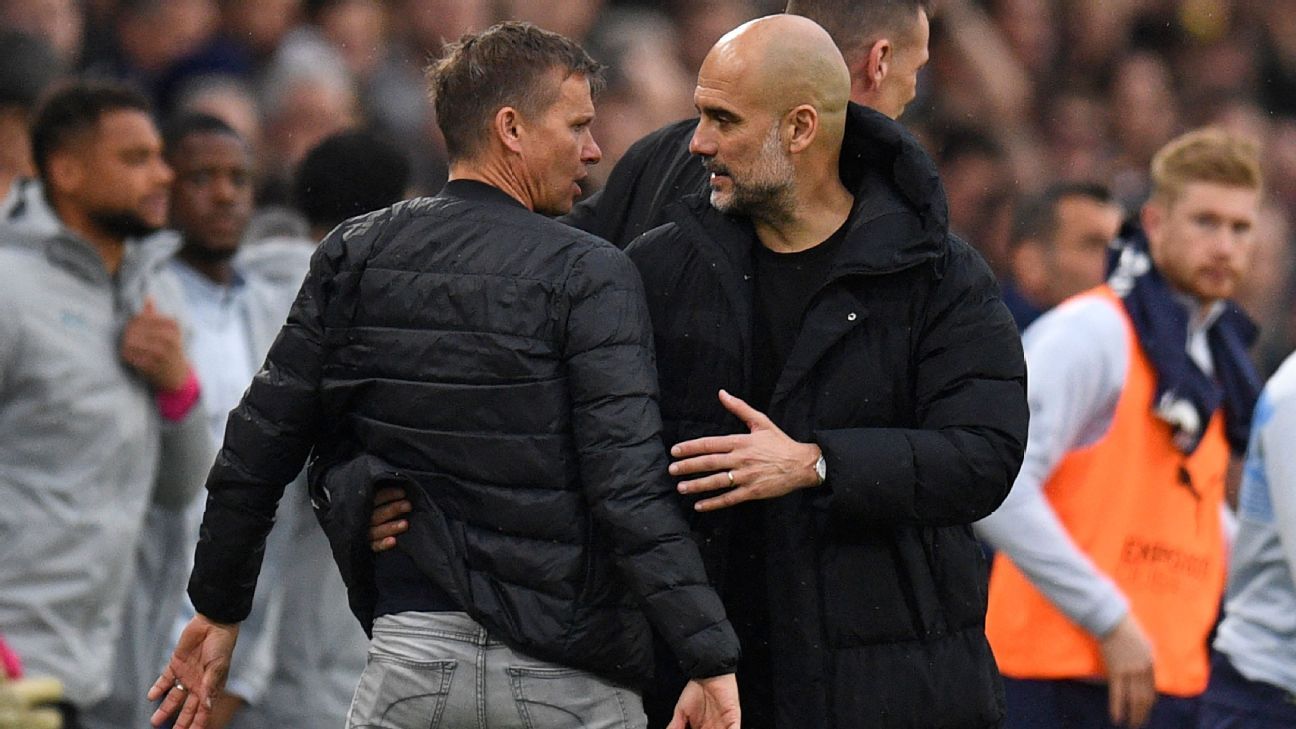 City moved back to the top of the table with a 4-0 win over Leeds United at Elland Road on Saturday just hours after Liverpool had won 1-0 at Newcastle United.

The two teams are separated by just a point in the Premier League with four games remaining, but Guardiola insists his players have won too many trophies to be affected by any end-of-season nerves.

“We have been many times in this position,” said Guardiola. “It’s not about the pressure — it’s simple. We have to win all our games to be champions. If we don’t, Liverpool will be champions.

“The pressure is not too complicated to analyse. They play before, they are going to win all games. We expect that for a long time.

City were made to work for the points against Leeds, but in the end recorded a comfortable win thanks to goals from Rodri, Nathan Ake, Gabriel Jesus and Fernandinho.

Guardiola’s team next head to Spain to face Real Madrid in their Champions League semifinal second leg on Wednesday while Leeds are left facing a relegation battle after they were leapfrogged in the table by Burnley, who won 2-1 at Watford.

Leeds boss Jesse Marsch, who is expecting to be without Stuart Dallas for the rest of the season after he suffered a nasty-looking knee injury, said he was happy with the performance against City and was buoyed by the atmosphere generated by the home fans throughout the game.

“I wasn’t being sarcastic when I said it was the best team against the best club,” said Marsch. “I’ve never seen supporters who love their club so deeply. I feel it on the streets, in the stadium.

“We’re doing everything we can to make sure we can stay in this league. We’re in for a fight, but we’re up for it.”