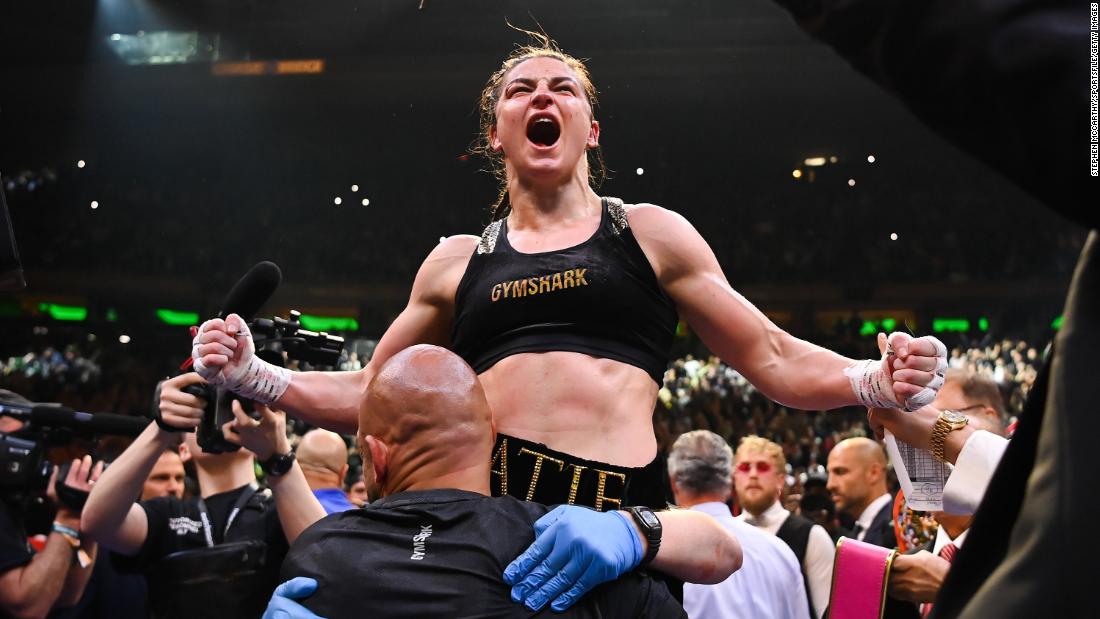 Taylor, who won a gold medal in the 2012 Olympics, stays undefeated and improves her career record to 21-0 and six knockouts.

The 35-year-old won via a split decision in front of a capacity crowd at the Garden, successfully defending her women’s lightweight titles in the WBA, IBF, WBO and WBC.

The bout ended in spectacular fashion as both fighters, visibly exhausted, desperately tried to land their final punches.

It was Taylor, bloodied and unsteady on her feet after taking heavy shots from Serrano in the fifth round, who was declared the winner.

“I knew going into it I was going to be in the trenches at some stage,” Taylor said, according to Reuters.

“She’s a phenomenal fighter, a great, great person, and I had the heart and the skill and I knew I was going to be able to come through.”

Ahead of the match, Taylor told CNN she was eager to get in the ring.

“We’re two great champions in our prime and it’s going to make for such an amazing fight,” Taylor said. “I think stylistically we might do very, very well together. She’s obviously a very, very aggressive fighter and so am I. So, I think it’s going to be a very, very exciting fight.”

The match marked the first time two women were headlining at the “World’s Most Famous Arena.” It was also the boxing’s first fight between the pound-for-pound No. 1 and No. 2 since 2008, when Manny Pacquiao defeated Juan Manuel Marquez.

As a long-time pioneer in the sport, Taylor said her own success isn’t enough, saying she also wants other women boxers to be elevated.

“I feel like we have covered a lot of ground over the last few years in terms of the paycheck and the purses, but I still feel like we still have a long way to go as well,” she told CNN.

“It’s not okay that myself and Amanda are just the ones that are getting the big paychecks, but that has to carry over onto the other female fighters as well and I hope that can happen.”

Saturday’s match was originally scheduled to be held May 2, 2020, but was postponed due to the Covid-19 pandemic.