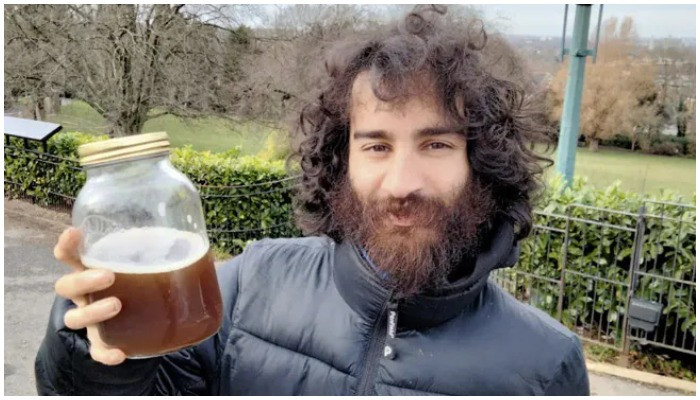 A 34-year-old man in England, Harry Matadeen, has claimed that drinking his own urine daily “cured” his depression and made him look 10 years younger, NDTV reported.

The publication cited New York Post as stating that Matadeen’s desperation to get rid of his mental health issues drove him to begin consuming his own urine in 2016.

“Urine therapy created a new sense of peace, calm and determination” in Matadeen due to which he became an advocate for ones own urine consumption, the publication reported.

“It was beyond my wildest imaginations how powerful it was when I drank it. From the moment I drank the urine, it woke up my brain and removed my depression,” the Post quoted him as saying.

This made Matadeen think continuing this bizarre practice would “keep him in this happy state” and without any cost.

According to Matadeen, his daily dose is around 200ml of his own urine which is often month-old but topped off with a splash of fresh pee.

He swears that his urine is “super clean”.

However, he explained that aged urine is mostly smelly but its taste is a “refined and acquired one” which he likes better than fresh pee.

Matadeen says the reason of his preference of aged urine is the “benefits and joy” it brings him. Besides drinking his own urine, he also rubs it on his face as a moisturiser. He doesn’t use any skincare other than this.

“Aged urine is the best food for the skin that I have found to date,” NDTV quoted him as saying.

Matadeen also admits that his family never approved of this “disgusting habit.”

The publication cited a British doctor declaring that the practice has much adverse effects and can actually speed up dehydration process and potentially introduce bacteria.