HomeSportsNovak Djokovic won't play at Indian Wells or Miami Open due to...
Sports 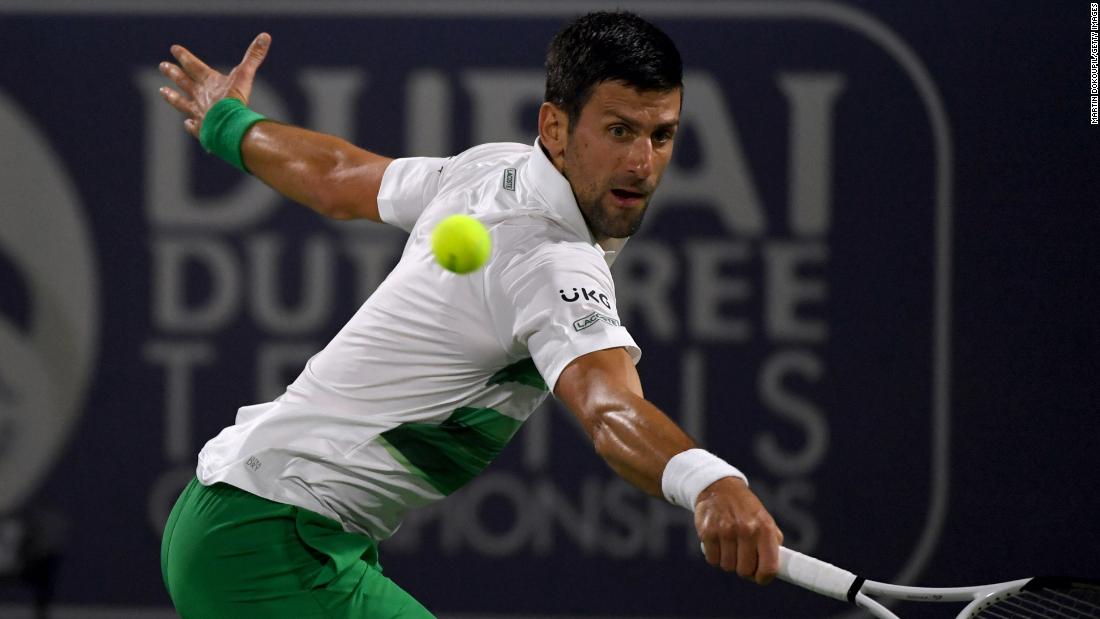 “While I was automatically listed in the @BNPPARIBASOPEN and @MiamiOpen draw I knew it would be unlikely I’d be able to travel,” the world No. 2 tweeted. “The CDC has confirmed that regulations won’t be changing so I won’t be able to play in the US. Good luck to those playing in these great tournaments.”

In the United States — where Indian Wells is held — any non-US citizen must be fully vaccinated against Covid-19 in order to receive a visa and enter the country.

The Miami Open is set to begin March 23.

CNN has reached out to the CDC and the US State Department for comment.

Just weeks ago, Djokovic told the BBC he would be willing to miss tournaments — including the French Open and Wimbledon — if he was not allowed to play in them due to his not being vaccinated against the virus that causes Covid-19.
Djokovic’s comments came following his deportation from Australia in January, preventing his participation in the Australian Open, due to his refusal to take a Covid-19 vaccine.

Djokovic’s only tournament action in 2022 came at the Dubai Championships last month, when he lost in the quarterfinals to then-ranked No. 123 Jiri Vesely. This upset led to Daniil Medvedev taking over the world No. 1 ranking from Djokovic.