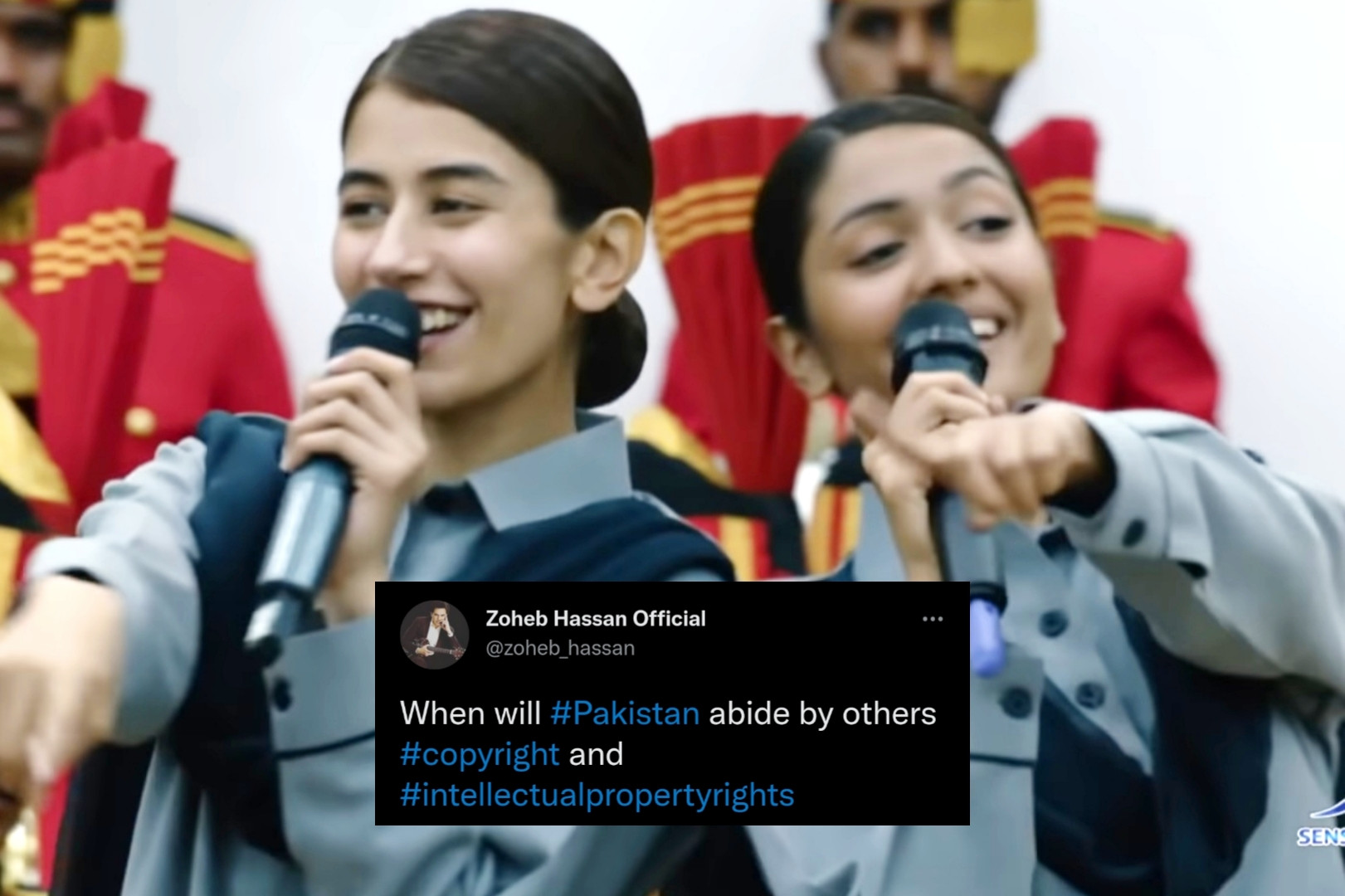 Veteran pop singer Zoheb Hassan has taken to Twitter to call out the use of his and sister Nazia Hassan’s song Dosti in the ISPR drama serial Sinf e Aahan. Claiming a violation of intellectual property, the singer wrote on the social media site alongside a video clip of the song being performed in the serial, “When will Pakistan abide by others’ copyright and intellectual property rights?”

Dosti was used in the latest episode of Sinf e Aahan, performed by the characters of Syra Yousuf and Yehali Tashiya to an auditorium packed with other students in the army academy around which the serial is based.

Zoheb also tweeted out and reshared a Facebook post by entertainment company B&H International Private Limited, which is the copyright owner of all songs written and composed by Nazia and Zoheb. The post, a notice of copyright infringement, read, “It has come to our knowledge that below mentioned parties have used and commercially broadcast our song entitled Dosti, composed by Zoheb Hassan and sung originally by Nazia Hassan and Zoheb Hassan, without our prior consent or approval by producers or drama serial Sinf e Aahan.”

The notice continued, “We therefore reserve our right to take action against all liable parties involved or associated with such infringement.”

Taking to Facebook, Zoheb wrote, “I was shocked to see that a reputable platform like PSL used our track Disco Deewane without our prior permission. Outright infringement of intellectual property should be condemned and I am going to take a legal stand on this one.”

Speaking to The Express Tribune, Zoheb had shared, “I am going to make an example out of this,” adding, “Intellectual property has to be respected and acknowledged across the board.”

The situation was later resolved, with Zoheb tweeting, “I am pleased to offer our song Dosti to PSL. It will feature along with Disco Deewane as a special Tribute to my (late) sister Nazia Hassan at the PSL Closing Ceremony in Karachi.”