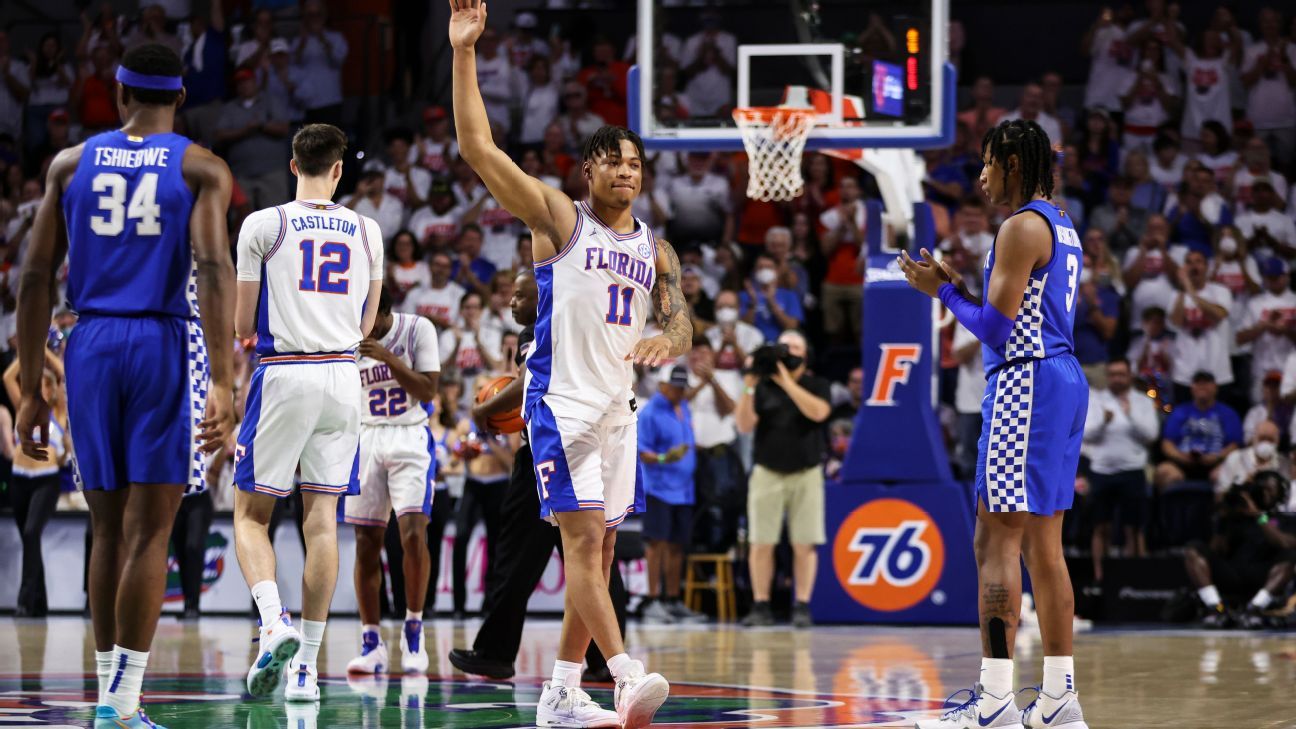 GAINESVILLE, Fla. — Florida forward Keyontae Johnson, who collapsed during a game in December 2020 and hasn’t practiced or played since, entered the NCAA men’s basketball transfer portal Sunday with hopes of resuming his college career.

School officials confirmed Johnson’s desire to move on from Florida following his graduation over the weekend. It’s unclear what his ultimate intentions are, but it’s possible the 22-year-old Johnson hopes to prove he’s healthy before turning pro, which has been one of his goals for more than a year.

From Norfolk, Virginia, Johnson would need to gain medical clearance to work out for NBA teams or attend the NBA combine before the draft. He also has a $5 million insurance policy that would pay out if he never plays again.

The policy allows him to take part in a handful of games to test his health. If he proceeds beyond the set number of games, any potential payout would be nullified.

Johnson’s insurance policy went into effect in July 2020, five months before he fell face-first onto the court at Florida State. The Southeastern Conference’s preseason player of the year in 2020 became a trauma patient on Dec. 12 of that year, crumpling to the court seconds after breaking a team huddle in the fourth game of the COVID-19-delayed season.

Johnson received emergency medical attention in front of teammates, opponents and fans before getting rushed to a Tallahassee hospital. He spent 10 nights in hospitals and returned home in time to celebrate Christmas with his family. He was on hand for Florida’s first practice following a two-week hiatus.

Johnson’s parents said last year their son’s collapse was not related to a previous positive COVID-19 test, citing a consultation team that included experts from four highly respected schools of medicine. The family has not said what doctors believe caused the episode.

Johnson spent most of the last two seasons cheering on teammates from the bench as he remained enrolled in school and on scholarship.

Johnson took the court for a ceremonial few dribbles and a farewell on senior night against Kentucky in early March.