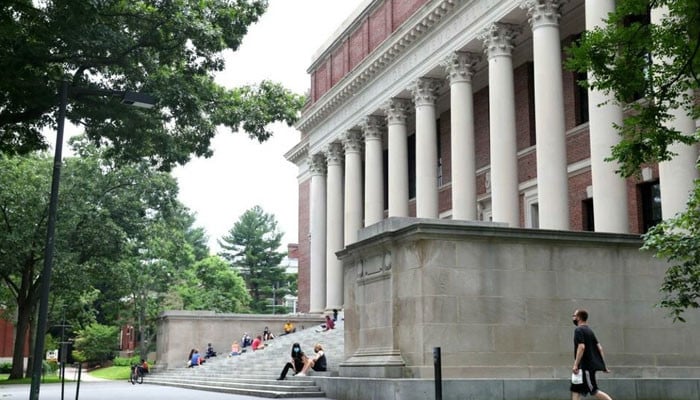 In an unprecedented move, the Crimson Editorial Board, a daily student newspaper of Harvard University, announced its support for Palestinian liberation.

On Friday, the newspaper published an editorial, “In support of boycott, divest, sanctions and a free Palestine” endorsing its support for the oppressed Palestinians.

The Crimson Editorial Board said that when oppression strikes anywhere in the world, resistance movements reverberate globally.

“The desire for rightful justice spreads, like wildfire, moving us to act, to speak, to write, and right our past wrongs,” thecrimson.com reported.

Amid escalating tensions between Israel and Palestine, the Harvard College Palestine Solidarity Committee (PSC) has hosted informational programming, organized weekly demonstrations of support through “Keffiyeh Thursdays,” and even installed a colorful, multi-panel “Wall of Resistance” in favor of Palestinian freedom and sovereignty.

It has forced our campus — and our editorial board — to once again wrestle with what both Human Rights Watch and Amnesty International have called Israel’s “crimes against humanity” in the region.

“We first and foremost wish to extend our sincere support to those who have been and continue to be subject to violence in occupied Palestine, as well as to any and all civilians affected by the region’s bellicosity,” read the article.

We are not sure how these words will reach you, or whether they’ll do so at all. But our stance isn’t rooted in proximity or convenience, but rather in foundational principles we must uphold — even if (or perhaps especially when) it proves difficult.

The editorial board said that it is broadly and proudly supportive of PSC’s mission and activism, including its recent art display.

The admittedly controversial panels dare the viewer to contend with well-established, if rarely stated, facts. They direct our eyes towards the property and land confiscations, citizenship denials, movement restrictions, and unlawful killings that victimize Palestinians day in and day out.

Support for Palestinian liberation is not antisemitic

In the wake of accusations suggesting otherwise, we feel the need to assert that support for Palestinian liberation is not antisemitic.

“We unambiguously oppose and condemn antisemitism in every and all forms, including those times when it shows up on the fringes of otherwise worthwhile movements. Jewish people — like every people, including Palestinians — deserve nothing but life, peace, and security,” read the editorial.

Even for journalists, openly condemning the state’s policies poses an objective professional risk. Only last year, the Associated Press prompted outcry after firing a news editor over college-age tweets critical of Israel.

The controversial decision followed a long-established pattern: Dare question Israel’s policies or endorse Palestinian freedom and you will be shunned from the newsroom, past accomplishments or legitimate arguments be damned. For college students like ourselves, speaking bluntly about events in the region can prompt online harassment or even land you on a blacklist.

What this immense opposition to student activists and journalists makes clear is the overwhelming power imbalance that defines and constricts the ongoing debate. This stark power differential extends far beyond the arena of free speech, shifting from rhetorical to lethal on the ground in Palestine, where Israeli soldiers have killed nearly 50 Palestinians, including eight children, this year alone.

“As an editorial board, we are acutely aware of the privilege we hold in having an institutional, effectively anonymous byline,” read the editorial.

Even on this campus, many of our brave peers advocating for Palestinian liberation can be found on watchlists tacitly and shamefully linking them to terrorism, it added.