Inflation skyrocketed to 13.4% | The Express Tribune 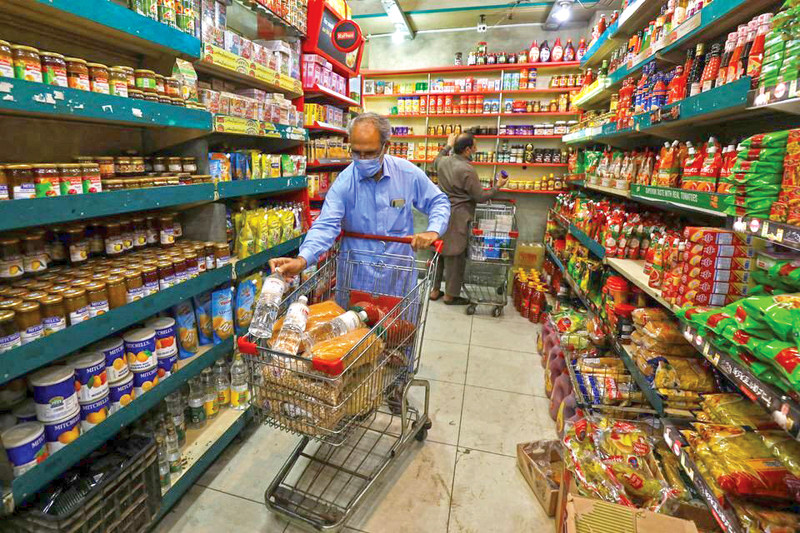 
The inflation rate in April skyrocketed to 13.4% – the highest pace since January 2020, putting the new government in a tight spot at a time when it had already committed with the International Monetary Fund to raise fuel prices to revive the stalled $6 billion (now $8 billion) bailout package.

The Pakistan Bureau of Statistics has reported that the Consumer Price Index (CPI) measured inflation rate has cloaked in at 13.4%. The pace of prices’ increase accelerated due to a surge in the rates of food and transport commodity groups.

It was the highest rate since January 2020 when the inflation was recorded at 13.7%.

The April reading has beaten the expectations of the Ministry of Finance that predicted the 12.5% inflation rate just two days ago. The fresh reading had also made the decision-making for the new government difficult because of its politically-sensitive nature.

In case it goes for an increase in the prices of petrol and high speed diesel as promised with the IMF to secure a lifeline for the country, it would face a severe backlash.

The IMF has asked Pakistan to immediately withdraw subsidy on petrol, which would result into roughly Rs29.6 per liter increase and also half the diesel subsidy in the first phase, which is currently estimated at over Rs73 per liter.

However, Prime Minister Shehbaz Sharif has again decided to keep the prices unchanged, for now, and was ready to pay Rs51 billion subsidy for just fist fortnight of this month.

Although the government has not increased the petrol prices, it was still expensive by 39% last month compared to the same month a year ago.

Pakistan has also sought the $7.4 billion bailout package from the Kingdom of Saudi Arabia and its details were being finalised. Finance Minister Miftah Ismail stayed back in the kingdom to finalise the package.

The CPI-based inflation rate jumped 12.2% in urban areas and 15.1% in villages and towns, according to the PBS.

It remained in double digit due to an increase in the prices of food items, which had been taxed by the last government. The pace of food inflation accelerated to 15.6% in cities and 17.7% in villages and towns last month, according to the PBS.

The prices of both non-perishable and perishable food products increased significantly last month. The food group saw over 17% increase in prices in April compared to the same month a year ago. Prices of perishable food items increased nearly 30%, according to the PBS.

Non-food inflation increased 10.2% in urban areas and 12.8% in rural areas, according to the national data collecting agency.

Core inflation – calculated after excluding food and energy goods – jumped 9.1% in urban areas and 10.9% in rural areas. The banks are lending the government to at a rate that is nearly 3% higher than the policy rate and 4% of the inflation rate.

The prices of tomatoes — an essential kitchen item — were higher by 125% last month compared to a year ago, followed by 62% increase in the rates of onions, and over 60% of various types of ghee and cooking oil, according to the PBS.

The prices of pulses increased over 40%, fruits 30%, meat one-fourth and vegetables by one-fifth, according to the PBS.

The constant double-digit inflation in the country has eroded the people’s purchasing power and a recent report by the World Bank said that poor families had spent half of their earnings on buying food.

Average inflation during the first ten months (July-April) remained in double digit and shot over 11% — far higher than the government’s target of 8% and the initial projection made by the SBP.