HomeSportsKirby Smart reflects on decision to leave Alabama and Nick Saban for...
Sports 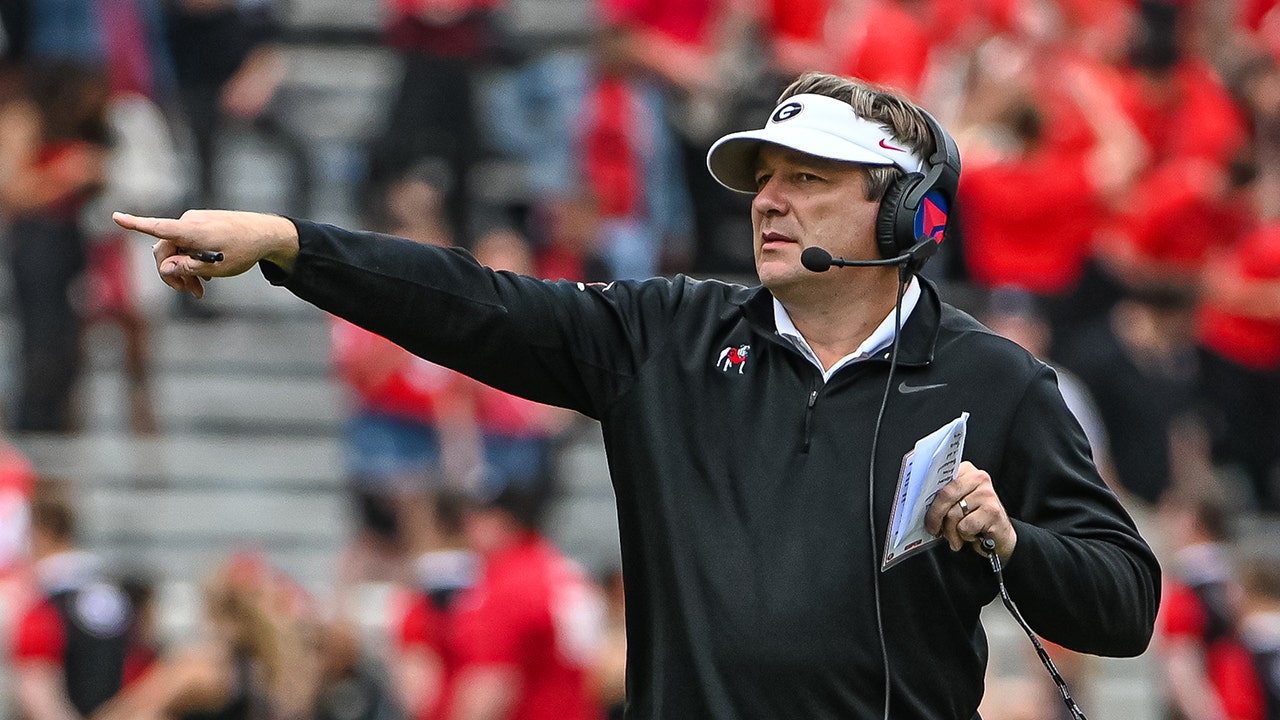 The decision for Kirby Smart to leave Alabama six years ago for a chance at rebuilding his alma mater Georgia has paid off significantly. It was always a gamble, taking over a team in the East and challenging his former boss Nick Saban on and off the field. But looking back on how things have played out so far and two SEC Championships later, I’d say he’s made the most of his opportunity.

He took everything he learned from Saban and laid a foundation at Georgia built off recruiting. All of those days shadowing the Alabama head coach has paid off on multiple levels. He has consistently put Georgia near the top of the recruiting rankings, won the SEC East four different times and led the Bulldogs to their first National Championship in forty years. Oh, and he’s just getting started.

Speaking with ESPN’s ‘First Take’, Kirby discussed that decision to leave Tuscaloosa and build a program of his own.

“I felt like it was the next step,” Smart said. “I had a great nine years there at the University of Alabama and then to get the opportunity to come home to my alma mater, it was a no-brainer. It’s a top-10 job in the country, top five job in the country. So when I got to go back I knew the race in the SEC is brutal. I mean, it’s brutal. Recruiting in the SEC, coaching in the SEC. But you get to coach guys like this. I knew taking on that role that we’d have to get through the SEC gauntlet, but if you get through that, sometimes the playoffs are even easier. That’s what we’ve been able to do when we get into the playoffs. It’s like playing an SEC team every week.”

Now comes the challenge that his former boss has been able to accomplish during his time in Tuscaloosa, which is backing up one title with another. We just witnessed 15 Georgia players get drafted, the most all-time by any school through seven rounds. Having to reload the defense won’t be an easy task, but the talent is there. Having Stetson Bennett return to Athens and lead this offense should bring stability to the offense. If this squad is going to repeat in 2022, they’ll have to find ways to get creative with Stetson at quarterback. But the decision-making part of Bennett’s game has improved, which Kirby talked about towards the end of spring practice.

“He’s always had talent to make a play with his legs, and he made some really critical plays (last season). He got us out of trouble against Michigan. He made an incredible run against Tennessee to score a touchdown. He’s done some really good things.But the biggest part now is the decision-making with the ball and not putting us in tough situations. I’ve really been pleased. He’s thrown the ball really well. We’ve had an extremely windy spring, and he’s got out and pierced the wind with some big-time throws and made some explosive plays for us.”

The challenge will come over the next few months, as Kirby Smart starts preparing for the upcoming season. There is a huge target on the back of the Bulldogs and continuing to move in the right direction is key for the program, especially coming off an NFL Draft that set records. I have no doubt that Smart can get the job done again, but it will take another group effort to get back into the playoffs.

Smart made the right decision six years ago to get out of the shadow and make his own name at Georgia, for which I am sure Nick Saban is proud of. Looking back, Kirby took a chance and it has paid off extremely well for the folks in Athens.