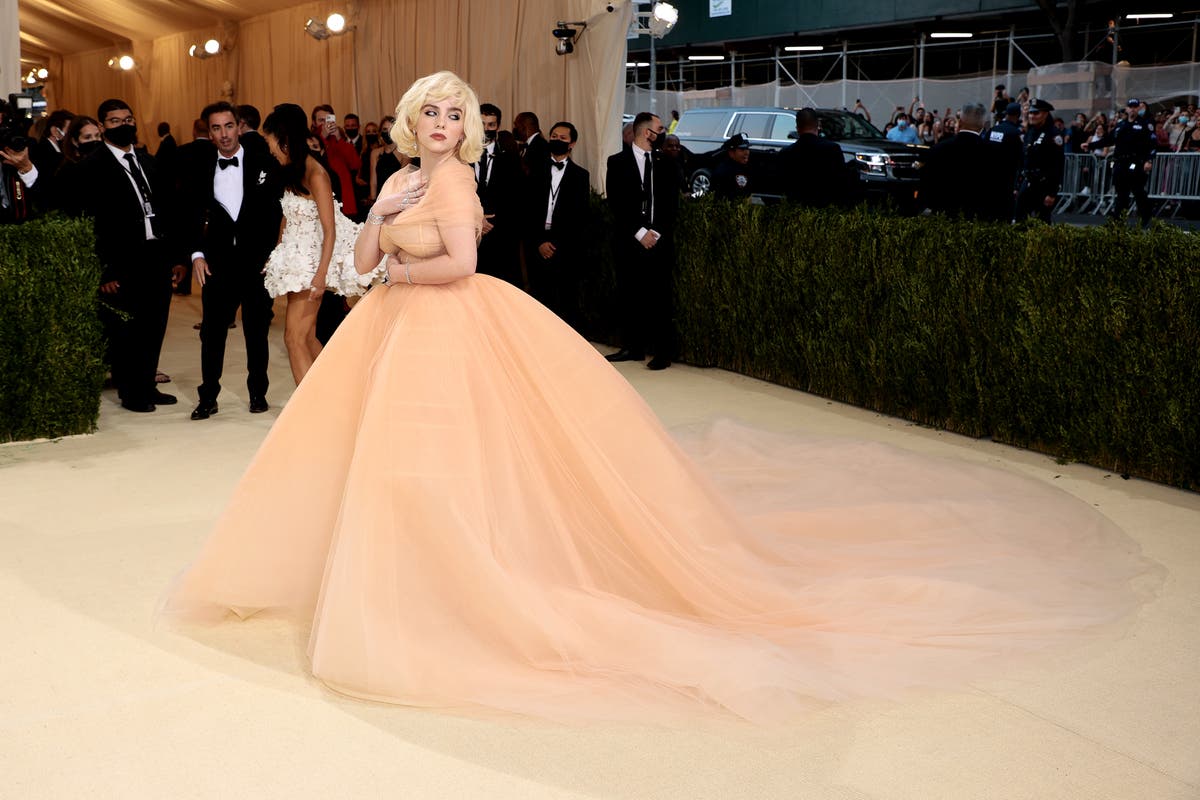 We are just hours away from the 2022 Met Gala, which will be the first time fashion’s most-anticipated event will take place on the first Monday in May in two years.

Last year, the Met Gala took place on 13 September and the year before, it was cancelled due to the pandemic. Usually, around 600 celebrities are invited to mark the glitzy event in their social calendars, but this year and last, the numbers are closer to 400.

The 2022 Met Gala’s theme is In America: An Anthology of Fashion, or “Gilded Glamour”, and is the second part of the Costume Institute’s exhibition, which opened on 18 September.

The first part of the exhibition was reflected in last year’s Met Gala theme, In America: A Lexicon of Fashion, which was in celebration of all things American Fashion.

As per tradition, the guest list for this year’s event has been presided over carefully by Vogue’s Anna Wintour, who has run the gala since 1995. It was announced earlier this year that the 2022 hosts would include Regina King, Blake Lively, Ryan Reynolds and Lin-Manuel Miranda, who will served as the night’s official co-chairs.

The Met Gala ‘is an assignment’, says Sarah Jessica Parker

The Met Gala is no regular red carpet and should be “labour intensive”, Sarah Jessica Parker has decreed.

“Whenever I go to the Met, I don’t understand how everyone else doesn’t spend seven to ten months working on it. Like how do you not arrive exhausted by the details of getting it right?” she said in a recent interview with US Vogue.

Amber Raiken has the details:

Laverne Cox has reminded everyone that her look during the 2019 Met Gala was “extravaganza”.

In a tweet, she posted a series of photographs of herself wearing a culptural black ruffled gown custom-made by Christian Siriano.

The theme of the 2019 Met Gala was Camp: notes on Fashion. It marked the Orange Is The New Black star’s first time attending the event.

Cox told US Vogue at the time: “Camp for me is a self-referential art form. It comments on itself.

“Camp employs an invisible wink, a kind of pastiche with tongue firmly planted in cheek. . . As Philip Core proclaims in the title of his 1984 book, ‘camp is the lie that tells the truth.”

Who are the other celebrities that fans think will be at the 2022 Met Gala?

Aside from Taylor Swift, there has been plenty of buzz around which celebrities might attend tonight.

K-pop fans are convinced that Korean-American singer Johnny Suh will be at the Met Gala tonight, due to an unexpected trip to New York City.

Suh, who has 8.2 million followers, is a member of K-pop boy abnd NCT.

The actor was spotted in New York City earlier today, and her hair stylist, Peter Lux, has also been posting Instagram Stories about preparing for the Met Gala.

Other celebrities that fans think might be there include Nicki Minaj, who last attended the 12019 Met Gala, and Timothee Chalamet, who was a co-chair and host at last year’s event.

The mysterious nature of the Met Gala’s final guest list has always sparked fan theories about who might attend.

This year, Taylor Swift fans are convinced that their favourite singer-songwriter might be gracing the red carpet.

The Red singer last appeared at the event in 2016, when she apparently met her current boyfriend Joe Alwyn.

Meredith Clark digs into why fans think Swift will be there tonight:

As the much-awaited event draws closer, here’s how you can watch it live:

Sarah Jessica Parker confesses she ‘was in love’ with Alexander McQueen

Sarah Jessica Parker is a fashion icon and red carpet expert, but even she’s had her shy moments.

Last week, while revisiting her favourite Met Gala looks, the Sex and The City star had wanted to work with the late Alexander McQueen for the 2006 Met Gala, which was themed AngloMania: Tradition and Transgression in British Fashion.

But she “didn’t really know him well enough to be so presumptuous [to assume he would want to come with me].”

My colleague Joanna Whitehead has the full story on the actor’s love for McQueen:

All of our favourite Blake Lively Met Gala outfits

Blake Lively and her husband, Ryan Reynolds, are one of four hosts and co-chairs of tonight’s event.

The couple of regulars at the Met Gala, but it’s Lively’s outfits that usually steal the show.

We’ve rounded up our favourite outfits worn by Lively at the event ahead of her hosting duties tonight:

2016: Manus x Machina: Fashion in an Age of Technology

Not everyone is as excited for the Met Gala as we are, it seems.

Designer Tom Ford claimed that the exclusive fashion event has turned into a “costume party” except an occasion where it “used to just be very chic people wearing very beautiful clothes”.

Celebrity stylists and makeup artists have been dropping hints on what the stars they’re dressing might wear on the 2022 Met Gala red carpet this evening.

Here are some of the most intriguing #MetPrep hints so far:

Erin Walsh, who styles the likes of Sarah Jessica Parker, Kerry Washington and Anne Hathaway, posted a photograph of a pair of blush pink Gucci platform heels on her Instagram.

The shoes have a covered-toe front with dainty cutouts and a pair of red lips on each sole.

She wrote in the caption: “Stepping into my higher(est) self with a little help from my friends.”

He posted a range of Clé de Peau Beauté lipsticks in different shades of red and plum, with the caption: “#MetPrep.”

The jeweller said that the vintage brooch would be making its “big Met Gala debut” today. While it’s not known which A-lister will don the beautiful brooch, Game of Thrones actor Sophie Turner is one of the A-listers following the company on Instagram.

The most controversial Met Gala themes ever

High drama is always the order of the day when it comes to the Met Gala – and some years have seen controversial themes spark big conversations both online and offline.

Sarah Young rounds up the most controversial Met Gala themes ever – from religion to accusations of cultural appropriation: