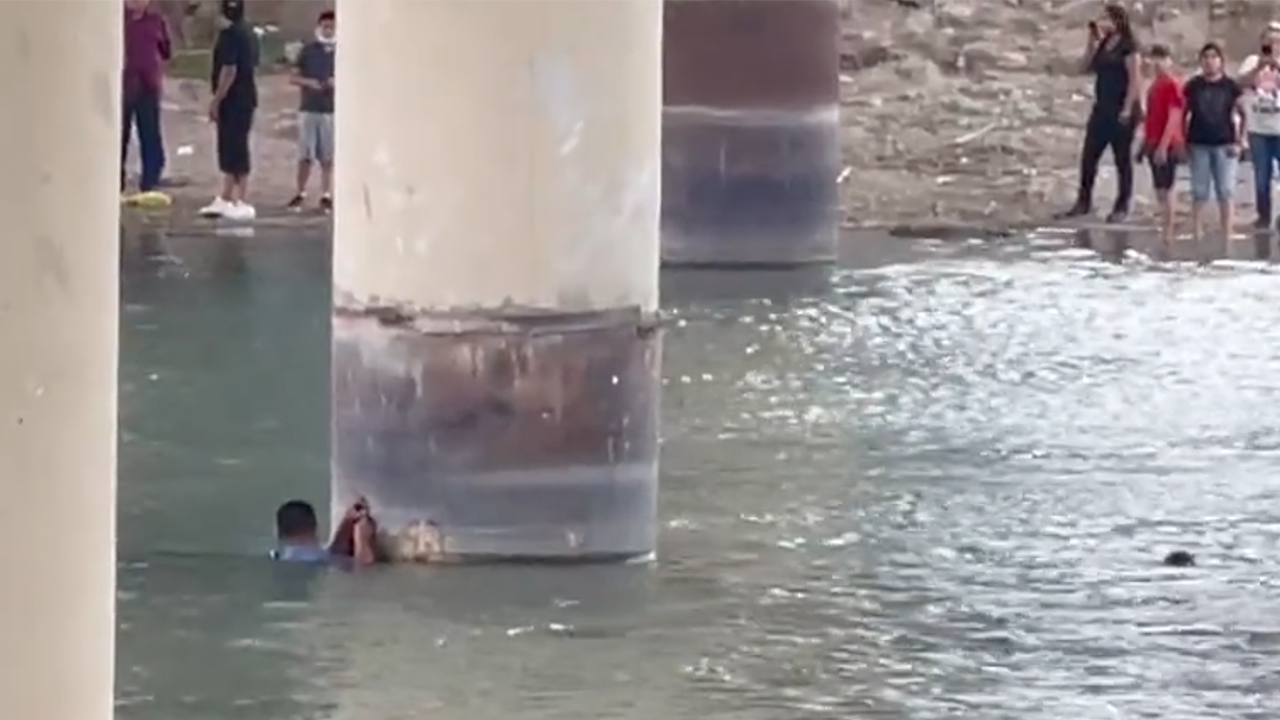 A migrant from Nicaragua drowned while trying to cross the Rio Grande river on Sunday in the same area where Texas National Guard member Bishop Evans drowned last month.

“A 38 yr-old Nicaraguan man drowned while trying to cross the Rio Grande River into Eagle Pass Texas,” Fox News correspondent Bryan Llenas reported on Twitter, accompanied by video of the scene. “Video show his friend holds onto a pillar. National Guard was there.”

The man was identified as Nelson by Llenas, who spoke to a friend who accompanied Nelson as they tried to make their way across the Rio Grande.

BISHOP EVANS, TEXAS SOLDIER WHO DIED SAVING MIGRANTS, TO BE LAID TO REST

“You can see the man struggling to tread water. His friend is holding onto a cement pillar screaming for help. Eventually, though, the man on the right goes under and does not come back up. He drowns,” Llenas reported on Monday on Fox News’ “America’s Newsroom.”

The drowning was witnessed by dozens of people, including Mexican and U.S. authorities. A Fox News drone was flying over the scene and captured the surviving man as he was holding onto the pillar.

The surviving man was identified himself as a 42-year-old from Nicaragua. Llenas spoke to him as he sat on the foot of a bridge in the middle of the river and urged him to not attempt to cross the river.

Nelson’s body was located by Mexican officials and taken to the Mexican side of the river.

The incident lasted roughly two hours and about 50 yards from two U.S. National Guardsman. The National Guard was ordered to not take part in any water rescues in the Rio Grande after the death of National Guard specialist Bishop Evans last month in the same area, according to Llenas.

Fox News reached out to the Texas Military Department and Gov. Greg Abbott’s office inquiring about the order to not assist with water rescues.

The soldier is identified as 22-year-old Bishop E. Evans who was from Arlington, Texas.
(Courtesy of Evans’ Family)

Evans, 22, disappeared on April 22 while trying to rescue two migrants who “appeared to be drowning as they illegally crossed the river from Mexico to the United States,” according to officials.