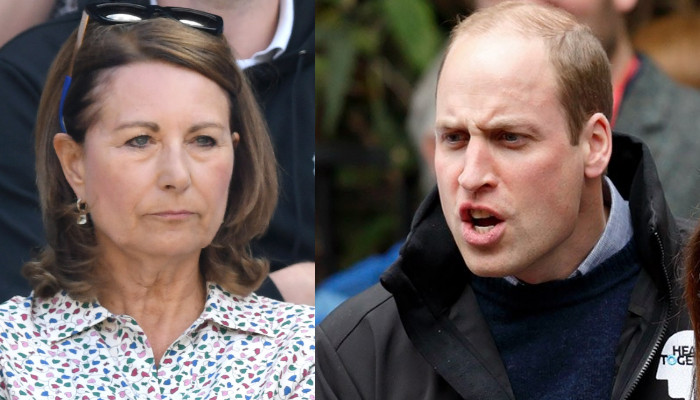 Prince William is said to have grown ‘irritated to no end’ of wife Kate Middleton’s mother, Carole Middleton, after she reportedly started interrupting the Cambridge’s home life, reported OK! Magazine.

According to an insider quoted by the magazine, Kate hasn’t talked to her mother in months after telling her to ‘back off’ from her home life with William and their three kids.

The source spilled that Carole would just show up to Kate and William’s house unannounced, and it got to a point where Kate had to put her foot down.

“Kate would be in the middle of a Zoom call or home-schooling the kids, and it would be Carole with a suitcase expecting to stay over,” said the source.

In fact, Carole’s behaviour even ticked off Prince William, with the insider saying: “She’d walk into the house like she owned the place and try to take over… and tell Kate how to dress the kids… It irritated William to no end.”

Prince William also “did not want his mother-in-law there at night after the kids were put to bed because it is the only quality time he gets to spend with his wife.”