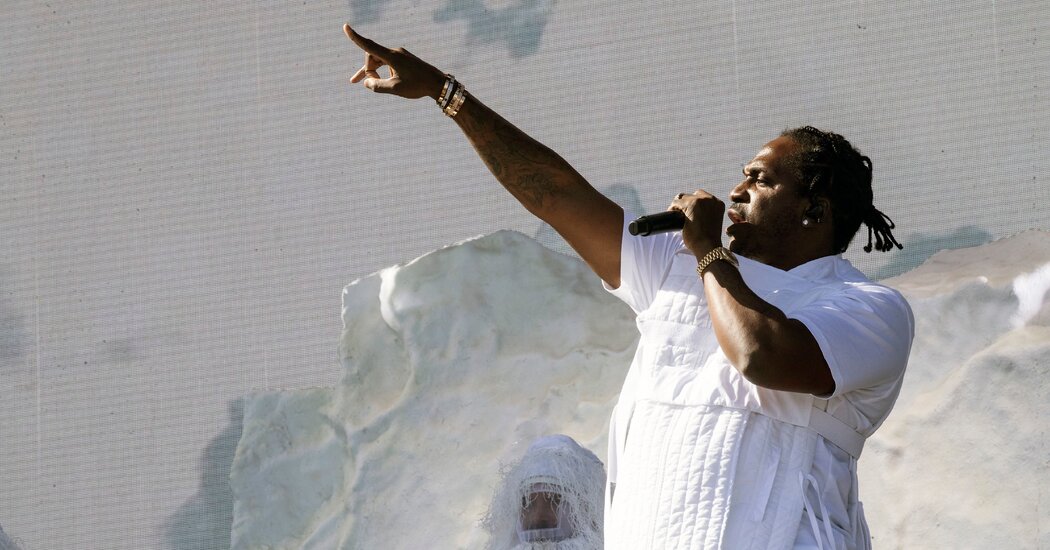 More than 20 years into a workmanlike rap career, Pusha T has landed his first No. 1 album.

From a start alongside his brother as one half of the Virginia Beach duo Clipse to recurring roles as Kanye West’s reliable consiglieri and a relentless Drake antagonist, the rapper born Terrence Thornton, 44, has seen his profile steadily rise throughout the release of four solo albums. His latest as Pusha T, “It’s Almost Dry,” tops the Billboard 200 with a total of 55,000 album equivalent units, including sales and streams.

The G.O.O.D. Music/Def Jam release, which features appearances from Jay-Z, West (now known as Ye) and Kid Cudi, saw most of its consumption happen online, with songs from the album earning 59 million clicks on streaming services, according to Luminate, the data service that now powers Billboard’s charts. Sales of “It’s Almost Dry” as a complete album totaled just 9,000, meaning 83 percent of its activity was via streaming.

The combined total represented the lowest sales for an album debuting at No. 1 since NF’s “Perception” in October 2017, Billboard said. Two weeks ago, “7220” by Lil Durk returned to No. 1 for the second time with the lowest sales for an album in three years. But sales for chart-toppers will likely rise beginning next week with new releases by Future, Jack Harlow, Kendrick Lamar, Harry Styles and more expected to power a livelier summer in the music business.

In the meantime, the rest of the Billboard Top 5 is made up of consistent holdovers, with each having taken multiple turns at the top: “Dangerous: The Double Album” by the country singer Morgan Wallen remains at No. 2 for yet another week, more than a year after its release; Durk’s “7220” is No. 3; “Sour” by Olivia Rodrigo rides a small bump to No. 4; and Disney’s “Encanto” soundtrack — with its streaming smash “We Don’t Talk About Bruno” — finishes at No. 5.