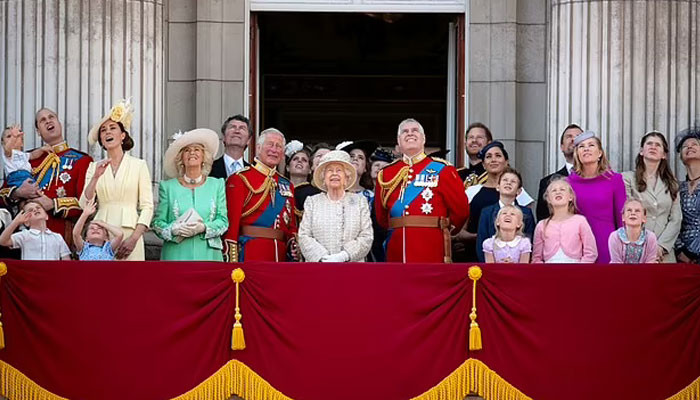 Queen Elizabeth II, who has become the first British monarch to reign for seven decades, was all smiles and stood unaided during her first official engagement since a week-long break on the Sandringham estate, suggesting as she’s set to celebrate her Jubilee events.

The 96-year-old monarch met face-to-face with Switzerland’s president and his wife at Windsor Castel last week, looking cheer form for photographs with Cassis and his wife Paola.

There are speculations about the Queen’s appearance on the Palace balcony during the Platinum Jubilee as the 96-year-old monarch has recently cut down on her public Royal appearances due to health issues.

Aides to the Queen are reportedly now revising her public plans for the historic milestone celebration. It’s now believed officials will now confirm her attendance only on the day of an engagement.

“It could still happen but it is by no means guaranteed that we will see the Queen on the balcony during the Jubilee,” a source with knowledge of the current situation told the Mail on Sunday.

While, Prince Harry and Meghan Markle have reportedly been invited to watch an RAF flypast on the balcony on June 2.

However, the Queen’s recent appearance at Windsor Castle has suggested as she’s all set to celebrate her events and would appear for the famous balcony shot to mesmerise her fans.