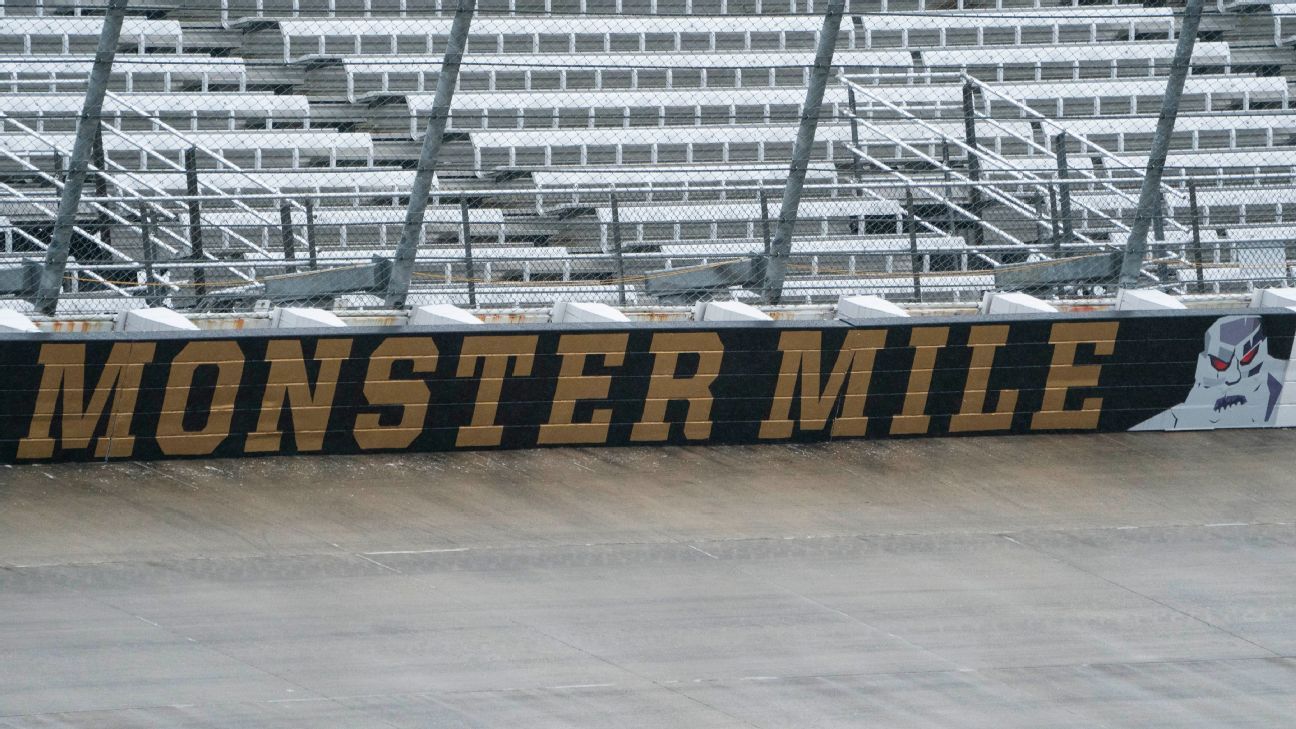 DOVER, Del. — Martin Truex Jr. has the blueprint for how to win at Dover Motor Speedway on Mondays.

Truex can win for the third time at the Monster Mile on the unconventional race day after rain stopped the action only 78 laps into the 400-mile race Sunday. Truex raced to his first NASCAR Cup win June 4, 2007, at Dover and 12 years later used another rainout to take the checkered flag on May 6, 2019.

It’s the fourth time out of 104 career Dover races it will run on a Monday.

With a green flag start just after 3 p.m., and no lights at the concrete mile track, NASCAR faced a tight window to reach the halfway mark needed for an official race. So they’ll fire the engines again at noon Monday with Hendrick Motorsports teammates Kyle Larson and Chase Elliott starting 1-2. Ryan Blaney is third, Truex is fourth and William Byron fifth.

Larson used his umbrella as a de facto cane as he walked back from pit road into the garage area. He stopped and posed for pictures with members of the Boys & Girls Club of Greater Dover.

Truex is winless this season with two top-five finishes over the first 10 Cup races. He won four races last season and would certainly like to break through into the win column, especially in the midst of contract negotiations with Joe Gibbs Racing. The 41-year-old Truex made his 596th career start at Dover and is set to join Kyle Busch, Kevin Harvick and Kurt Busch as active drivers with 600 starts.

“It’s a lot of races, but pretty cool though to be around as long as we have,” Truex said. “My career has not been easy. We have had a lot of tough years, been through a lot of stuff and to still be here battling, fighting for wins is pretty cool.”

He’s now a driver with solid Hall of Fame credentials.

“I see guys in the Hall of Fame and what they have done, and stat-wise it’s there,” Truex said. “But I don’t know. I’ve not really given it much thought.”

He had time to think on Sunday. Dover ordered a grandstand evaluation and asked fans to seek shelter or return to vehicles. Chris Buescher tweeted he was bored during the delay and held an AMA on Twitter. Among the revelations, a 1979 Ford Bronco is his dream car, and Rusty Wallace, and later Mark Martin, were his favorite drivers growing up.

Buescher won his only career Cup race in a weather-shortened race in 2016 — yes, on a Monday — at Pocono Raceway. Successes have been rare for Buescher since that checkered but he took the pole at Dover — his first in more than 230 career Cup races and 74 Xfinity starts.

“I guess it is not something that I have ever had a whole lot of emphasis on,” Buescher said. “At the end of the day, it is all about that checkered flag at the end of the race.”

It’s one he’ll have to chase at Dover on Monday.