Thiago has Liverpool dancing to a different beat | The Express Tribune 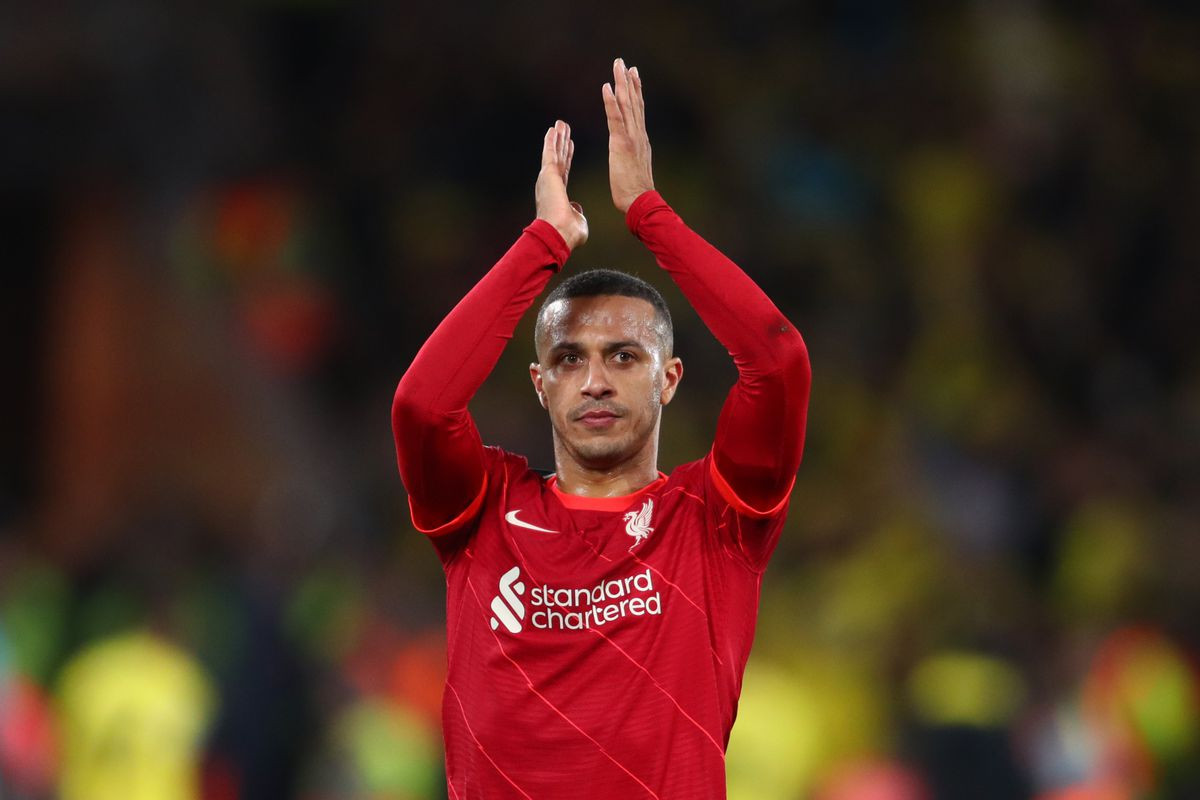 
Liverpool’s fast and furious football under Jurgen Klopp had already delivered a Champions League and Premier League title by the time Thiago Alcantara arrived at Anfield to much fanfare two years ago.

Few players in the history of the game can match the Spaniard’s medal haul that includes 11 league titles and Champions League glory with both Barcelona and Bayern Munich.

However, Thiago was not an obvious fit for Klopp’s energy-sapping demands of his midfielders.

Initial scepticism was borne out during a difficult first year in England for the 31-year-old. Thiago was just one of Klopp’s key men to miss a large portion of the season due to injury.

Yet, even when he was fit, there was criticism that the man whose ability to put his foot on the ball and control the tempo of the game moved too slowly for Liverpool’s swashbuckling style.

“He was unlucky with injuries and stuff like this at the start, but when he is fit he can give the game a real rhythm.

“He’s got an eye for that, he calms the game down in the right moments, he has a sensational overview of the game.”

That vision has come to the fore as Liverpool approaches immortality by winning an unprecedented quadruple.

The League Cup is already back in the Anfield trophy room and Klopp’s men will face Chelsea in the FA Cup final later this month.

Liverpool still need a slip-up by Manchester City in the final four games of the Premier League campaign if they are to win the title, but the two sides are on course to meet for a fourth time this season in the Champions League final.

Thiago was man-of-the-match as the Reds beat Villarreal 2-0 in the first leg of their semi-final to put one foot in the final.

No side has ever won all four major trophies on offer to an English club in the same season.

But Thiago has already completed a clean sweep in two different countries after winning trebles with Barca and Bayern.

“I enjoyed every period of my career,” he said when asked if he has ever played better than in recent months.

“For sure I am enjoying 100 percent my time here. We have this mixture of experienced players and younger players. We create this amazing ambiance that we help each other.”

Tellingly, Liverpool’s worst spell of the season coincided with Thiago’s absence due to coronavirus and a hip injury either side of the turn of the year.

The only time Klopp’s men have lost all season with him in the starting line-up was an inconsequential 1-0 defeat to Inter in the Champions League last 16 after winning the first leg 2-0 in the San Siro.

Liverpool have not lost by a two-goal margin in 56 games all season. Avoid such a defeat again on Tuesday and they will be in to a third Champions League final in five seasons.

The Reds have come a long way since the first of those finals when Real Madrid’s Luka Modric and Toni Kroos helped nullify Liverpool’s press in a 3-1 win for the Spanish giants in Kiev.

A rematch of that clash is also a possibility for Paris on May 28 should Madrid produce another famous European fightback from 4-3 down against City in the other semi-final.

However, this time Liverpool have the extra dimension of their own pass master with Thiago making them tick.