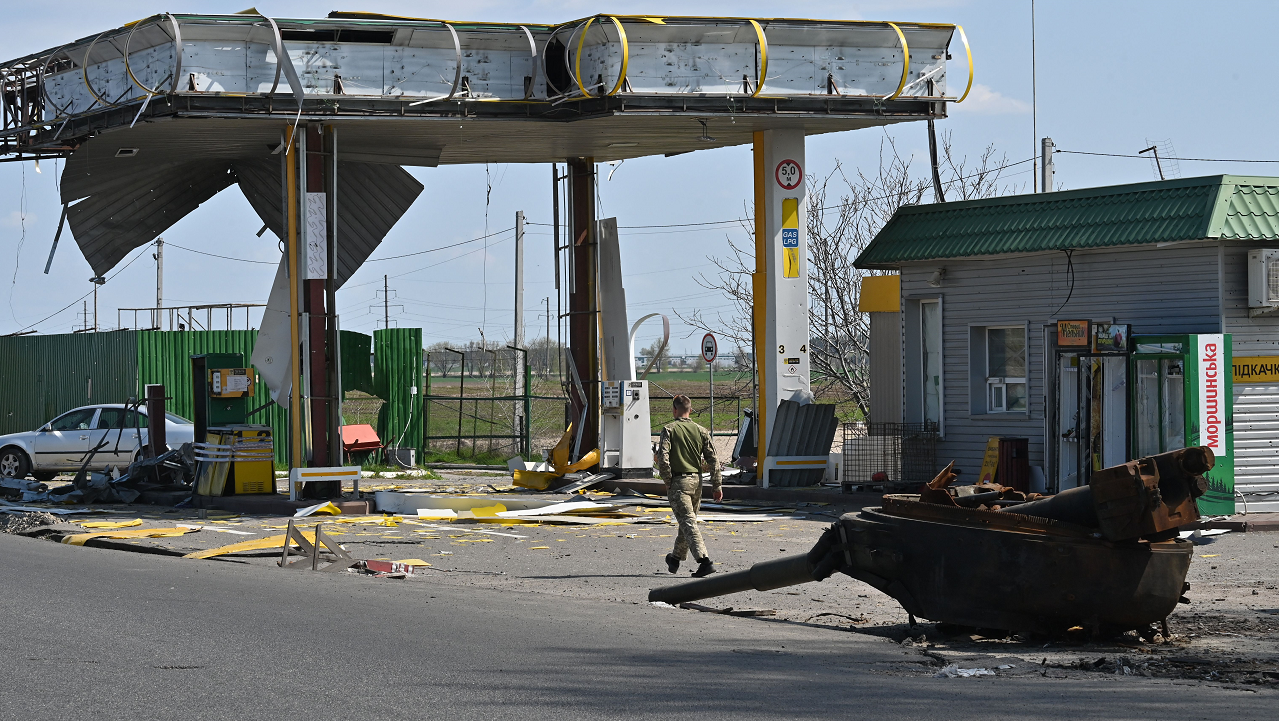 The number of civilians killed in Ukraine during Russia’s invasion has now surpassed 3,000, the United Nations announced Monday.

The tragic figure comes as Russia’s war in Ukraine has stretched to 68 days.

The Office of the United Nations High Commissioner for Human Rights (OHCHR) said Monday that 3,153 civilians have died there since Feb. 24, Reuters reports.

A view shows buildings destroyed by shelling in Borodyanka, Ukraine, on Monday, May 2.
(REUTERS/Zohra Bensemra/TPX IMAGES OF THE DAY)

More than 3,000 are believed to be injured as well.

“Most of the civilian casualties recorded were caused by the use of explosive weapons with a wide impact area, including shelling from heavy artillery and multiple launch rocket systems, and missile and air strikes,” the OHCHR said.

A Ukrainian soldier walks past the turret of a Russian tank next to a destroyed gas station in the village of Skybyn, northeast of Kyiv on Monday, May 2.
(Photo by SERGEI SUPINSKY/AFP via Getty Images)

“OHCHR believes that the actual figures are considerably higher, as the receipt of information from some locations where intense hostilities have been going on has been delayed and many reports are still pending corroboration,” it added.

A Russian military convoy stands on the road toward the Zaporizhzhia Nuclear Power Station in southeastern Ukraine on Sunday, May 1.
(AP)

“These figures are being further corroborated and are not included in the above statistics,” it also said.