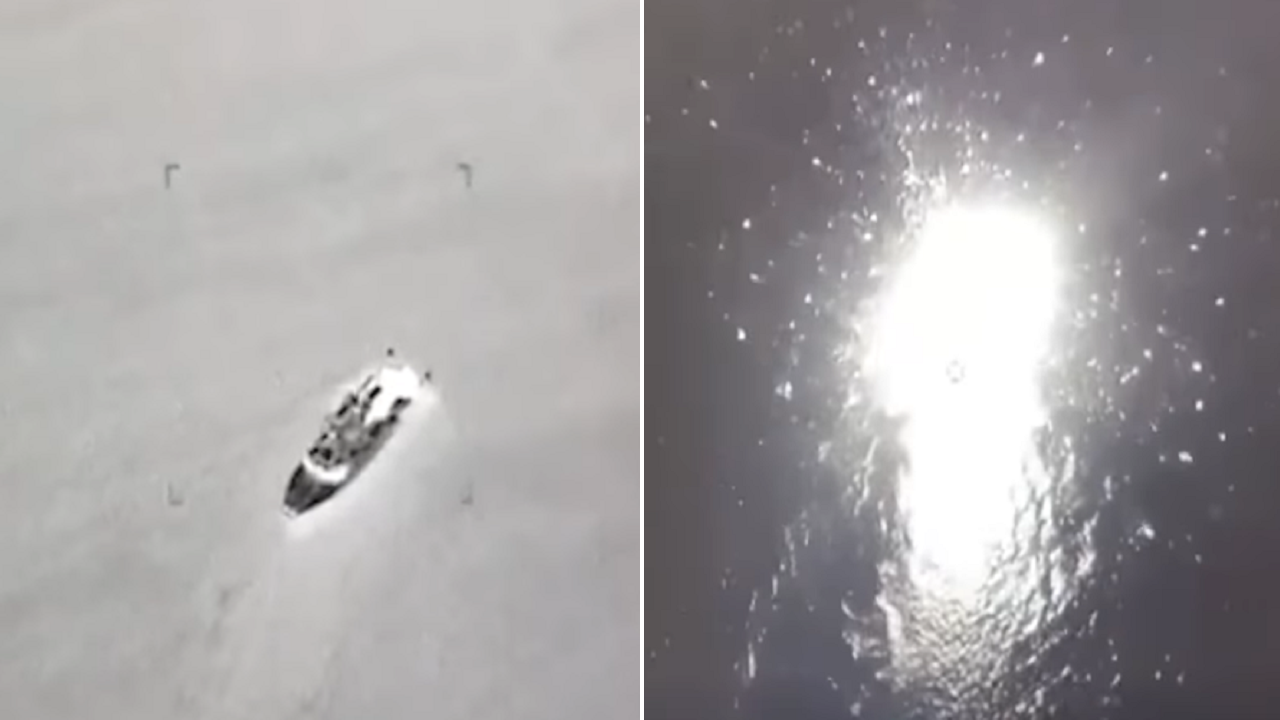 Ukraine’s military has released a video Monday purportedly showing two Russian patrol boats being blown up in the Black Sea.

The clip begins with an aerial view of one Raptor-class boat in the water. The ship then bursts into a fireball, sending debris and sparks flying through the air.

The second boat – which was on the move – suffers an identical fate.

Russia’s military has not yet commented on the video.

This split image taken from video purportedly shows a Russian patrol boat being destroyed in the Black Sea.
(General Staff of the Armed Forces of Ukraine)

The reported destruction comes a few weeks after Russia’s Moskva warship sank in the Black Sea.

In mid-April, a U.S. official had told Fox News that the U.S. believes that the flagship vessel was hit with two Ukrainian missiles before going underwater.

The Moskva was roughly 60 nautical miles south of Odesa at the time of the explosion.

Moscow claimed the ship sank after a fire on board caused a blast.

Share
Facebook
Twitter
Pinterest
WhatsApp
Previous articleMehul Choksi in Fresh Trouble, CBI Books Him for Inflating Value of ‘Lab Diamonds’ to Get Rs 25-cr Loan
Next articleLIC IPO opens on Wednesday: All you need to know