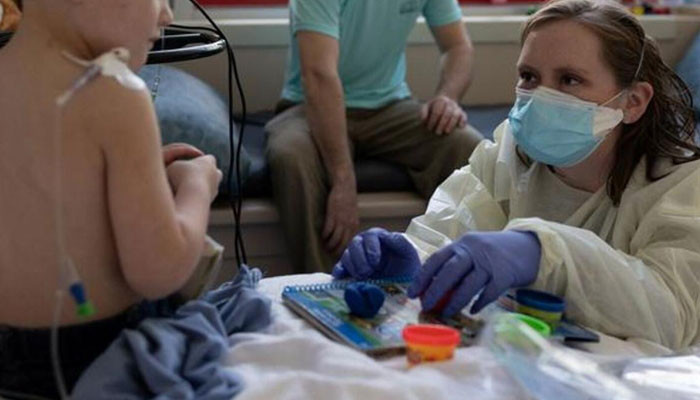 GENEVA: At least 228 probable cases of hepatitis of unknown origin in children have now been reported to the World Health Organisation from 20 countries, the UN health agency said Tuesday.

“As of May 1, at least 228 probable cases were reported to WHO from 20 countries, with over 50 additional cases under investigation,” WHO spokesman Tarik Jasarevic told reporters in Geneva.

Most of the cases are from Europe but there are others in the Americas, the Western Pacific and Southeast Asia, he said.

The WHO was first informed on April 5 of 10 cases in Scotland detected in children under the age of 10. More than 100 cases have now been recorded in Britain.

Some cases have caused liver failure and required transplants. At least one child is known to have died.

Many cases reported jaundice, and gastrointestinal symptoms including abdominal pain, diarrhoea and vomiting.

The WHO refers to the outbreak of severe liver inflammations as acute hepatitis of unknown origin among young children.

“While adenovirus is a possible hypothesis, investigations are ongoing for the causative agent,” it added.

Adenoviruses are generally known to cause respiratory symptoms, conjunctivitis or even digestive disorders.

After the discovery of the first 169 cases, the WHO said common viruses that cause acute viral hepatitis (hepatitis viruses A, B, C, D and E) were not detected in any of them.