6 Podcasts That Go Deeper on the Headlines 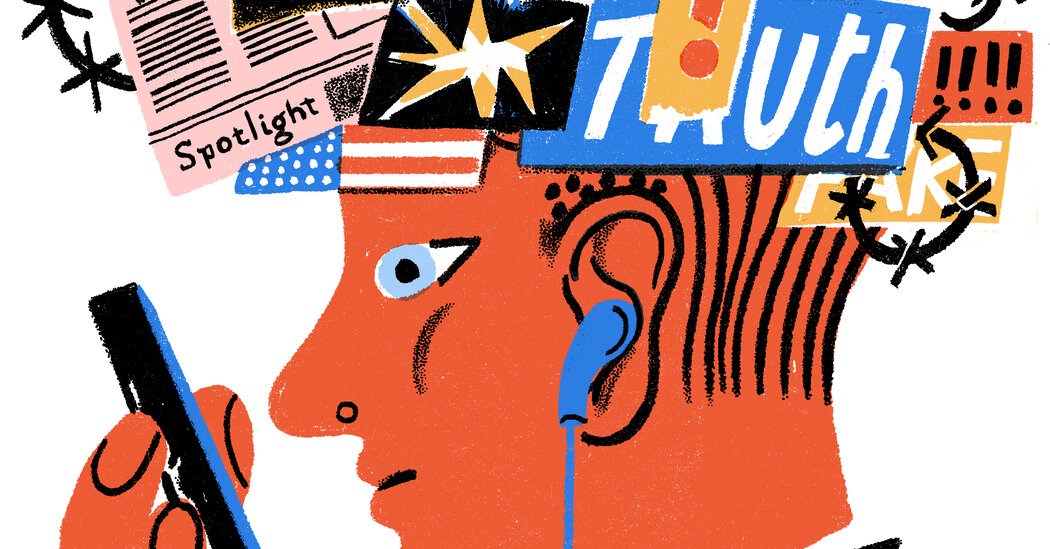 Last summer, a high-rise condo suddenly collapsed in the town of Surfside, just north of Miami Beach. It was an unthinkable catastrophe that left 98 people dead and countless others traumatized. It also raised a number of unresolved questions — “Buildings like this don’t fall down in America,” said Charles Burkett, the mayor of Surfside at the time. This harrowing series from The Miami Herald traces the events of that night minute by minute, before zooming out to explore the aftermath and ongoing investigation. Through interviews and on-the-ground audio clips, the voices of survivors, emergency medical workers, reporters and local officials combine to create a haunting and evocative portrait of what happened.

It’s been more than two months since Russia began its military invasion of Ukraine, escalating an eight-year-old conflict into a devastating war that has left civilians dead, cities destroyed and the world on edge. Given both the scale of the story and the reality of what’s happening, staying up-to-date on the latest developments can be a challenge. This NPR show launched in early March and operates more like a radio bulletin than a traditional podcast, with multiple new on-the-ground episodes released every weekday, each running for less than 10 minutes. Featuring reporters, aid workers, military personnel and civilians, the series explores the conflict from every angle, while also digging into the historical context.

Starter episode: “What Is Russia’s Plan B?”

The Sept. 11 attacks fall into the category of what some psychologists call flashbulb memories: moments of collective trauma about which people have unusually vivid recollections. It’s the reason many people can remember exactly where they were and what they were doing when they heard the news. But this series from Pineapple Street Studios focuses on what came after the flashbulb moment, and the losses that aren’t memorialized. Hosted by the filmmaker Dan Taberski (“Missing Richard Simmons”), “9/12” explores the ways America changed after the attacks, from seven very different perspectives. Among the voices: the creator of a film that helped spread a conspiracy theory; a Brooklyn business owner whose Muslim neighbors began vanishing in droves; and the staff of The Onion who found themselves tasked with writing jokes about the news in a post-9/11 world.

Weighing changes to the Insurrection Act. Some lawmakers on the Jan. 6 House committee have begun discussions about rewriting the Insurrection Act in response to the events that led to the Capitol riot. The law currently gives presidents the authority to deploy the military to respond to a rebellion, and some fear it could be abused by a president trying to stoke one.

Despite being one of the deadliest episodes of racist violence in American history, the Tulsa race massacre of 1921 has remained a largely unknown story until recently. A vicious white mob (supported by law enforcement) descended on a thriving Black neighborhood in Oklahoma, killing residents, burning homes and businesses and damaging a community that symbolized Black prosperity and success. Since the event has generally remained overlooked in schools, many people learned about it for the first time last year, when the combination of America’s racial reckoning and the 100th anniversary of the massacre propelled a wave of new documentaries about it. The second season of “Blindspot,” a series from the History Channel and WNYC, is an exhaustive and gripping chronicle of the long-hidden atrocity, and the ripple effects it had in Oklahoma and beyond.

Starter episode: “The Past Is Present”

More than a year after a violent mob stormed the U.S. Capitol on Jan. 6, 2021, much about the story feels incomprehensible. Investigators are still working to understand how the riot snowballed out of President Trump’s failed attempt to overturn the 2020 election and how rioters were able to go so far unimpeded. In the meantime, this MSNBC show offers an incisive glimpse into the mind of one person in that crowd — Rosanne Boyland, who was crushed to death by the mob. She had little interest in politics until mid-2020 and wasn’t much of a Trump fan. In just a few months, her friends and family believe, she was radicalized. Over the course of five episodes, the host, Ayman Mohyeldin, tries to uncover exactly how.