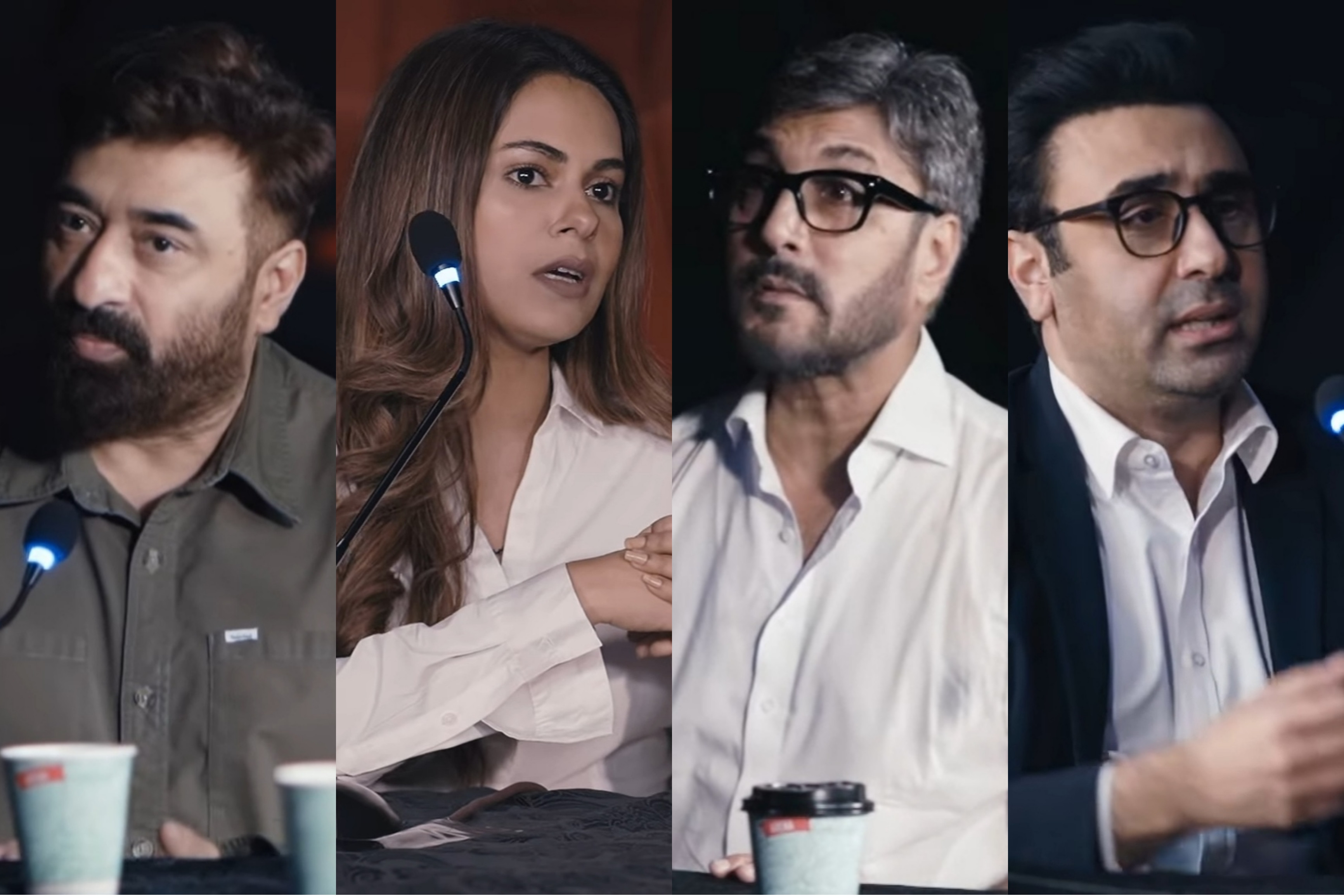 Film critic Kamran Jawaid recently brought together film and television industry bigwigs for Pakistan’s first-ever showbiz roundtable. The talk featured select actors and producers from the industry’s cinematic Eid offerings, which include Ghabrana Nahi Hai, Parde Mein Rehne Do, Chakkar and Dum Mastam. According to Kamran, filmmaker Syed Noor, who has helmed the Punjabi-language film Tere Bajre Di Rakhi, was unavailable and thus could not take part in the talk.

Speaking of the nerves that accompany his latest offering, the murder-mystery Chakkar, Yasir shared, “It’s interesting to note that in the last three films I produced, there wasn’t this level of tension… What we are most scared of is whether people will actually go to the cinema or not. We were just in the process of figuring out how to get people back to cinemas, but then the state that the government of Pakistan is in, it has made us even tenser.”

Adding how Indian releases previously helped the local industry as well, he said, “When we had Indian films, there was footfall [in cinemas] so it wasn’t a problem. We’d promote the film in the final 12-15 days, but this time we all started well before Ramazan.”

However, for Amar, who stars in Dum Mastam, the magic of cinema remains. She shared, “People often say that the time of cinema is over. But, just because you can order food off an app, doesn’t mean people have forgotten how to dine out in a restaurant. You can watch cricket matches on your cell phones, but now, ever since stadiums reopened, you haven’t forgotten attending them.”

On the communal nature of cinemas, the actor added, “Initially people were reluctant to go to cinemas but, now, the audience is entertainment-deprived. I don’t think people will go to cinemas because of ‘variety’, but they may do so to collectively consume content. Cinema is the only art in which you collectively go through an immersive experience. I don’t know you, but if you are laughing [while watching a film], I may end up laughing as well.”

Adnan, who has made his production debut with Dum Mastam, shared his views on the high stakes nature of the releases, “The higher the risk, higher the mark. You can’t do anything in the world without risk, whether it’s a smaller medium or the silver screen. You’ll have to take the risk. If I said that I won’t come out with my film because there are three others releasing at the same time, it would have been the wrong decision.”

On the need for more films per year, he continued, “The more films we produce, the bigger our business will be. If films aren’t produced regularly, people will keep waiting for Eid. What we need is to continue this process that is starting with Eid.”

Speaking about the difference between film and TV, Ali, who stars in Wajahat Rauf’s Parde Mein Rehne Do shared, “I feel that they’re both very different mediums for an actor to be in. I think with film, you have a lot more time to get into your role and think about what you want to do with what you’re given. I think that’s one of the biggest assets, to have time as an actor to prepare for a role. Unfortunately, in dramas, we don’t have that kind of time.”

However, Chakkar actor Ahsan disagreed. He explained, “My experience is a bit different from Ali’s. Even for my dramas, I take two to three months to prepare for a role. It is my job as an actor, it doesn’t matter if it’s TV, film or theatre. I give it an equal amount of preparation, whether it’s a minor project or a major one.”

Offering clarity on his point of view, Ali added, “Every actor has a different experience and is approached differently for scripts. I have never gotten a script three months in advance where I’ve had time to prepare. That’s a luxury. I wish I did. It would change the outcome of all of my roles. Majority of the time I have no more than two to three weeks.”

Elaborating on the difference between film and television, Amar asserted, “Fortunately or unfortunately, it’s been Pakistan’s forte to make good dramas, not good films. This is a fact that we can’t deny. Making a film is a difficult task.”

Contrary to Amar’s statement, Wajahat responded with, “We make 20 films per year and 1500 dramas. Look at the ratio. We’ll have four to five films that are a hit and five to ten dramas. It’s all about stats… So, I disagree over the fact that dramas aren’t better. The 40 to 50 crores that films have made from 120 screens, you state this screen average to a foreigner and they won’t believe you. Film has a place of its own. People are paying Rs800 per ticket and we’re making crores, then definitely we have power.”

After the conversation tilted towards film criticism and the importance of reviews, Wajahat expressed his frustration over “unqualified criticism” that takes issue with the creative licence filmmakers exercise. He stressed, “Cinematic and creative licence exists. Talk about the story, character arcs and the logic, that’s when we’ll accept and acknowledge our weaknesses and take care not to repeat them in the next film.”

Yasir, however, was against the idea of reviews being published within the first couple of weeks of a film’s cinematic run altogether. Sharing a conversation he had with another film critic, he shared, “I said there should be reviews, but films should be given ten to fifteen days [in cinemas] first, then you can softly review them. You can criticise them but in a proper way. They responded by saying, ‘Why should we be gentle with our reviews when the viewer is buying a ticket worth Rs800, don’t you care about them?’”

He added, expressing his anger, “I said you care about the person spending Rs800, but you don’t think of the person investing six to seven crores?”