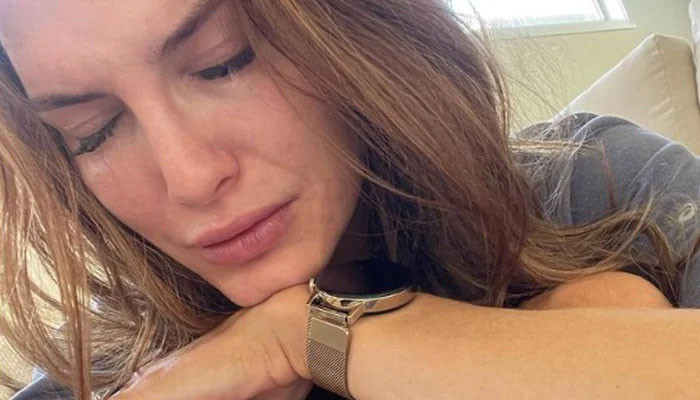 Australian presenter Erin Holland — who is the wife of renowned cricketer Ben Cutting — took to Instagram on Tuesday to share a heartbreaking post about her IVF journey.

In her social media post, the sports presenter shared an image of her weeping, and posted it along with a long caption in which she explained she felt like a “failure”.

Erin married Australian cricket star Ben Cutting in 2021. She, in her post, spoke about how she is afraid of letting her husband down.

She wrote: “Last year, we found out the only real option to have a baby for me is IVF. As someone who went in just wanting to freeze embryos until the time was ‘right’, I have grappled with the confusing feelings of the loss of any ‘normality’ of this process, feeling like the universe was telling me I’m not meant to be a mother, the guilt of letting Ben down, but am I even ready, feeling physically broken, etc”.

She further added: “Yesterday we found out that our first round of IVF resulted in nothing viable, [and] the sense of failure is overwhelming. The toll on the mind [and] body, the injections, the cost… but I am so grateful for modern medicine – it will take a village to create this baby, let alone raise it.”

Erin concluded the post by stating that she is sharing her journey with the hope of reaching out to other women going through the same.

She wrote: “The fact that IVF is even a possibility blows my mind. I know it’s only the very beginning of this journey, [and] I thought about only sharing it when it was over, if ever. But maybe that’s not the point — all I have done is seek out information/podcasts/real-life accounts from others going through this. So here we are. To everyone in a similar boat, I hear you, see you, feel you.”