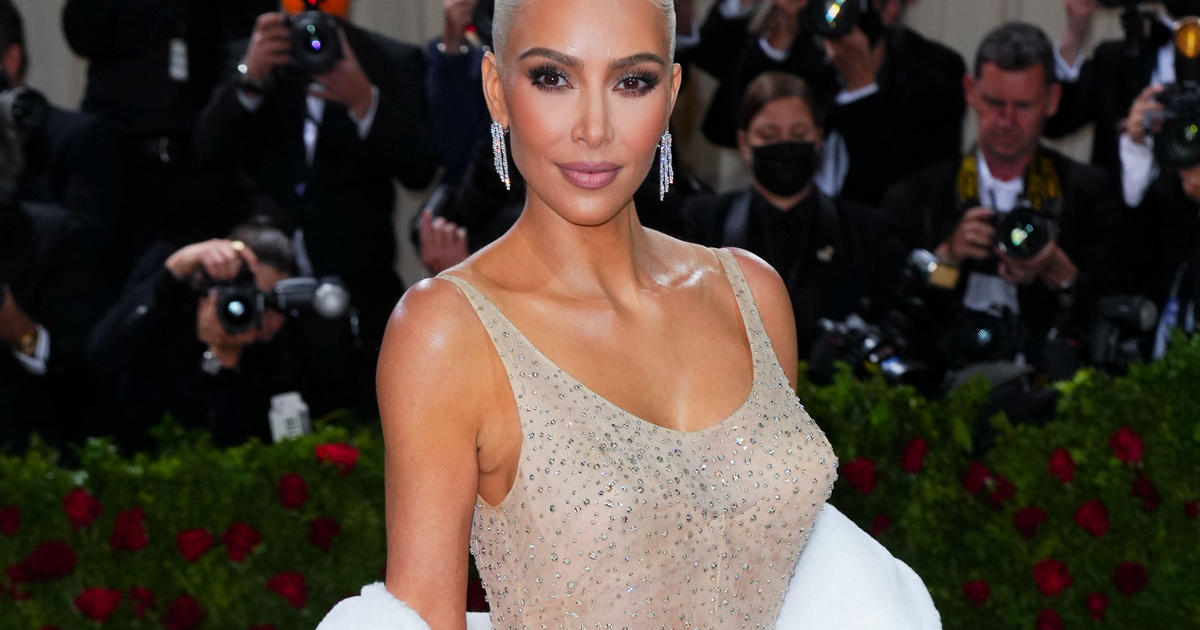 When Kim Kardashian was envisioning how she would embody this year’s Met Gala theme in her wardrobe, she had one question in mind: “What’s the most American thing you can think of?” And when she stepped onto the red carpet on Monday night with platinum blonde hair and a dazzling 60-year-old crystal-covered dress, she revealed her answer: Marilyn Monroe.

In embracing this year’s theme of “In America: An Anthology of Fashion,” Kardashian wore the exact dress that Monroe did when she sang “Happy Birthday” to John F. Kennedy for his 45th birthday in 1962. Monroe’s iconic dress, originally bought for an estimated $1,440, was sold for $4.8. million at an auction in 2016 and is currently maintained by Ripley’s Believe It Or Not Museum, according to Vogue.

The gown is now valued at more than $10 million, according to Ripley’s.

“I am so honored,” Kardashian wrote on Instagram. “…It is a stunning skintight gown adorned with more than 6,000 hand-sewn crystals by costumier Jean Louis. Thank you Ripley’s Believe It or Not! for giving me the opportunity to debut this evocative piece of fashion history for the first time since the late Marilyn Monroe wore it. I am forever grateful for this moment.”

But getting the dress – and making sure it would work for the red carpet – was no easy feat, Kardashian told Vogue. The multi-million dollar dress has not been worn by anyone since Monroe and is kept in a temperature-controlled vault. The dress could not be altered, so it would only work if it fit her as-is.

When it came time for the ball, she had to put on the gown in a small fitting room by the Met Gala steps to ensure there was as little time as possible for a spill or error to occur. At the steps, a Ripley’s conservationist wearing white gloves helped her dress.

“I’m extremely respectful to the dress and what it means to American history,” Kardashian said. “I would never want to sit in it or eat in it or have any risk of damage to it and I won’t be wearing the kind of body makeup I usually do.”

And when she debuted the dress on the red carpet, it was only for a few minutes. As soon as she got up the stairs, she changed into a replica of the dress that is also owned by Ripley’s. The dress, according to Vogue, was one of three of Monroe’s dresses that Kardashian wore to the Met.

Ripley’s says on its website that they “strongly feel that this dress is the most famous item of clothing from twentieth century culture.”

“With both political and pop culture significance, Monroe’s dress tells a tale and has its own mythos full of unbelievable stories,” the website says. “Ripley’s Believe It or Not! Odditoriums invite guests in to see and experience things they would never see elsewhere, and this dress goes above and beyond.”

The dress will be on display at Ripley’s Believe It or Not! Hollywood beginning Memorial Day weekend.