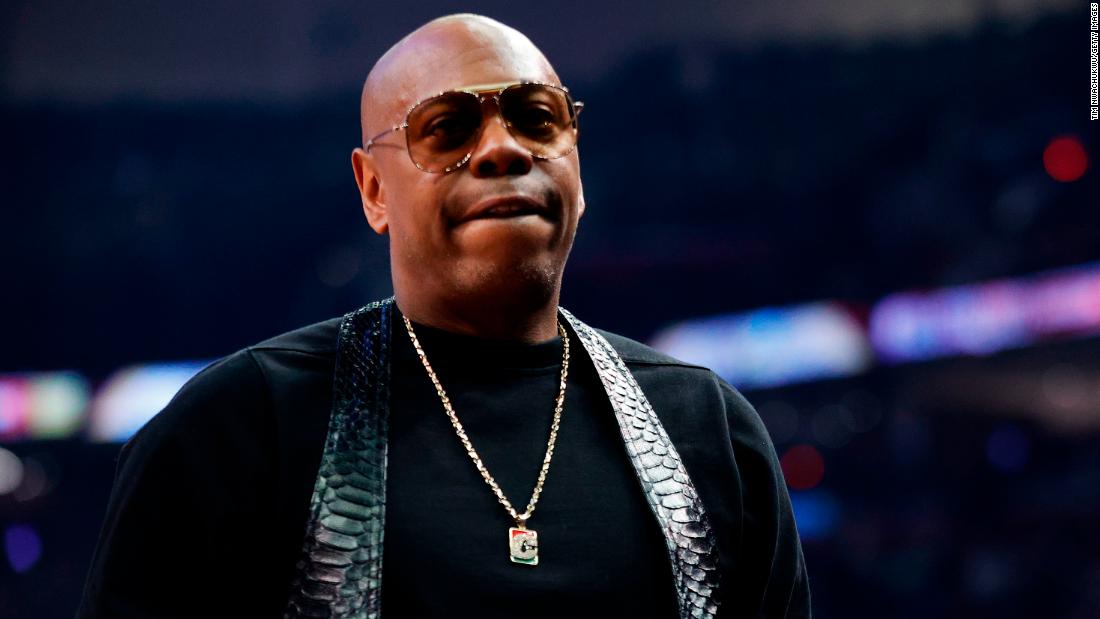 “As unfortunate and unsettling as the incident was, Chappelle went on with the show,” Carla Sims, Chappelle’s representative, said in a statement to CNN. “Jamie Foxx and Chris Rock helped calm the crowd with humor before Chappelle introduced the last and featured musical guests for the evening.”

The man who tackled Chappelle had a knife and is in custody, Los Angeles police told CNN. The man was booked for felony Assault with a Deadly Weapon, according to a LAPD press release.

LAPD spokesperson Officer Lizeth Lomeli told CNN that Chappelle “had finished his act and as he was exiting the stage, a male who was part of the audience jumped on the stage and tackle(d) this celebrity to the ground.”

The suspect, 23, was arrested for assault with a deadly weapon and taken to a hospital for medical treatment, Lomeli said. The victim “was not injured as a result of the crime,” she said.

The weapon was a “knife blade,” Lomeli said.

LAPD Officer Rosario Cervantes told CNN the suspect had a knife that was a replica handgun.

Police later released photos of the weapon, which was collected and booked as evidence, according to a release from LAPD.

Sims said Chappelle is “fully cooperating” with the police investigation of the incident.

The motive of the apparent attack remains unclear.

Chappelle was performing at “Netflix is a Joke: The Festival.”

“We care deeply about the safety of creators and we strongly defend the right of stand-up comedians to perform on stage without fear of violence,” a Netflix spokesperson told CNN in a statement.

Jed Simon, an audience member who was at the show told CNN that Chappelle was finishing up his set and was about to introduce a musical act when a man climbed up to the stage and tackled the comedian.

Simon said he was sitting in the third row and was enjoying the show with his friends when he witnessed the incident.

“Some guy in front of us just climbed up on the stage. I was like ‘what the f*** is happening? He came right from the audience.” Simon told CNN. “Next thing I know he lunges at Dave and tackles him to the ground pretty aggressively. I was like what is going on?”

CNN correspondent Rachel Crane was also in the audience and described the bedlam after the attack.

According to Crane, the suspect was wearing a backpack. He was dragged stage right, where he was being subdued, when Chappelle said, “Don’t do this on stage, take him off.”

CNN has reached out to the Los Angeles Fire Department and the Hollywood Bowl for more information.