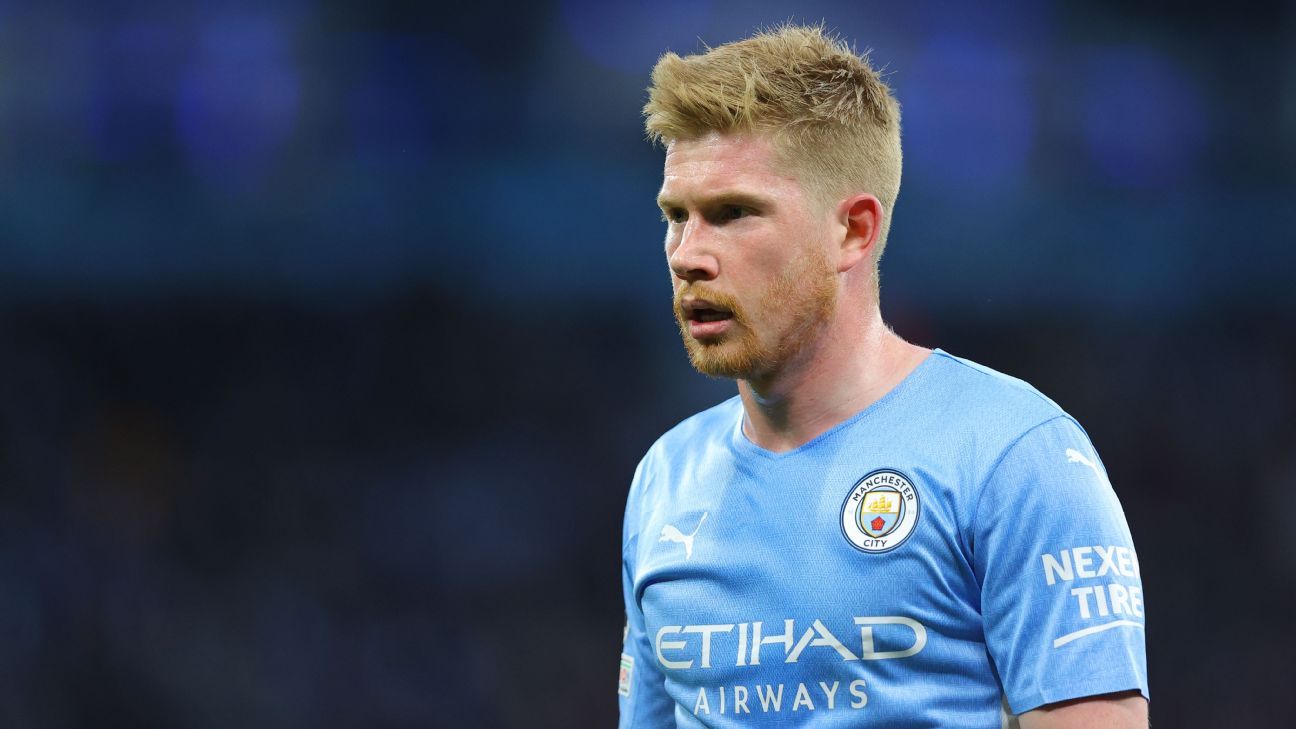 Midfielder Kevin De Bruyne says winning the Champions League for the first time would “change the perspective” of Manchester City.

City face Real Madrid in the Bernabeu on Wednesday for a place in the final and a chance to lift the trophy for the first time in their history.

Pep Guardiola’s side have swept up a host of domestic titles but De Bruyne said the Champions League would elevate the club to another level.

“I think it would change the perspective from outside,” De Bruyne told a news conference on Tuesday.

“As a player you want to win trophies and we want to win this one. The fact we’ve been fighting for numerous years and getting to the latter stages means we’ve been doing really well.

“It’s a cup competition and the quality is very high so it’s very difficult to win it but in the end if you look back at the way we performed and I have performed over seven years we have done really well. We have not won it but winning it would change that little narrative.”

City head to Spain with a 4-3 advantage from the first leg at the Etihad Stadium last week.

Guardiola is set to make a late decision on whether Kyle Walker is fit to play after the England right-back returned to training on Tuesday. Walker has missed the last five games with an ankle injury but will travel to Madrid.

“Kyle trained and he is going to travel and tomorrow we will decide,” Guardiola said. “He was three weeks without training. We will decide tomorrow but we are happy he is back and he will try to be in contention.

“Joao is no doubt, he feels really good and Kyle we will see tomorrow how he is when he wakes up and how he trains this afternoon.”

City are aiming to reach the Champions League final for the second year in a row and also have recent experience of winning at the Bernabeu after knocking out Madrid in the round-of-16 in 2020.

Guardiola said his team are prepared for another big occasion but admits it’s no guarantee of a positive result.

“You are talking about the experience, but the question is what do you learn from this experience,” Guardiola added.

“If you don’t learn anything, you make the same mistakes. But every game is completely different. It’s difficult for me to compare like we live last season in Europe in the last stages.

“When you think I have been there and I know how to handle the situation, that helps but it is not a guarantee. Because we have been there before doesn’t mean that we are going to play good or perform well.

“This is what we will try to do and they know we have to perform well and our best to reach the final.”