Louvre Bids to Keep a Chardin Bought by U.S. Museum in France 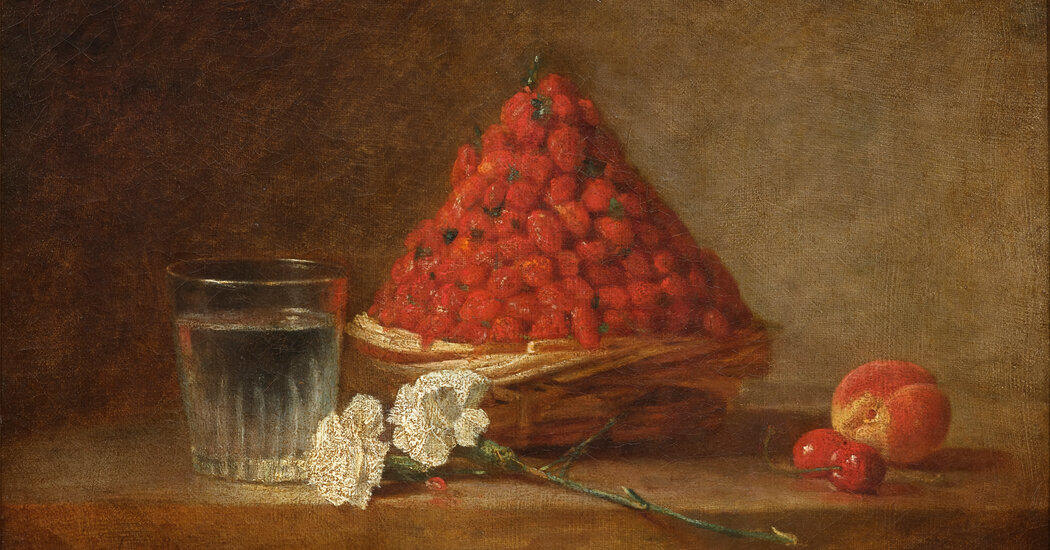 On a computer screen, the still life “Basket of Wild Strawberries” by the 18th-century French painter Jean Siméon Chardin is quiet and unassuming.

His talent in capturing the reflection of light off the rim of a water glass is muted in that setting. In person, though, it casts a spell.

“It’s deceptively simple, and it’s absolutely captivating and it’s magical,” said Eric Lee, the director of the Kimbell Art Museum, which bought the work at auction in France in March for more than $22 million. “The painting completely mesmerized me, and it mesmerizes almost anyone who sees it.”

But now the Kimbell, whose successful bid for the work was first reported by the Art Newspaper of France, has to wait to see whether it can actually export the picture, which it purchased at the auction house Artcurial in Paris.

The Louvre has requested that the artwork be classified as “a national treasure” and is looking for sponsorship to purchase it. Under French law, the export can be frozen for 30 months, or two and a half years.

“We are fully mobilized to bring it into the national collection,” Laurence des Cars, the president and director of the Louvre, told Le Figaro in March.

The Louvre reportedly has 41 works in its collection by Chardin, who often portrays fruits like plums, melons and peaches in his still lives. This work, painted in 1761, is the only one to focus on strawberries.

“Basket of Wild Strawberries” was rediscovered a century later, then resurfaced again in 20th-century retrospectives in Paris. The Artcurial description characterizes it as “one of the most famous and emblematic images of the French 18th century.”

“I agree that the painting is a national treasure of France,” Lee said in an interview. “But I also believe that it is a world treasure and could serve as an ambassador of French culture.”

Most recently, Lee saw the work in February, when it was sent from a private collection to New York’s Adam Williams Fine Art gallery on the Upper East Side. The Kimbell, which is in Fort Worth, Texas, was aware that it may not be able to obtain an export license, but museum leaders thought the painting would be worth the risk — and the wait, Lee said.

“It is a world treasure and it should be seen before the public,” Lee said. “It should not be hidden away in a private collection. And so it’s absolutely critical that a painting like this be made available to the public.”

The Kimbell Art Museum building, opened in 1972, was designed by Louis I. Kahn, widely considered “America’s foremost living architect” at the time of his death in 1974. Kahn played with natural light in the Fort Worth building, suffused with skylights, reflectors and cycloid barrel vaults.

“Envisioning this painting hanging in our galleries, I don’t think anything could be more beautiful,” Lee said. “The qualities of the painting — that intimacy, serenity and timelessness — those are qualities also seen in the architecture of Louis Kahn.”